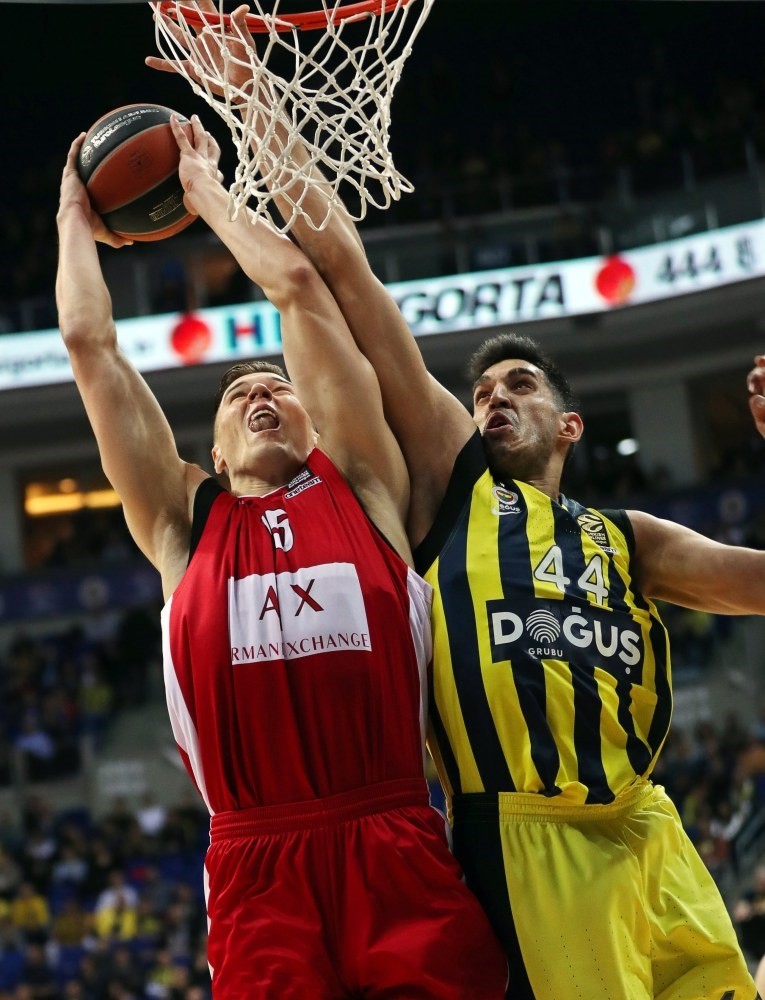 An electrifying week closes out with another cracker as Real Madrid (14-9) hosts Fenerbahçe Doğuş (16-7) in a repeat of last season's semifinal and the 2015 final.

The game could be decided by a simple question of whether Fenerbahçe's defense can stop a Madrid offense led by top-ranked performer Luka Doncic and in-form Facundo Campazzo. The Turkish champion has conceded the fewest number of points in the league, an average of 73.2 per game, while host Real Madrid boasts the second-best offensive record with 84.7 points per game.

In the other match of the day, Crvena Zvezda and Unicaja Malaga will also meet in Spain. Two teams still on the fringe of the playoff race meet for a key showdown as Zvezda (9-14) seeks a home victory against an in-form Unicaja (10-13), which has won two in a row at home and is now looking to end a three-game losing streak on the road.

Zvezda is the least effective 3-point shooting team in the competition, having made just 34.0 percent of its long-range attempts, and is also the worst defensive rebounding team in the league with an average of 20.2 per game.

Unicaja will look to maintain its recent defensive form, having allowed an average of just 68.7 points in its last three games.

And finally, the Athens derby between Panathinaikos Superfoods and Olympiacos Piraeus has plenty of significance in the playoffs picture

as Panathinaikos (14-9) hopes to climb out of a four-way tie for fourth place, while Olympiacos (16-7) aims for a victory to maintain a share of second.

The home team has suffered a dip in form in recent weeks, losing four of its last six games, and as always needs to be wary of the resurgent Vassilis Spanoulis, who delivered one of his best performances in years with 25 points and nine assists in last week's win over Valencia.

Olympiacos has won its last three games and is gunning for revenge after losing at home against the Greens earlier in the season.