Efes looks to save itself from last place 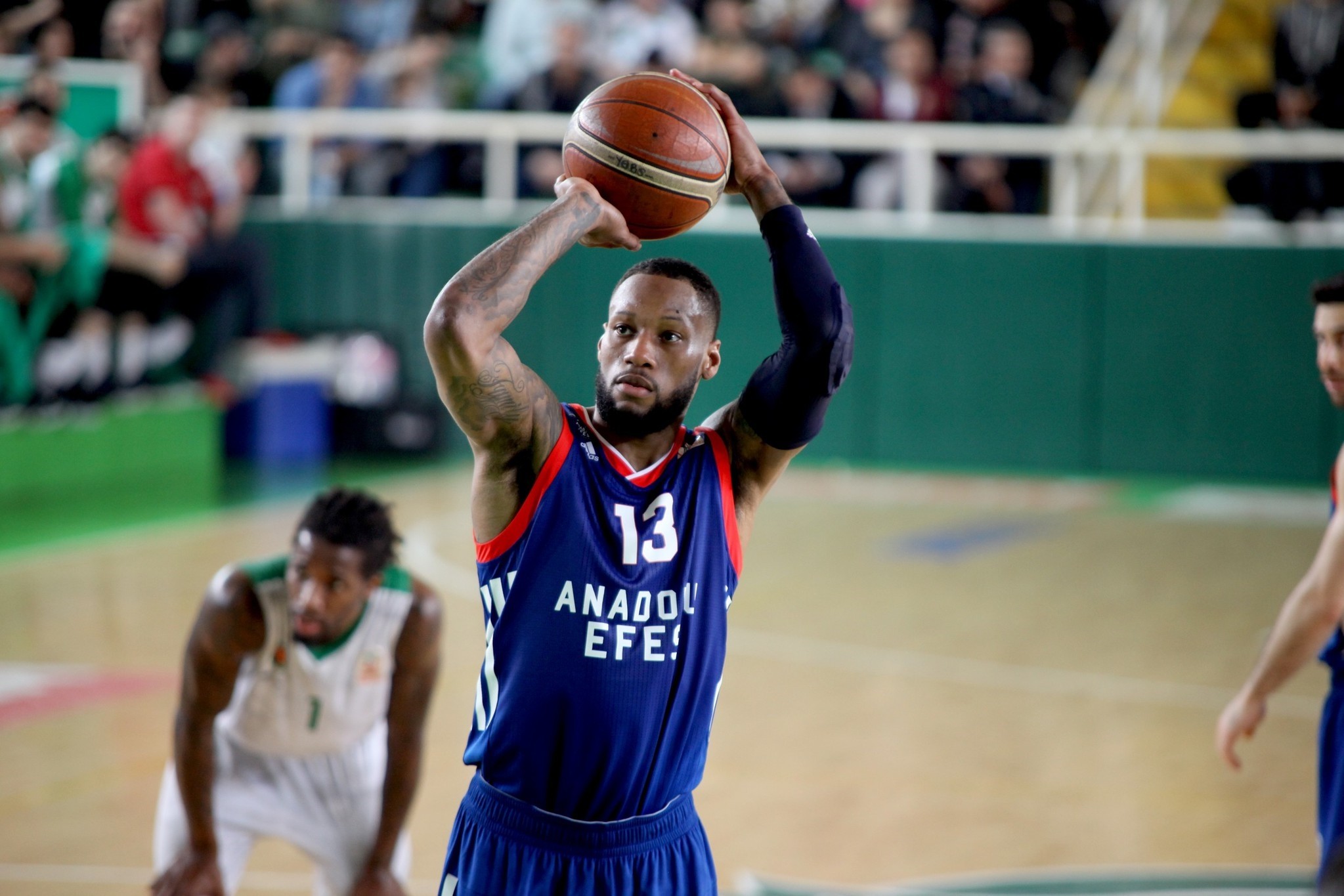 Anadolu Efes's Sony Weems scored 26 points against Brose Bamberg in their EuroLeague Round 26 match.
by Daily Sabah Mar 21, 2018 12:00 am

The final two-round week of the EuroLeague season resumes today where last-placed Anadolu Efes (6-20) could see itself condemned to finish the season in the last place if it loses to visiting Khimki Moscow (15-11), who would be eager to tie up a playoff spot as soon as possible.

Efes has tasted defeat in its last five games, going down by at least nine points on each occasion.

Khimki is best known for the relentless scoring exploits of Alexey Shved (22.0 points per game) but has also claimed the second-highest number of steals in the competition - 7.3 per game. Efes has allowed its opponents to convert a higher percentage of 3-pointers than any other team (42.2 percent), so Shved will look to profit from downtown again.

Elsewhere, CSKA Moscow will host Olympiacos Piraeus. League-leading CSKA (21-5) can ensure first place at the end of the Turkish Airlines EuroLeague regular season by defeating an Olympiacos (18-8) team desperate to bounce back from a comprehensive home loss to Barcelona last week.

The on-form Russian giant has won eight consecutive games at home and exceeded the 90-point mark in six of those contests. But Olympiacos won at Real Madrid and Panathinaikos in its last two road games and will be keen to claim another big-name scalp in a battle of giants which could well end up being repeated again at the Final Four.

The other match of the day will be played between Baskonia Vitoria and Brose Bamberg.

After finally breaking into the top half of the standings last week, Baskonia (13-13) will now attempt to hold onto that position by overcoming a Brose (10-16) team that has lost 10 in a row on its travels. Another Brose loss would see its slim playoff chances come to an end.

The same would be true if Maccabi wins on Tuesday. Baskonia is the joint third-highest scoring team in the league, averaging 82.2 points per game, and has been particularly effective from long distance with an average of 9.8 triples per game.

Brose, in contrast, ranks dead last in the 2-point conversion, making just 49.2 percent of its shots from inside the arc. Baskonia has won its last three home games by 19, 10 and 20 points.

In another game today, Unicaja Malaga will host FC Barcelona Lassa. The second all-Spanish affair of the week comes between a pair of teams aiming for a strong finish to the season as Unicaja (10-16) looks to stay ahead of Barcelona (9-17).

The visitors can secure a third consecutive win for the first time all season; Barcelona is arguably the competition's hottest team after winning its last two games by 34 and 27 points. And although that's too late for playoff qualification, Barcelona will look to avenge a Round 13 home loss against a Unicaja team that has lost three in a row, surrendering an average of 90.3 points in the process. Another Unicaja defeat would formally end its playoff chances.