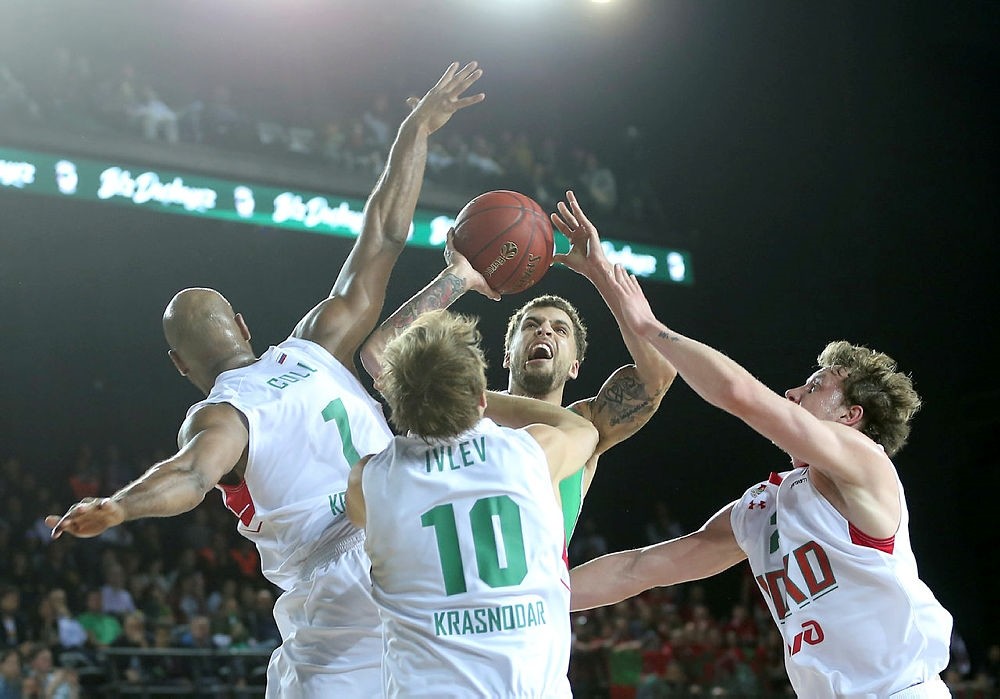 Turkish basketball club 'Daçka is enjoying its first title in European competitions after winning the Euro Cup title. It is just the second Turkish team to win the EuroCup after Galatasaray Odeabank lifted the trophy in 2016

Turkey celebrates another success story after Darüşşafaka won the Euro Cup title after beating Russia's Lokomotiv Kuban 67-59 in Istanbul on Saturday. Darüşşafaka is just the second Turkish team to win the EuroCup. Galatasaray Odeabank lifted the trophy in 2016.

The Istanbul club took a 2-0 series lead and became the Euro Cup champions. They defeated Lokomotiv Kuban 81-78 in Russia last week. The cup was Darussafaka's first in European competitions and eighth in Turkish basketball history.
Its last official title in elite categories was the Turkish League crown in 1962. This is the first-ever continental title, 56 years after its last trophy. Meanwhile, David Blatt has joined Dusan Ivkovic as the only head coaches to win the Turkish Airlines EuroLeague and the 7DAYS EuroCup titles. Ivkovic won the EuroLeague with Olympiacos in 1997 and 2012, and the EuroCup with Dynamo Moscow in 2006. Blatt led Maccabi Tel Aviv to the EuroLeague title in 2014 and just won the EuroCup with Darüşşafaka. Both Ivkovic and Blatt also won the EuroBasket with Yugoslavia and Russia, respectively. Micheal Eric just became just the second Nigerian to win the EuroCup title. Tunji Awojobu helped Hapoel Jerusalem win the title in the 2003-04 season. Howard Sant-Roos just became the first Cuban player to win the EuroCup. He is just the second Cuban player registered to play the competition, too.

And Scottie Wilbekin is the second player to earn EuroCup MVP and EuroCup Finals MVP honors in the same season.
When the final buzzer sounded in Game 2, no one had doubts about who would be chosen as 2018 7DAYS EuroCup Finals MVP, according to EuroCup's web site. Scottie Wilbekin dominated the finals like few players in competition history and was the hands-down choice as the best player as Darüşşafaka swept previously undefeated Lokomotiv Kuban 2-0. Wilbekin had already been chosen as the 2017-18 7DAYS EuroCup MVP, leading the competition in scoring (19.7 ppg.) and performance index rating (21.3). He did even better in the finals, averaging 26 points and a performance index rating of 26.5 per game.

Wilbekin played a decisive role in Game 1, hitting a three-pointer that forced overtime as Darüşşafaka ended Lokomotiv's 20-game winning streak, the longest in competition history. Down by 3 points with 11 seconds left, and without possession, Howard Sant-Roos collected a steal and Wilbekin buried the game-tying triple. Wilbekin finished Game 1 with 24 points, 3 rebounds, 5 assists and 7 fouls drawn for a PIR of 23 in his team's 78-81 triumph.

Once in Game 2, Wilbekin did even better, scoring 19 points before halftime, hitting all kind of tough shots and adding 6 key free throws in the final minute of the third quarter to let Darüşşafaka re-take a double-digit lead, 55-45. Wilbekin finished with 28 points in Game 2 to lead Darüşşafaka to a 67-59 home win and a 2-0 sweep of the best-of-three series. His 28 points tied the single-game scoring mark in a EuroCup Finals history, which is shared by Dejan Tomasevic of Valencia Basket and Jamie Arnold of Krka Movo Mesto (both in 2003), as well as by Justin Doellman of Valencia (2014). He hit 5-of-8 three-point shots in Game 2, matching his total of strikes from downtown in Game 1. In fact, his 10 three-pointers bested by 2 the previous finals mark, which was set over three games. He had a PIR of 30 in Game 2. Wilbekin's 52 points in the series were the second-most in finals history. Not only did he lead both games in scoring, but Wilbekin was there for Darüşşafaka every time he stepped on the court. He hit a lot of shots, including all the decisive ones, and earned well-deserved MVP honors.

"We just did what we always do - play tough, play hard defense and trust how we got here. We showed a lot of character. It wasn't easy to get to the finals, we had two tough series, especially the second against Bayern Munich," Wilbekin said after lifting the trophy. "We were battle-tested! We played close games, we have been down before, came back and showed that we can win any type of game... and now we are here. We are champions now!"