Fenerbahçe victorious in Game 1 of finals 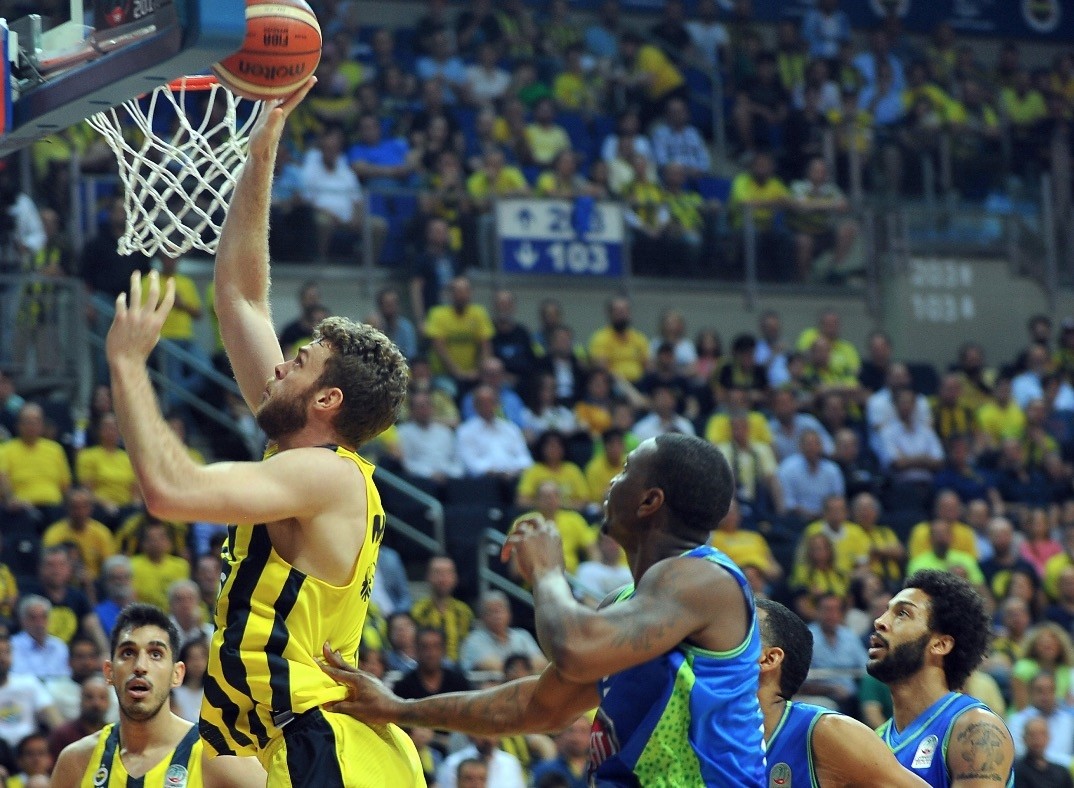 Fenerbahçe Doğuş was the better team in Game 1 of the Turkish basketball league finals as it defeated TOFAŞ 103-63 Tuesday evening. Fans at Fenerbahçe's Ülker Sports and Events Hall saw no resilience from the Bursa club as Fenerbahçe took a commanding 17-point lead at the half of 47-30.

Fenerbahçe showed no signs of slowing down in the third period when it increased the margin with a 33-12 quarter outing. Brad Wanamaker stood out with 17 points and five rebounds while James Nunnally chipped in with 14 points for the host.

Fenerbahçe's newly elected Chairman Ali Koç was also in the audience as his team cruised past TOFAŞ to take a 1-0 lead in the best-of-seven series. Game 2 will be played at the Ülker Sports and Events Hall today.