TOFAŞ bounces back in finals, bring series to 2-1 against Fener 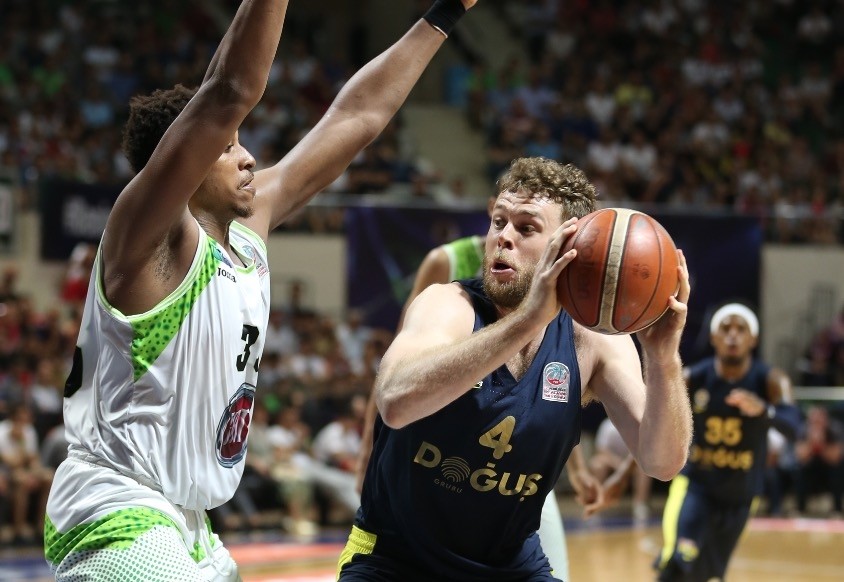 TOFAŞ defeated Fenerbahçe Doğuş 91-88 at home on Saturday evening to bring the Turkish basketball playoff finals series to 2-1. The match at TOFAŞ Sports Hall in Bursa saw a comeback from the home team, as Sammy Mejia hit a 3-pointer with four seconds left to win the match.

Mejia led all scores with 23 points, while Brad Wanamaker scored 20 points for Fenerbahçe Doğuş. Game 4 will be played today at TOFAŞ Sports Hall. Fenerbahçe Doğuş, which claimed the Turkish league title three times in the past four years, continued its dominance throughout the regular season. They finished the regular season in first place with 27 wins and three losses. The Istanbul club started the playoffs by taking on Sakarya Büyükşehir Basketbol in the quarterfinals.

They swept their opponents 2-0. The semifinals saw a Fenerbahçe-Banvit matchup, when the current titleholders easily bested their opponents with a 3-0 series sweep to advance to the finals. Bursa's TOFAŞ finished the regular season in second place with 24 wins and six losses. They defeated Eskişehir Basket 2-0 in the quarterfinal series and managed to oust Anadolu Efes with a 3-1 series win in the semifinals.

TOFAŞ advanced to the Turkish basketball league finals for the first time in 18 years when they won the league after beating then-Efes (now Anadolu Efes). The then-champions team featured such players as Mehmet Okur, David Rivers, Rashard Griffith and Asım Pars.