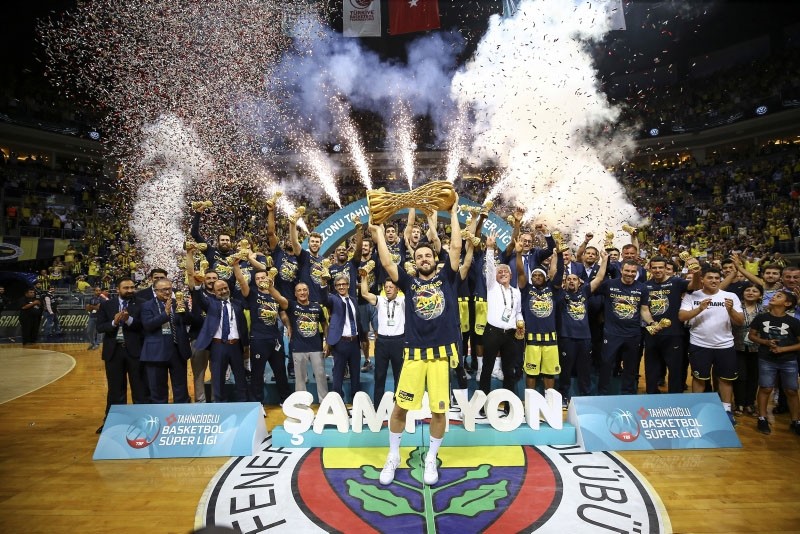 Fenerbahçe Doğuş won this title for the third time in a row, being the fourth team to do son after Istanbul Technical University (ITU), Eczacıbaşı and Anadolu Efes. and the ninth time in the league's history. Eight of these titles came in the last 12 seasons, which was a period that the Istanbul club invested heavily to its basketball division under the former Chairman Aziz Yıldırım's 20-year long reign.

Turkish Basketball Süper Lig's most time winners are Anadolu Efes as they have won it 13 times.

In addition, American guard Brad Wanamaker from Fenerbahçe Doğuş has been named as the MVP (Most Valuable Player) of the final series.

This season, Fenerbahçe Doğuş played 78 games in the entire season with 62 wins. The team managed win its last 60 domestic games in its home ground Ülker.

Fenerbahçe Doğuş lost only once, against TOFAŞ in the 3rd match, in the last 20 play-off games.

Last year's champions in Turkish Airlines Euroleague, the top tier of European basketball, Fenerbahçe Doğuş lost this season's title to Real Madrid in Belgrade, despite managing to reach the Final Four for the fourth season in a row.