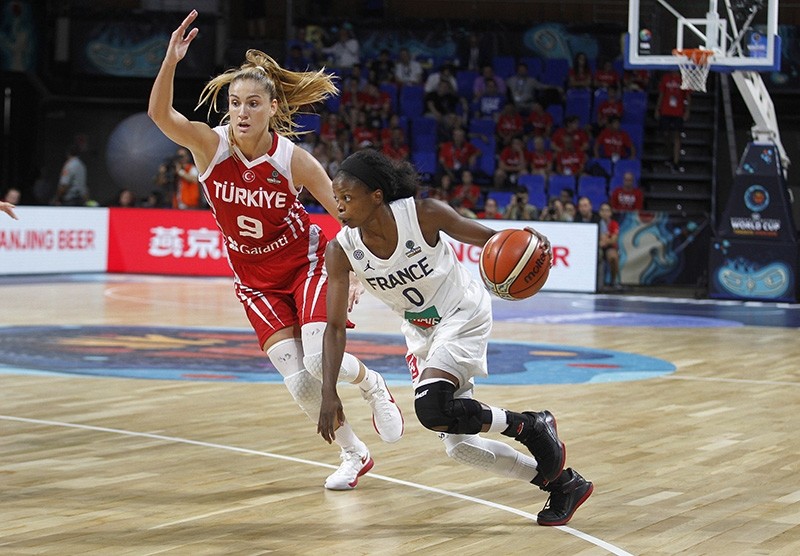 France beat Turkey 78-61 on Wednesday to reach the quarterfinals in the FIBA Women's Basketball World Cup 2018 hosted by Tenerife in Spain's Canary Islands.

France led the game from start to finish, although in the last quarter Turkey narrowed the gap to less than 10 points.

Also in the last quarter, Turkey faced a series of mishaps. Coach Ekrem Memnun was ejected, then a possession later his assistant coach got a technical foul, followed by Turkey's Tilbe Şenyürek being called out for an unsportsmanlike conduct.

Following these decisions by referees, France had an easy game in the final minutes and advanced to face Belgium in the quarterfinals.

France's Sandrine Gruda finished with 20 points, while Turkey got 19 from Quanitra Hollingsworth.

Meanwhile, after beating Turkey in their first ever win in the FIBA Women's Basketball World Cup, Nigeria defeated Greece to also advance to the quarterfinals.

The group leaders directly qualified for the quarterfinals, while the second- and third-place teams played an elimination match to move ahead.