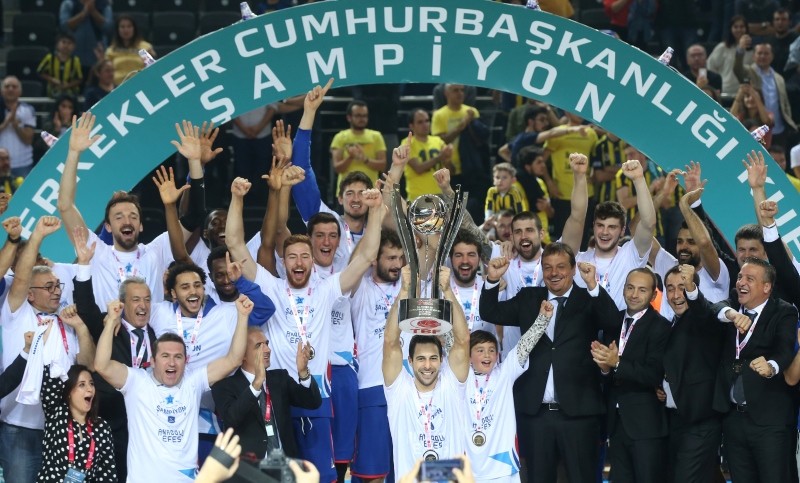 Playing against Fenerbahçe in the Turkish capital Ankara, Anadolu Efes won the game 65-62 and managed to take home the Presidential Trophy for the 11th time in its history.

Fenerbahçe were ahead 30-28 at the half-time of the match with 10 points from Ahmet Duverioglu.

Anadolu Efes dominated the third quarter and led the game 36-44 before the last quarter.

Fenerbahçe posted a 26-21 run in the last quarter, but Anadolu Efes defeated the Yellow Canaries.

Kostas Sloukas was the top-scorer for Fenerbahçe while Doğuş Balbay and Adrien Moerman scored 13 points each for the winners.

To date, Anadolu Efes have won the cup 11 times, while Fenerbahçe won it eight times.