Fenerbahçe on march in Euroleague 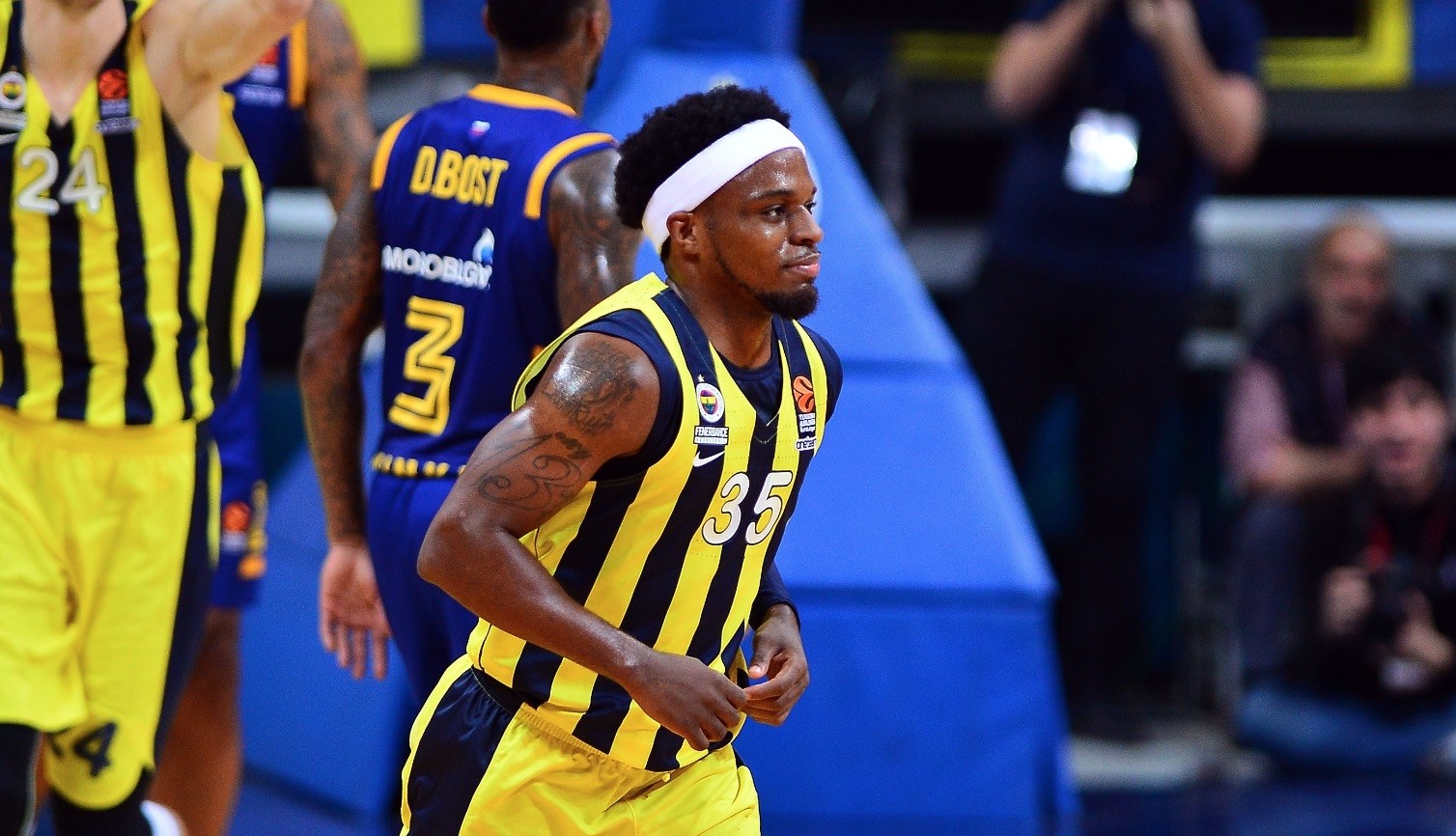 Ali Muhammed may be one of the smallest players in the Turkish Airlines Euroleague, but he is one of its most successful shooters ever.
by daily sabah
Oct 19, 2018 12:00 am

While the second round of the 2018-19 Turkish Airlines Euroleague regular season is continuing, last year's finalist Fenerbahçe started in a perfect way. After handling Herbalife Gran Canaria 97-72 in the first week, Fenerbahçe beat Russia's Khimki 93-85 in Istanbul on Wednesday.

Ali Muhammed's brilliant performance brought Fenerbahçe the win. He may be one of the smallest players in the Turkish Airlines Euroleague, but on the short list of the most impactful shooters ever, he stands very, very tall, according to Euroleague's website analysis. Ali Muhammed proved why once again on Wednesday, when he peppered the basket for four 3-pointers in less than eight minutes to assure Fenerbahçe a victory over a Khimki Moscow that had its own shooting star in Alexey Shved.

Khimki stayed in the game thanks to its long-distance accuracy, making eight of its first 10 3-pointers and 10 of 14 in the game's first 15 minutes. The visitor finished with 15 strikes from downtown, seven of them by Shved, but the most efficient and lethal ones came off the hot hand of Muhammed.

He entered the game for the first time with 2:40 left in the third quarter. It was 66-66 early in the fourth when he assisted Luigi Datome for a tie-breaking basket and then rattled off three 3s in 73 seconds, blowing up the game as Fenerbahçe went ahead 77-70- He hit his fourth for good measure later.

Interestingly, if you look at the history of great shooters in the Euroleague, just three have made seven or more in a game on three different occasions, and the same number have six or more on at least five different occasions. In both those trios are Shved and Ali. The difference on Thursday was that Ali needed barely 12 minutes and five tries from downtown to do all his damage and keep Fenerbahçe perfect after two games. Next week, Fenerbahçe will travel to Lithuania to meet Zalgiris Kaunas.

Another Turkish team Darüşşafaka collected its first win of the Euroleague season by edging Buducnost 71-63 at Volkswagen Arena on Tuesday. Darüşşafaka improved to 1-1 in the standings while Buducnost dropped to 0-2. Zanis Peiners led the winners with 15 points. Buducnost led by three early in the fourth quarter before a layup-plus-foul by Peiners gave the hosts a 62-60 edge with four minutes left. Jeremy Evans and Peiners carried Darüşşafaka down the stretch. At home, Anadolu Efes was defeated by Zalgiris 79-93.

Round 2 that started with four Tuesday games and three of them were decided by a single shot. History was made as Herbalife Gran Canaria hosted – and won – its very first Euroleague game. It beat Barcelona Lassa 87-86. FC Bayern Munich claimed its first win of the season in exciting fashion and CSKA Moscow continued its dominance over Maccabi Tel Aviv with the round's first road win. Wednesday saw Zalgiris Kaunas, Olympiacos and reigning champion Real Madrid triumphed on the road to make it that half of the rounds games were claimed by road warriors.