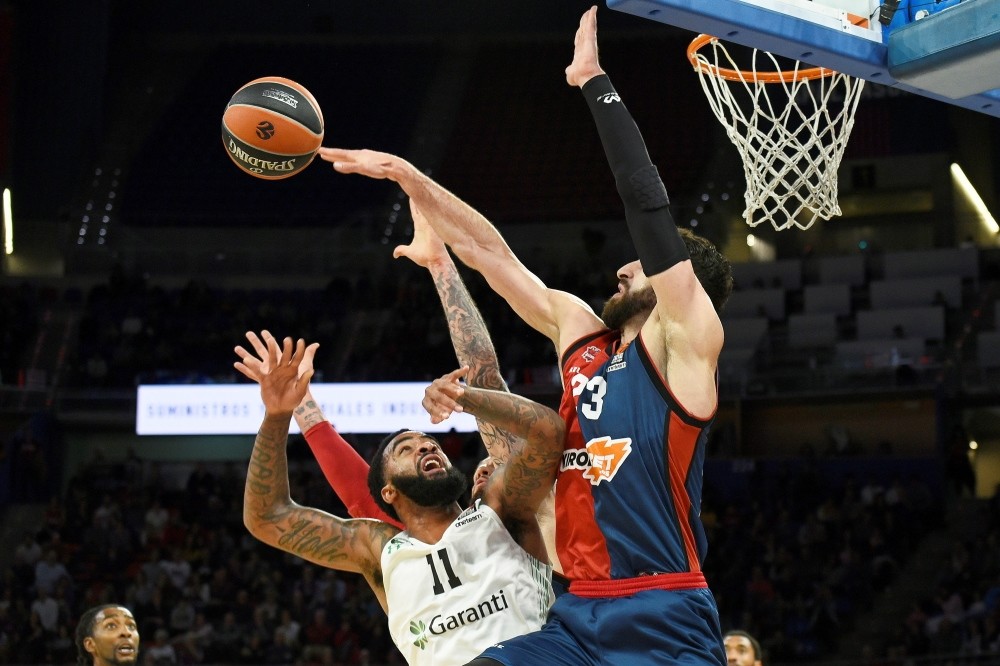 Last season, Bayern Munich and Darüşşafaka met in the 7DAYS EuroCup Semifinals. Coming off a disappointing loss against Fenerbahçe last week, the German team hosts Darüşşafaka who are themselves looking to bounce back from a three-game losing streak

Bayern Munich welcomes Darüşşafaka to Munich for an exciting encounter today as THY EuroLeague's regular season Round 6 tips off. The host arrives after a narrow loss at Fenerbahçe in which Devin Booker shined with 15 points and 7 boards. Darüşşafaka has dropped its last three games, including the last one at Baskonia, in which Oğuz Savaş and Michael Eric were the only players in double digits with 12 points apiece. This is an important duel for both sides because it means getting back to the winning track, especially for the visitors who currently sit in 14th place.

Last season, Bayern and Darüşşafaka met in the 7DAYS EuroCup Semifinals. Daçka came out on top and went all the way to lift the title in the end. Some things have changed on both sides, including the two head coaches, but there are still many players from that series on both teams, so we can expect a bit of a revenge flair to this matchup. Even if it will be their first time meeting in the EuroLeague, these two teams have history behind them, and recent at that. The other Turkish team Anadolu Efes will be hosted by Gran Canaria. The Spanish team arrives to this showdown on a three-game losing streak, which it hopes to end in front of its fans. Efes comes off a heartbreaking, last-second loss in Milan and hopes to bounce back right away. Efes and Gran Canaria have never faced each other in European club competitions, which makes this highly-anticipated game even better. Gran Canaria has only played two home games against Turkish teams – against Türk Telekom Ankara in 2010 and Tofaş Bursa in 2011, all in EuroCup action – and won them both.

Elsewhere, it will be a classic EuroLeague rivalry when Maccabi welcomes defending champ and still undefeated Real Madrid today. The hosts arrive from a road loss at FC Barcelona Lassa in which Angelo Caloiaro led the way by 11 points. Madrid soared at Zalgiris with 16 points by Anthony Randolph. The teams come to the game from opposite sides of the spectrum. Maccabi needs to win badly, especially at home. Madrid is in a sweet moment and has shown it can recover from difficult situations.

Finally today, two teams on the rise meet in Round 6 when Olimpia Milano welcomes undefeated CSKA Moscow. Milan has won three games in a row, the last of which came last week against Efes at home by a single point, thanks to Mike James's 15 points, including the game-winning three on the buzzer. CSKA defeated Olympiacos behind 20 points by Sergio Rodriguez. The duel between these two teams in a sweet moment will surely be one of the highlights of this round. Playing at home could be decisive for Milan, which hasn't won against CSKA since November 2010.