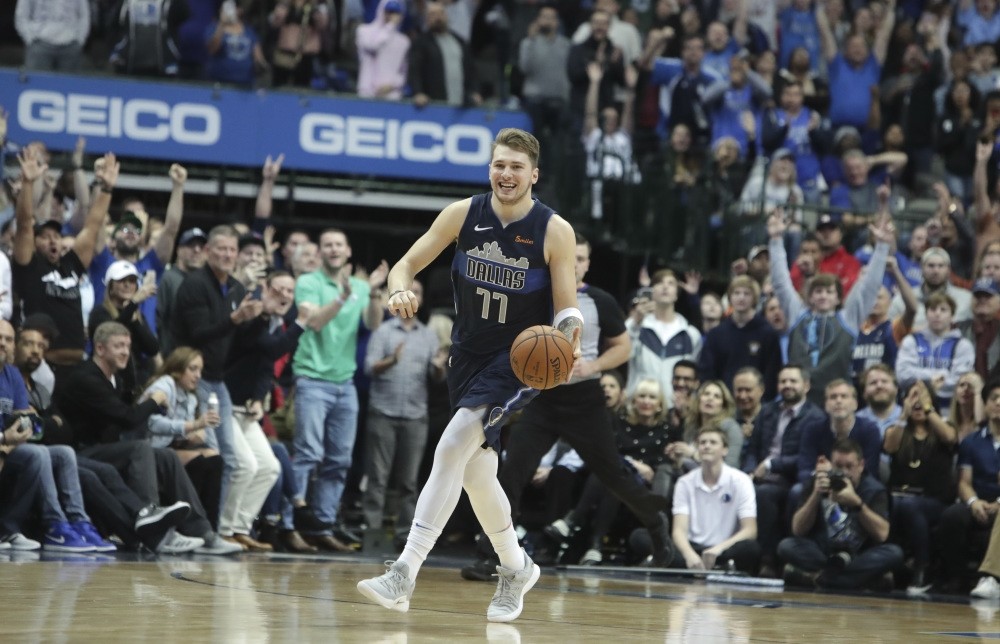 As he keeps breaking all the rules about paying any sort of dues in an NBA rookie season, Luka Doncic got a nod from some unlikely sources that he is arriving at NBA stardom faster than anyone could have imagined. The referees gave him the James Harden treatment.

Making a dozen trips to the free-throw line, something that is becoming more routine, Doncic narrowly missed his first triple-double but did just enough to escort the Mavericks to a 122-119 win over New Orleans, putting an end to its six-game losing streak.

With fans chanting MVP, Doncic made three of four free throws in the final 30.1 seconds to provide the winning points. When Pelicans' MVP candidate Anthony Davis missed a 3-pointer in the waning seconds, Doncic collected the rebound and bounced the ball hard off the court as the clock expired.

It was his ninth rebound of the night to go with 10 assists and 21 points. As a whole, the Mavericks shot 38 free throws and made 32.

"It's a strength of this team," Carlisle said. "We're preaching aggression. Hard drives and gaps as often as possible. The free-throw line is a way to offset other things that happen in a game that may not go particularly well."

The Mavericks shot it well and Doncic, while still having a ways to go before he starts averaging 12 trips to the line per game, like Houston's Harden does, did a good job of staying aggressive and drawing contact.

He did not get every call, but he got enough. And it is becoming more of a regular occurrence. Doncic has made 12 or more trips to the line in five of the last eight games.

"Free throws are easy points," Doncic said. "It's important for us to make them."

And rest assured, his teammates are in his ear about them.

"We think he still gets fouled more than that," said DeAndre Jordan, who made six of eight from the line on the way to 20 points and 12 rebounds. "But he is a rookie. He is going to have to work for some of those calls down there. But he's a big, strong body who doesn't shy away from the contact. And he'll get better at that."

Added Devin Harris: "The more he plays, he's going to earn it, just the way he attacks the win. And once you get a knack for it and the refs start to understand your game, you'll get fouls. Once he gets that kind of reputation, it'll come."

Doncic was strong throughout, but he had plenty of help.

The bench got major contributions from Harris and JJ Barea. And Dirk Nowitzki had by far his best game, and the first one that he has played in that turned into a victory.

It was Barea's 3-pointers that put the Mavericks ahead midway through the fourth quarter. But there was never enough separation for either side to feel comfortable down the stretch.

Doncic got the ball with 40 seconds left and after a couple of failed moves, he got the better of Pelicans' big man Julius Randle and drew a foul with 30.1 to go. Doncic was not happy that he didn't get a continuation call as he rolled in a layup after the contact.

He again got fouled on the next possession and missed his first one of the game. But by then, the Mavericks were in a position to survive Davis' last-gasp 3-pointer that clanged off the iron.