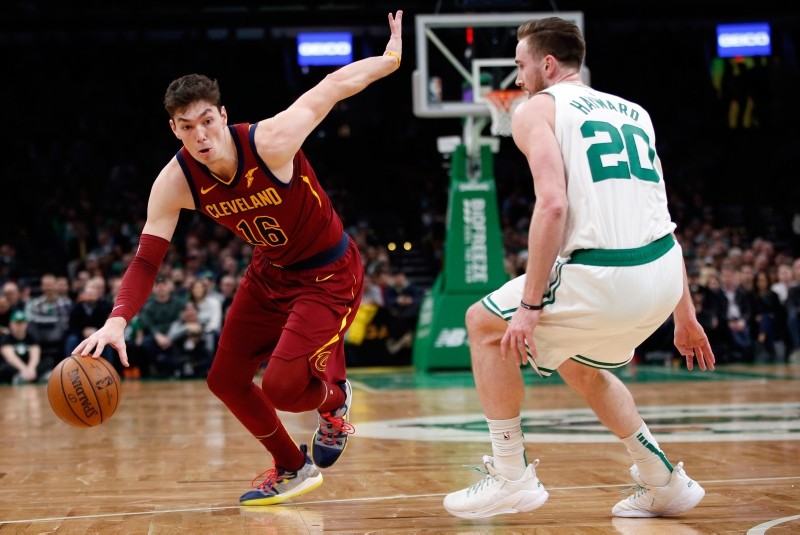 Cedi Osman of the Cleveland Cavaliers put up 25 points, his career best, and tallied eight rebounds along with two assists in 33 minutes against the Boston Celtics on Wednesday night.

Osman's heroics, however, were not enough to save the Cavaliers from a 123-103 loss to the Celtics.

Boston was playing without starters, Kyrie Irving and Al Horford. The Cavaliers took an early five-point lead and led by three after one quarter in the away game. Yet, the Celtics got better in the second period, outscoring the Cavs 38-20.

One game after finishing with eight points and zero rebounds, Osman awed the fans with 25 points, going eight-of-11 from the floor, including six-of-seven from beyond the arc, adding eight boards and a pair of assists to his impressive totals.

His Croatian teammate Ante Zizic also shone against the Celtics, scoring 14 of his 19 points in the first half and grabbing eight rebounds. Collin Sexton followed up with 16 points on six-for-15 shooting, including two-of-four from long-range, adding six boards and three assists.

The 23-year-old player, who debuted in the NBA two years ago, scored 11.9 points per game so far – with an average 4.6 rebounds and 2.1 assists per game and had an average of 31.5 minutes playing time per game. His career-high 25 points, nevertheless, is far lower compared to other Turkish players in the NBA.

Osman, who plays small forward and shooting guard, has been seeing increased playing time with the Cavs. Following the departure of legendary LeBron James this season, Osman took more responsibility in the Cavaliers. The closest he was to his career-high in points in one game was in two games against the Atlanta Hawks and Minnesota Timberwolves, with 22.