Turkish derby, more in week 24 of THY Euroleague 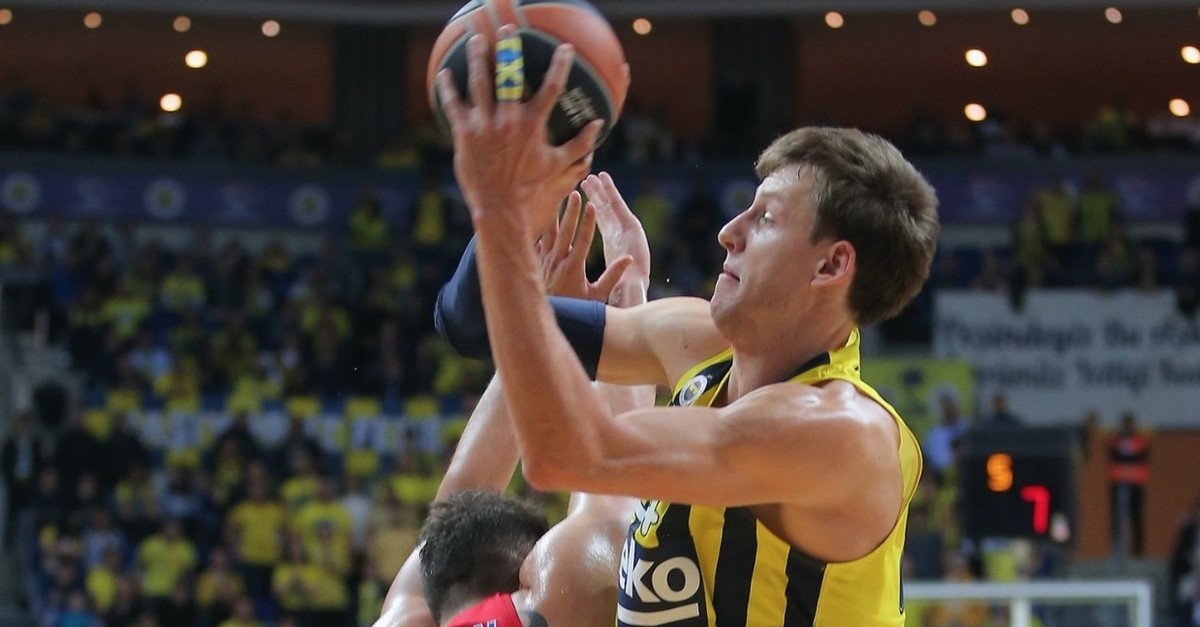 It is Round 24 of the Turkish Airlines (THY) Euroleague and it will kick off today with a derby between league leaders Fenerbahçe Beko and the fourth-placed Istanbul outfit Anadolu Efes. Darüşşafaka Tekfen of Istanbul, meanwhile, will square off with Israel's Maccabi Fox Tel Aviv.

In the first game of the week, Khimki Moscow will take on Armani Exchange Olimpia Milan. The welfth-placed Russian outfit has 14 losses and only nine wins this season while Milan aims to widen the gap between wins and losses that respectively stand at 12 and 11.

Hours after the Moscow-Milan game, Fenerbahçe Beko and Anadolu Efes will compete. Fenerbahçe only lost three games this season and seeks to keep its place on the top. One of the team's losses was against Anadolu Efes which aims to repeat that home victory it had against Fenerbahçe in Round 4. Visiting Anadolu also wants to keep its fourth spot as it is only point ahead of Barcelona Lassa and five points behind Fenerbahçe, while CSKA Moscow and Real Madrid seem secure in their runner-up and third spots, respectively.

Efes coach Ergin Ataman acknowledges the challenge ahead. "It will be one of the hardest games in the Euroleague for us. Fener never lost at home but we will fight to the end for a win," he said. "Every game is like a final game for us in the Euroleague. We have not trained well this week for the game because of Vasilije Micic and Doğuş Balbay's injuries and three of our players traveled for national team matches. It was difficult to form a good lineup but we are now ready," he said. Serbian point guard Micic says he is also aware of difficulty of playing against Fenerbahçe. "This is our fifth game against them and we know each other very well. What matters now is how we start out. We have to concentrate very well," Micic said.

This is the 12th match between two teams in the Euroleague and Fenerbahçe won nine of those games. For coaches Ergin Ataman and Zeljko Obradovic, this is the 41st match they will square off against each other. Serbian and Turkish coaches trace their rivalry back to 2000 while Obradovic was helming Greece's Panathinaikos and Ataman was the coach of Efes Pilsen, the former name of Anadolu Efes. Their first game ended with Panathinaikos' 81-71 win. So far, Obradovic won 26 matches against Ataman. Obradovic also has the upper hand in home court games as Anadolu Efes and other teams coached by Ataman failed to secure any win in the Ülker Sports Hall of Fenerbahçe.

In other games, Barcelona Lassa will take on archrival Real Madrid on Friday. This basketball "Clasico" will also host a send-off ceremony for Juan Carlos Navarro or "La Bomba" as he is known by fans. Navarro retired last summer and Barcelona will now retire the jersey of this all-time leading scorer. Also on Friday, Olympiacos will compete against CSKA Moscow. The Greek side is in a streak of four losses, endangering its place in the playoffs. There are still seven games ahead, though. Olympiacos has lacked in offense in recent games, failing to score over 65 points in its last three games. They will need at least 80 points for a victory against the Russian club.