THY EuroLeague race heats up for Turkish teams 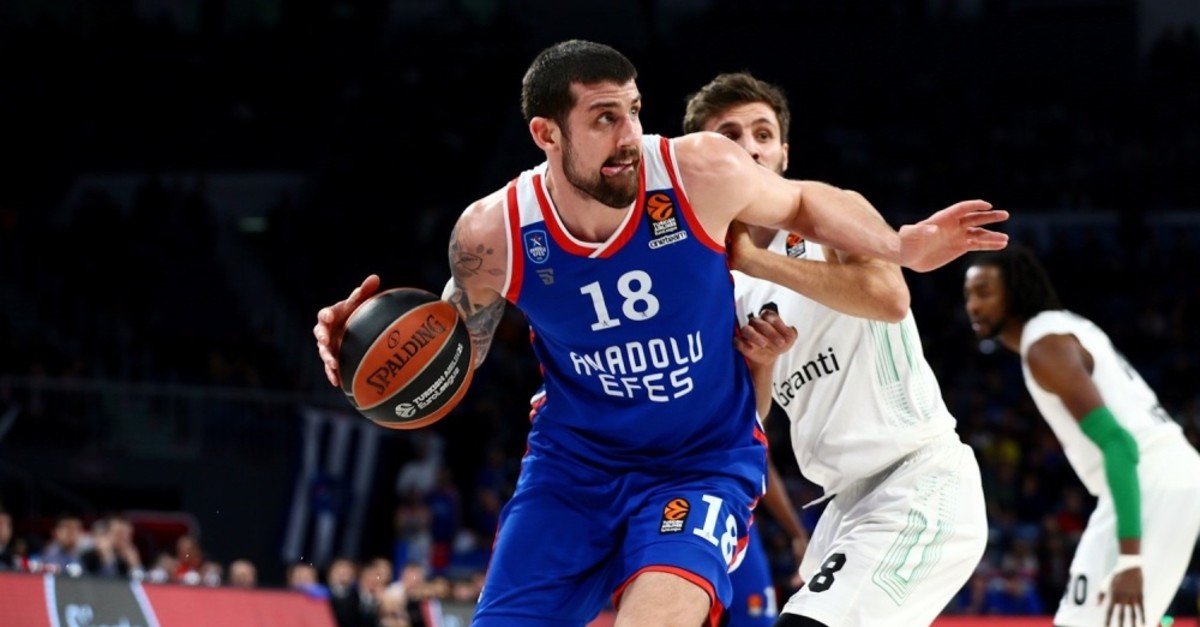 As the Turkish Airlines (THY) EuroLeague season nears its end with only four games left, league leader Fenerbahçe and fourth-placed Anadolu Efes will look to hold or boost their positions

This week's games in the Turkish Airlines (THY) EuroLeague kick off today with Fenerbahçe and Anadolu Efes taking on Montenegro's Buducnost Voli Podgorica and Russia's CSKA Moscow, respectively.

The regular season is nearing an end with only four games remaining and it will be a thriller for league leader Fenerbahçe, and Anadolu Efes, which clings to the fourth spot behind Real Madrid.

Fenerbahçe seeks to end the season on a high with a strong finish when it squares off against Buducnost in a home game. The Turkish outfit is undefeated at home this season and already clinched home-court advantage for the playoffs. Buducnost will only look to save face in Istanbul as it lost its last six games and failed to reach the playoffs this season. In their last game in December's Round 14, Fenerbahçe defeated Montenegrin side 89-65 in an away game. Both Fenerbahçe and Buducnost lean on to their centers for victory. Jan Vesely leads Fenerbahçe with 13.1 ppg (ppg), 5.4 rebounds per game and with 1.5 steals per game. In Buducnost, Goga Bitadze rules the court with 11.4 points, 6.3 rebounds and 2.7 blocks. The Turkish side lost four games this season and allowed an average of 90.1 ppg in those games. In its 22 wins, it has given up 73.1 ppg. Montenegrin side averaged 72.9 ppg in away games. It is in the 13th spot in the league. Fenerbahçe has managed to reach the Final Four in the past four seasons of the EuroLeague and played finals in the past three seasons. Its biggest achievements were the 2017 Final Four wins at home against Real Madrid and Olympiakos. Its success in European competitions and leadership this season is credited to coach Zeljko Obradovic, who took over the team in 2013. Under Obradovic, Fenerbahçe has won 129 games and lost only 50.

Anadolu Efes, on the other hand, will aim to lock up a playoff spot as it hosts CSKA Moscow. A win or a defeat by its rivals Panathinaikos, Olympiacos and Milan will help it advance. The Turkish side can secure the top-four spot and home-court advantage for the playoffs if it beats the Russian outfit and Barcelona, Baskonia and Milan lose. CSKA Moscow's seven-game winning streak ended last week against Panathinaikos but the runner-up needs two wins to equalize with Fenerbahçe that boasts 22 wins. Anadolu Efes lost 102-84 to Moscow in its last game in the Russian capital. Efes will count on forward Adrien Moerman while forward Will Clyburn will be the one to watch for the Russian side. Moerman is the Turkish side's top scorer with 12.5 ppg and 6.5 rebounds per game. Clyburn, on the other hand, is eighth in the EuroLeague with 13.9 ppg.