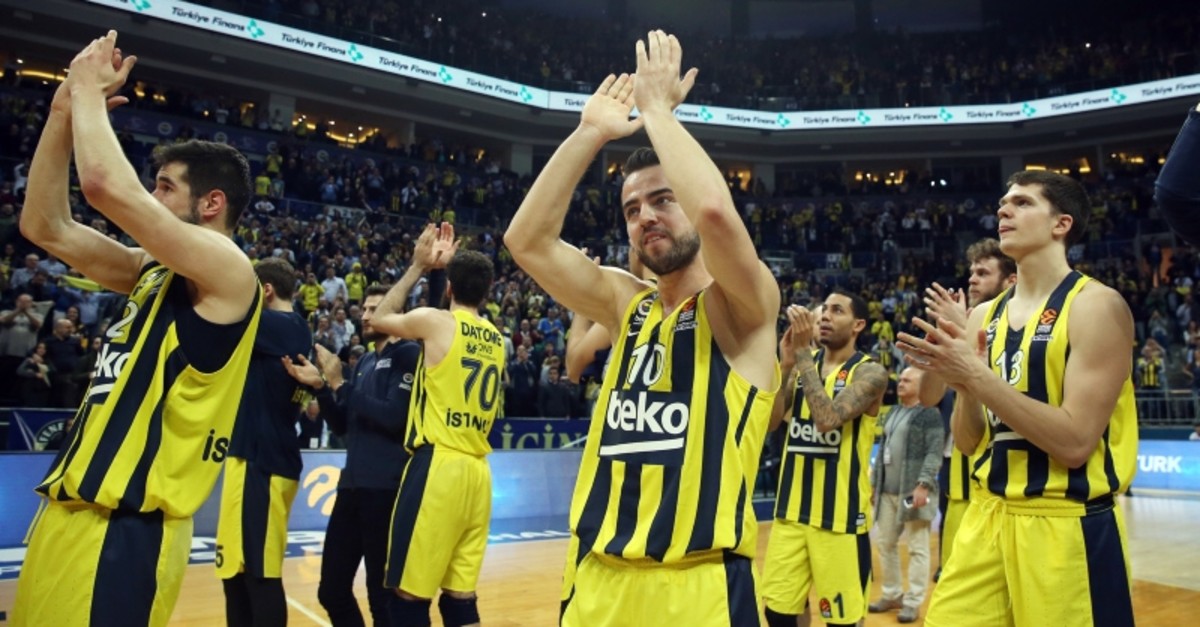 Turkey's Fenerbahçe Beko finished at top in the Turkish Airlines EuroLeague regular basketball season and will face Lithuania's Zalgiris Kaunas in the playoffs.

In the final round of the regular season, the leader Fenerbahçe Beko beat Israel's Maccabi FOX Tel Aviv 78-75 on Friday in their 25th win out of 30 games.

Italy's AX Armani Exchange Olimpia Milan missed its last chance to qualify for the playoffs after losing to Turkey's Anadolu Efes 101-95 Thursday in the final round of the Turkish Airlines EuroLeague regular basketball season.

The Turkish side maintained fourth place in the standings. Barcelona Lassa secured fifth place and will face Anadolu Efes in the best-of-five playoffs.

Turkey's Fenerbahçe Beko, who were last season's finalists, top the league and are set for the playoffs.

Three Spanish and two Turkish teams and one team each from Russia, Lithuania and Greece will compete in the playoffs.

Competing in the regular season of the league were sixteen teams -- including four Spanish, three Turkish, two teams from Russia and Greece each, and one team each from Germany, Italy, Israel, Lithuania and Montenegro.

Turkey was represented by Anadolu Efes, Fenerbahçe Beko and Darüşşafaka Tekfen. Two of the Turkish teams will compete in the EuroLeague playoffs.

The top eight teams will compete in playoffs from April 16 to 30.

Winners will advance to the Final Four between May 17-19 at Fernando Buesa Arena in the Spanish city of Vitoria-Gasteiz in single elimination matchups.