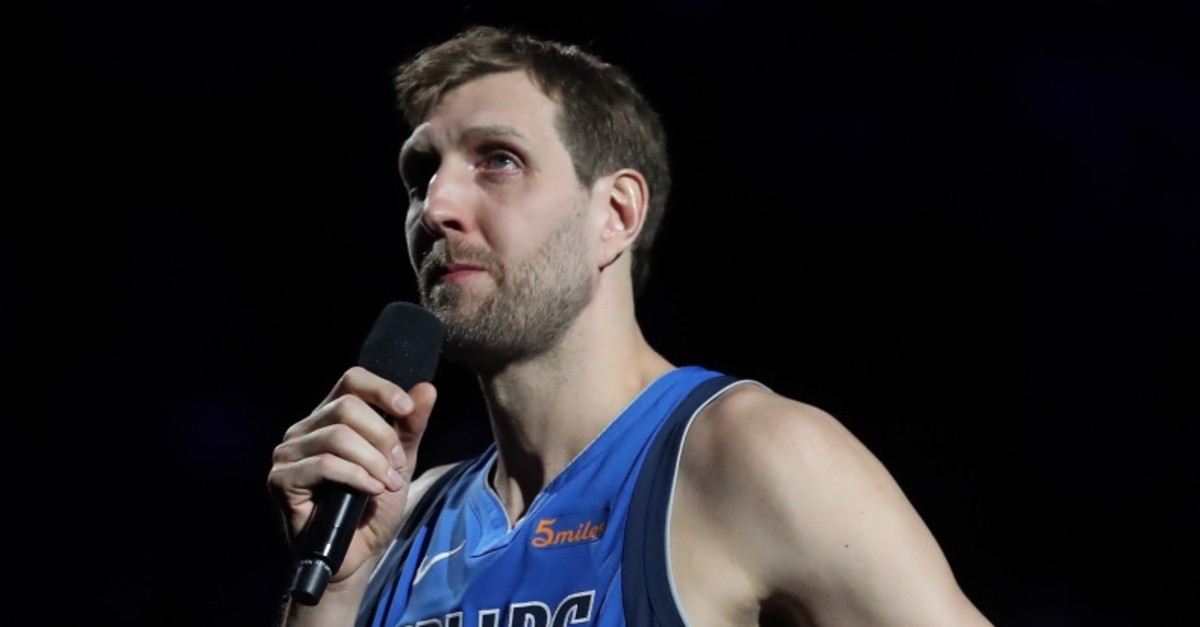 Dirk Nowitzki cried near midcourt when the second quarter was about to resume. The Dallas Mavericks star nearly jumped for joy with a huge smile on his face after a rare dunk prompted thunderous applause from a crowd celebrating the final home game of his record 21st season with the same franchise. And then after Larry Bird joked during a postgame ceremony that he was "15 when Dirk came into the league and now I'm 62," Nowitzki let fly with a realization the 40-year-old said he reached in recent days.

It's time for the most accomplished European player in NBA history to retire after scoring a season-high 30 points in a 120-109 victory over the Phoenix Suns on Tuesday night.

"As you guys might expect, this is my last home game," Nowitzki said, doing a better job of fighting his emotions than he did at the end of a timeout in the second quarter, after a tribute video showing his holiday visit to a children's hospital a little more than two years ago. "This is obviously super, super emotional. Just too many people to really thank. I put you guys on a helluva ride with a lot of ups and downs, and you guys always stuck with me and supported me, so I appreciate it." Nowitzki never shared his retirement plans because he didn't want a farewell tour, but he also said he only began serious deliberations on retirement when his lower body gave him issues late in the season.

The 14-time All-Star got the farewell treatment on the road anyway, with opposing fans chanting "We want Dirk" and giving him standing ovations, and LA Clippers coach Doc Rivers stopping a game, grabbing a public address microphone and honoring Nowitzki.

The smooth-shooting 7-footer changed the game when the Mavericks traded for the 20-year-old, taken ninth overall in the 1998 draft. He was the first player that big to be a legitimate threat at the 3-point line. Nowitzki, sitting at 31,540 points with one game left, gave the home crowd another thrill last month by passing Wilt Chamberlain to regain sixth on the career scoring list. Nowitzki reached that spot last season, but James passed him. "It will never be the same around here," said Rick Carlisle, who coached Nowitzki for his final 11 seasons. "It just won't."

The NBA's highest-scoring foreign-born player broke Kobe Bryant's record of 20 seasons with the same franchise, although it took longer than expected because of setbacks following ankle surgery that sidelined Nowitzki for the first 26 games. Bryant retired from the Lakers three years ago. "It's been a long time coming, struggling this year with my foot," Nowitzki said. "It just doesn't make any sense any more physically. I think mentally I could still do it. I can always push myself to work out and work hard. But physically, the foot is just not quite there." The legacy, however, is.