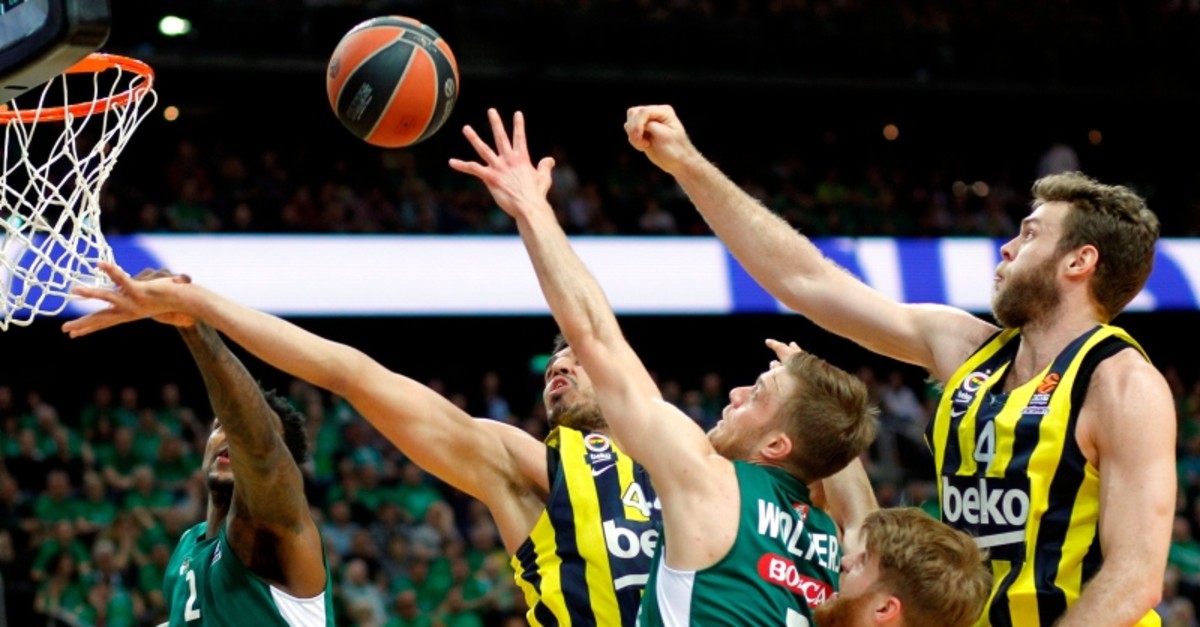 Its football team may be in tatters in the Süper Lig, but Fenerbahçe's men's basketball team never ceases to cheer up its fans in the Turkish Airlines (THY) EuroLeague. A victory over Zalgiris Kaunas on Thursday brought the team its fifth consecutive Final Four ticket.

Turkey's Fenerbahçe Beko advanced to the Turkish Airlines (THY) EuroLeague Final Four after eliminating Lithuania's Zalgiris Kaunas 99-82 on Thursday, closing out the series 3-1.

Ali Muhammed (Bobby Dixon) was the man of the match for Fenerbahçe, as he had an almost perfect shooting night from the field, making nine out of 10 field goals and two of two free throws, as well as scoring 25 points and making four assists.

The team owes much of its success to veteran Serbian coach Zeljko Obradovic, who took the helm of the Turkish outfit six years ago. Under Obradovic, Fenerbahçe maintained steady success in local and international competitions and has dominated top spots for the past five seasons in the EuroLeague.

Fenerbahçe won the top title in 2017 and made it to the finals for three consecutive years. Its impressive performance in playoffs continues this season as well, and apart from one defeat to Lithuanian rival Zalgiris Kaunas, the team did not lose in the playoffs.

Obradovic holds the enviable record of the coach with the most top titles in EuroLeague, with nine titles, including one with Fenerbahçe. His sixth season in Fenerbahçe may bring yet another title.

Fenerbahçe were off to a bad start in its first season under Obradovic. It was eliminated from the Round of 16 round but managed to recuperate in the following seasons and clinched the top spot in the competition this season with 28 wins.

This is the veteran coach's 24th season in the league-leading teams to the Final Four for a record 18 times. Under Obradovic, Panathinaikos got the Final Four ticket eight times, while Real Madrid secured two.

Benetton and Joventut Badalona got one each under the Serbian coach. In 17 Final Fours, Obradovic won the title nine times as well as three runner-up spots, two third-place wins and three fourth spots.

Speaking to the Turkish website Asist Analiz after Thursday's 99-82 victory against Zalgiris Kaunas, Obradovic thanked the Fenerbahçe board and his players who "never lost their motivation."

"They were very serious. We had a very good rival, and you have to maintain concentration after the 23rd second in the basketball; you have to be quick to respond. We achieved a great accomplishment," Obradovic said.

"One of our first goals this season was to qualify for the Final Four, and we did it. Now, we have to focus on the Turkish league. We have a tough game against Darüşşafaka ahead. We have too many problems inside the team though all the players want to give their all to help the team. I am pleased that players under any circumstances are ready to support each other," Obradovic said.

The team also made history in the EuroLeague Final Four with the highest number of consecutive tickets after CSKA Moscow. The Russian outfit has won the Final Four ticket for the past seven seasons of EuroLeague, which was inaugurated in 1988. As for Turkey, Fenerbahçe remains the only Turkish team to play the most Final Four games.

Fenerbahçe was a force to reckon with against powerful rivals, such as CSKA Moscow and Barcelona Lassa, and in 34 Europe matches this season, it lost only six games.

Spain's Real Madrid were the first to qualify for the 2019 Final Four. Beating Panathinaikos OPAP 89-82 in game three in Athens on Tuesday, Real Madrid swept their opponents by 3-0 in the last eight.

The Final Four will be played on May 17-19 at Fernando Buesa Arena in the Spanish city of Vitoria-Gasteiz in single-elimination matchups.