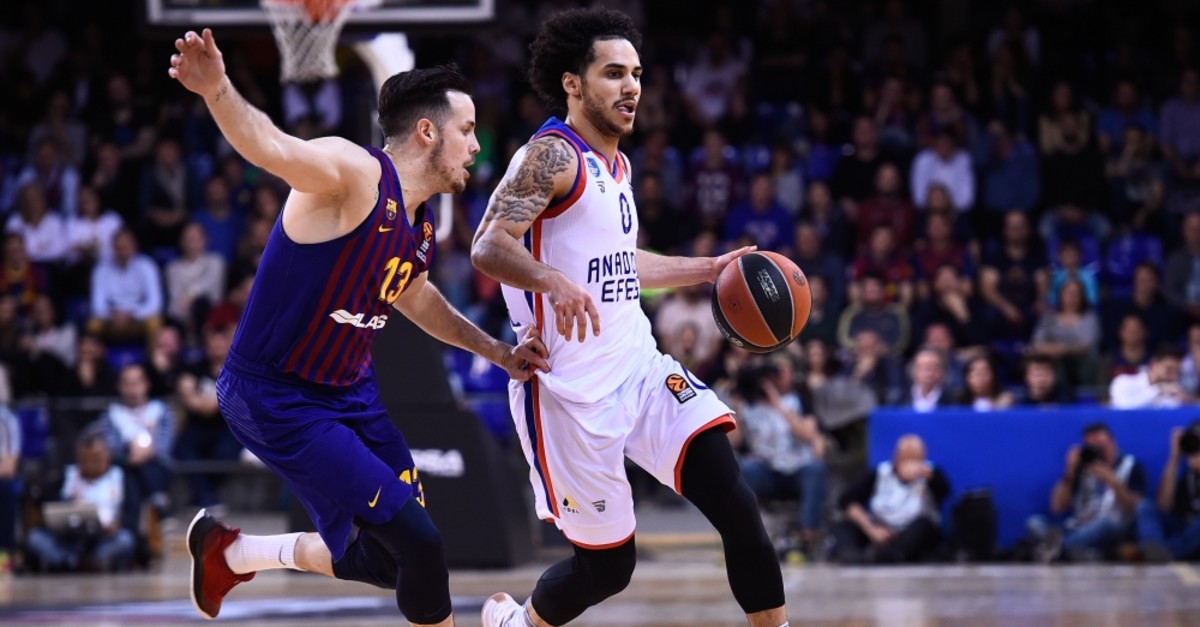 Turkey's Anadolu Efes will take on Barcelona Lassa in the fifth and last leg of the playoff quarterfinals of the Turkish Airlines EuroLeague today. A win against the Spanish outfit will bring the first Final Four ticket for Anadolu in 18 years.

Barcelona has equalized the series of wins to 2-2 after beating Anadolu Efes 82-72 in their last game on April 26. The winner of today's match will head to Spain's Vitoria Gasteiz for the Final Four on May 17-19.

Anadolu Efes reached to the Final Four in the 1999-2000 and 2000-2001 season, before EuroLeague switched to its current format. A win against Barcelona will also land it to a game against fellow Turkish outfit Fenerbahçe Beko, the current leader of the EuroLeague. This would go down in history as the first Final Four match between two Turkish teams.

Tickets for today's match at Sinan Erdem Sports Hall of Istanbul have already sold out after Anadolu's coach Ergin Ataman called for a huge turnout for the match via a social media post.

Do-or-die Game 5 will be a turning point for both teams as they are both looking to get to the Final Four for the first time in years. Barcelona's last Final Four appearance was five years ago. Anadolu Efes is 13-4 at home this season while Barcelona is 7-10 so far in away games.

Anadolu Efes won the first playoff game against Barcelona at home and Game 3 on the road. Barcelona, however, evened the series each time by winning Game 2 in Istanbul and Game 4 at home. The Turkish side's back-court shone with Vasilije Micic's 21 points and 7 assists in the first game and Shane Larkin impressed with 30 points in Game 3.

For the part of Barcelona, Ante Tomic went for double-digit points in both wins by the Spanish outfit. Barcelona also succeeded in dampening the hopes of Anadolu Efes in the second and last game of the playoffs with a strong defense. The Turkish side counts on the domination of its guards, while the same does not apply to Barcelona, which failed to utilize its capacity in the back-court to the full. The Spanish outfit has one player familiar with Anadolu Efes, Thomas Heurtel, who played three seasons for Anadolu, before joining Barcelona in 2017. Heurtel and guard Kevin Pangos are among the key players for Barcelona and are the Spanish side's answers to Micic and Larkin. The Turkish team outpaced others in the EuroLeague with its successful offensive and an average of 85.4 points per game (ppg) in the regular season and 80.3 in the playoffs. The team posted 88.5 points in its two wins in the playoffs and 72.0 points in the two defeats. Anadolu Efes also counts on Bryant Dunston, chosen Best Defender in the EuroLeague, for its defensive efforts. It won three games against Barcelona in the regular season and the playoffs and Barcelona was unable to overcome a virtual threshold of 70 points in all three games. Barcelona registered an average of 14.8 offensive rebounds in the playoffs.