EuroLeague takes off with Turkish Airlines for last 9 years 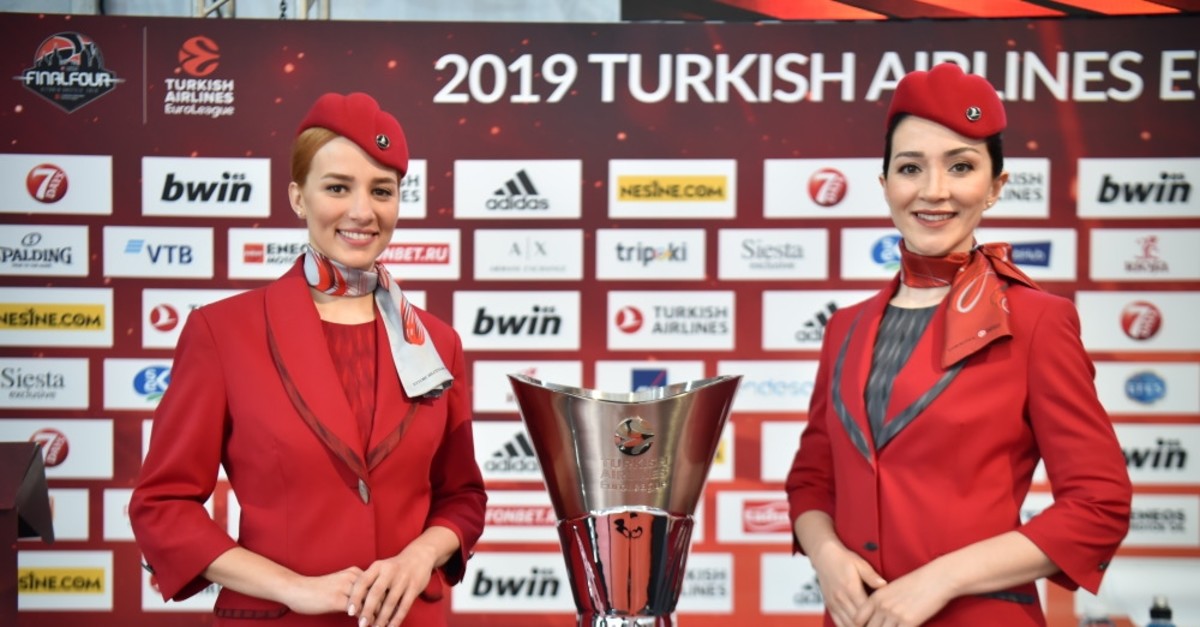 The competition between the best four basketball teams of Europe, Fenerbahçe Beko, Anadolu Efes, CSKA Moscow and Real Madrid, kicked off on Friday evening in the Bask city of Spain Vitoria-Gasteiz with the huge support from the tournament's sponsor Turkish Airlines (THY).

While fans poured into Vitoria-Gasteiz for a stiff and thrilling competition, they were welcomed by fun activities in the FanZone set up in Buesa Arena. Once they land in Bilbao Airport in Spain, fans were hailed by a huge Turkish Airlines EuroLeague logo filled with basketballs.

The Turkish Airlines EuroLeague Final Four attracts high interest from 193 countries around the world with a rating performance supported by 31 broadcasting partners including Facebook, Sport24, EuroLeague.TV, planes and cruise ships.

Since 2010, Turkish Airlines has been the official sponsor of the EuroLeague. With its passionate, persevering and determinant nature, Turkey's national flag carrier provides uninterrupted support for the best players, teams and highly rated competition and sports tournaments. Prior to the title sponsorship agreement, Turkish Airlines and the EuroLeague had partnered for the 2010 Final Four in Paris. That experience showed that both parties not only share the sporting values of teamwork, commitment and fair play, but also complementary platforms and markets.

Turkish Airlines has been supporting other sport tournaments and events like the Super Bowl, UEFA EURO, Rugby's Challenge Cup, European Rugby Champions Cup and Chio Aachen World Equestrian since 2016. Moreover, since 2013, the flag carrier has been organizing Turkish Airlines Open for professional golf players and Turkish Airlines World Gold Cup for amateur players. Turkish Airlines Chairman İlker Aycı said THY is thrilled to be the title sponsor for the prestigious Turkish Airlines EuroLeague Final Four tournament. "Such tournaments remind us the sacrifice and passion for excellence in sports and the importance of team work and empathy for success," Aycı said.