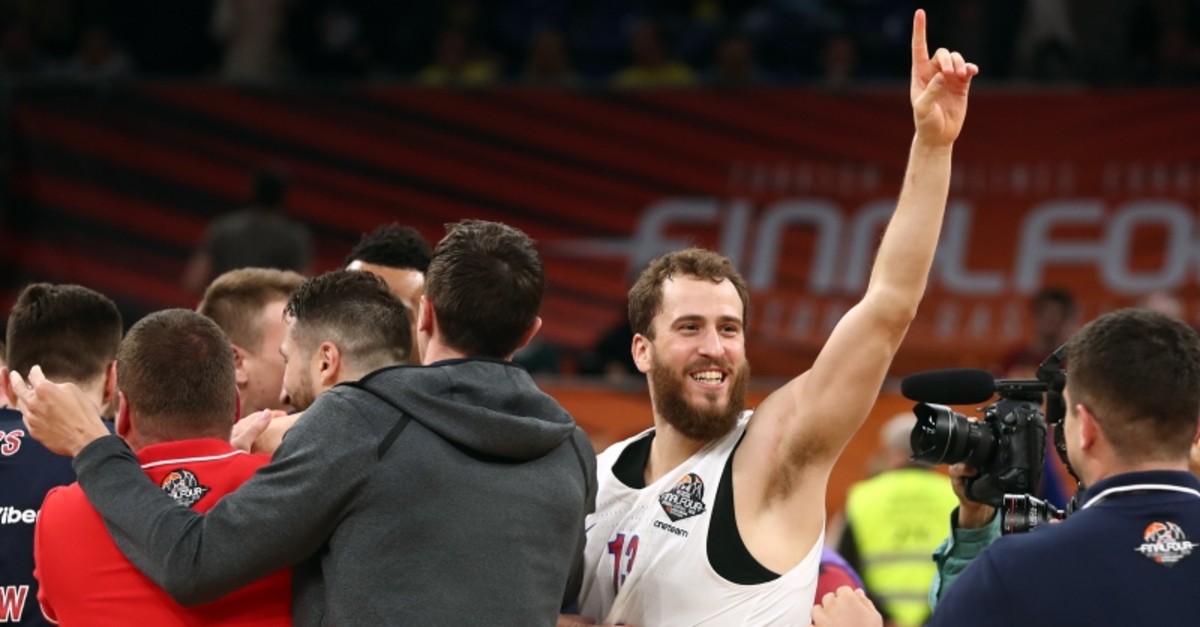 The Russian club became Turkish Airlines EuroLeague champion in the EuroLeague Final Four held in the Spanish city of Vitoria-Gasteiz,

This was Anadolu Efes' first EuroLeague final in its history.

In Europe's premier club basketball competition final, Russia's Will Clyburn and Cory Higgins scored 20 points each while Anadolu Efes' Shane Larkin was the top scorer of the match with 29 points.

The leader of the regular season, Fenerbahçe was defeated by reigning champs Real Madrid and took the fourth place in the final four being held in the Spanish city of Vitoria-Gasteiz.

Both teams were the finalists in the last year's tournament and they were both defeated in EuroLeague Final Four semifinals.

On Friday, for the first time in history, two Turkish clubs met in a Turkish Airlines EuroLeague Final Four match which saw Anadolu Efes beating Fenerbahçe Beko 92-73 to advance to the final.

This year was the first time ever that two Turkish clubs have advanced to the Final Four, making Turkey the fifth country to accomplish the feat since 1988 after Spain, Italy, Greece and Russia.