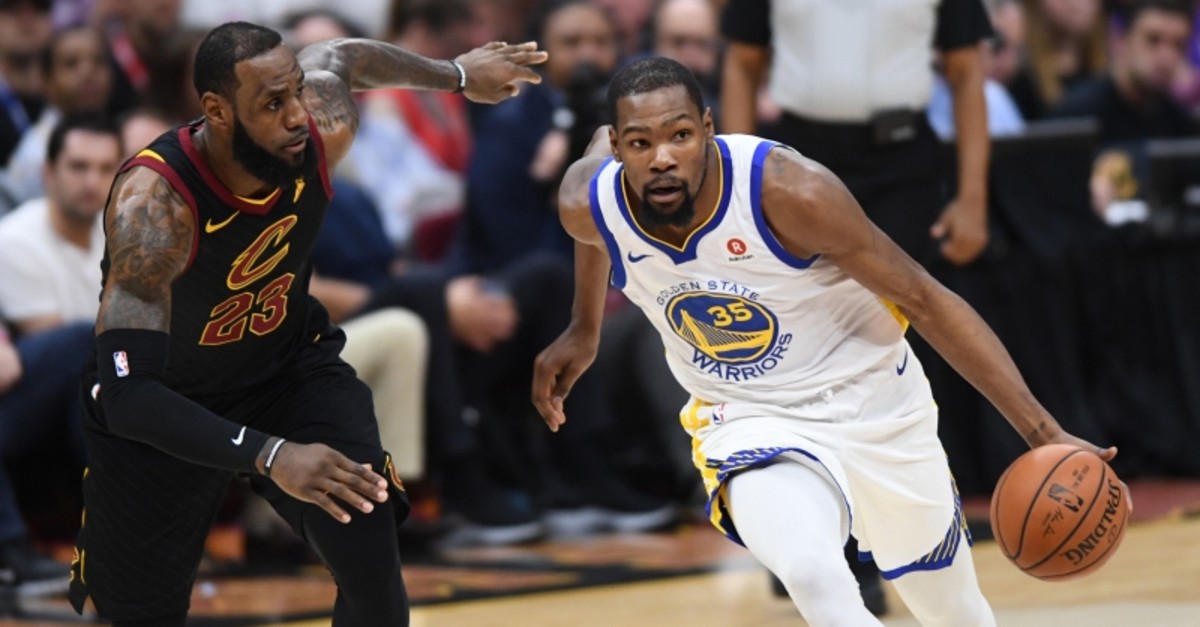 Kevin Durant is likely to miss the start of the NBA Finals but the Golden State Warriors are optimistic he may yet feature later in the series, the team said Thursday.

In an injury update, the Warriors said Durant, who has missed the Warriors past five playoff games with a right calf strain, would not be fit for the start of the finals on May 30.

"At this point it is unlikely that he will play at the beginning of the 2019 NBA Finals but it's hopeful that he could return at some point during the series," the Warriors said.

Durant however continued to make "good progress" with his rehabilitation, the team said.

Durant was the NBA Finals MVP for the past two seasons, helping the Warriors to back-to-back titles in 2018 and 2017.

However the Warriors have been in dominant form since his injury absence, completing a series win over the Houston Rockets before sweeping the Portland Trail Blazers 4-0 in the Western Conference finals on Tuesday.

Cousins has been out since April 15th with a torn quadriceps muscle, an injury that at one stage appeared to be season-ending.

However the Warriors said the 28-year-old was also making good progress with his rehab and was expected to feature during the NBA Finals.

Cousins, who was injured during Golden State's playoff series with the Los Angeles Clippers, practiced with the team on Thursday for the first time since suffering the injury.

"It's anticipated that he will play at some point during the 2019 NBA Finals but the exact date is to be determined and depends on his progress," the Warriors said.

The Warriors will face either the Milwaukee Bucks or Toronto Raptors, who are tied at 2-2, in the finals, which start next Wednesday.

If the Eastern Conference finals go to a seventh game it would be on Monday, giving the winners one day to prepare to face the Warriors.