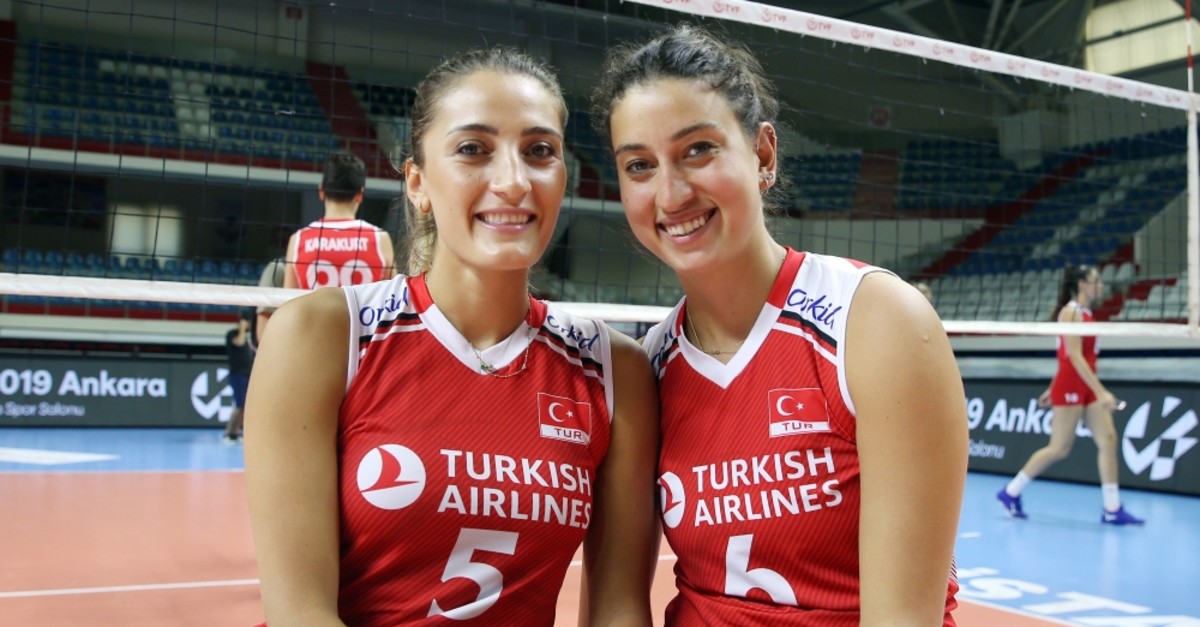 A tough marathon is ahead for Turkey women's national volleyball team but the "sultans of the net" are oozing with confidence. They will first compete in the Intercontinental Olympic Qualification Tournament that starts tomorrow in China. Next in their schedule is Eurovolley, the top European tournament between Aug. 23 and Sept. 8, which will be jointly hosted by Turkey, Poland, Hungary and Slovakia.

Speaking at media day earlier this week, the team's Italian coach Giovanni Guidetti said they were ready for the Olympic qualifiers after a long and busy training period. Guidetti singled out the host China as their toughest rival. Before that, they will take on Germany and the Czech Republic.

"The Olympics is the most important event in a player's sporting career and one match [in qualifiers] can change everything for us. We will give everything to win," he said.

For Eurovolley, Guidetti is counting on the support of Turkish fans. "I have experienced it before and saw how it matters to have the support of fans. We have a brave, passionate team and it will be better with the support of fans. We certainly have a tough schedule but the same applies to other teams too. I am not a complaining type and I believe we have to accept the circumstances we are in and brace ourselves," he said. The team has a mixed record in international tournaments and came ninth in the 2012 Olympics. In Europe, it became third in the European Championship in 2017 and won gold in the 2015 European Games. Its most recent challenge was the Nations League where it finished in the fourth place.

Wing spiker Şeyma Ercan says they had a tight training session in Italy and it'd ultimately benefit them in the upcoming tournaments. "Qualifiers in China will be tough and our first game will be against Germany. We want to win it without conceding any points and we are cautious about host China. They will have home advantage but we have the ambition to earn an Olympic ticket," she said. The 25-year-old player is also excited about Eurovolley and told Anadolu Agency (AA) that it was the European championship in Ankara in 2003 that inspired her and others of her generation to pursue a career in volleyball. "It has been 16 years since and we are very excited to host it. It will be very different to play in front of our fans. It will be a very good experience," she said.

Middle blocker Kübra Akman said they count on fan support in Ankara in Eurovolley. "If we are to accomplish something, it will be through their support," Akman added. Women's volleyball boasts more accomplishments than men's in Turkey, thanks to top teams like Vakıfbank and Eczacıbaşı. But the sport is still overshadowed by the overwhelming interest in soccer in Turkey. Players in other sports branches often complain lack of fan support but the "sultans of the net" became a household name in the country thanks to their international titles and an accompanying public relations campaign that endeared them to the nation. Akman said although their rivals in qualifiers are tough, there was "nothing impossible" for them and they had faith in getting a ticket to the Olympics.

Opposite spiker Hande Baladın, of Eczacıbaşı, said China is a strong rival with a good lineup. "They are competitive and have a good offense but in turn, we have higher energy. We are a young team that never gives up," the 21-year-old player told Demirören News Agency (DHA).