Turkey off to victorious start in FIBA World Cup opener 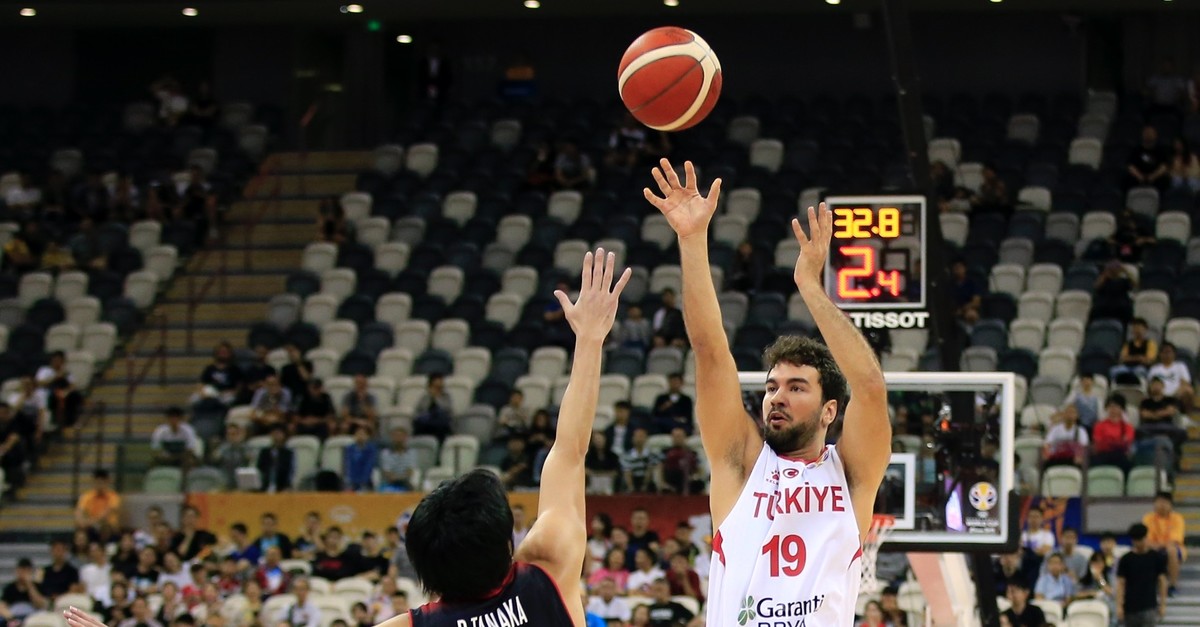 Turkey got a good start to this year's FIBA World Cup in China, winning against Japan in their Group E match at the Shanghai Oriental Sports Center.

Turkish star Cedi Osman racked up 12 points for his team, and his teammate Furkan Korkmaz got 10.

The game's turning point was courtesy of Turkey's Doğuş Balbay. As Hachimura started to dominate either side of the half, Japan were within striking distance and only down 12 midway through the third quarter. But a pretty Doğuş Balbay reverse layup sparked an 11-2 run and the result was effectively in the bag for Turkey.

Turkey's coach Ufuk Sarıca said in a post-match press conference that it was "a good win." "It was an important, key match for us. I knew the first match would be difficult but it was an easy win for us," Sarıca said.

He said Japan was fond of rapid offensive but his players were efficient in blocking them and was well-prepared for field defense. "We had good shots and good energy going into the second half. This was where we dominated the game," he said. Sarıca praised his players for team spirit, citing every player, no matter their position, played as defenders.

He singled out Ersan İlyasova for his "great performance." Sarıca was cautious for Turkey's next rivals in the tournament.

"It is obvious that the United States will be a tough rival. They are already a favorite to win. The Czech Republic is also a serious rival," he said.

Turkey will meet the defending world champion U.S. in the next game on Tuesday.

The tournament is set to last through Sept. 15, bringing a record 32 countries together to compete for the title. Joining the tournament for the fifth time, Turkey is in the same group as Japan, the U.S. and the Czech Republic.

In 2010, the Turkish basketball team posted their best World Cup tournament yet when they met the U.S. in the final. The U.S. won that game 81-64, with Turkey laying claim to second place honors. In the other game of yesterday, Australia drew first blood in the so-called "Group of Death" with a nail-biting 108-92 victory over Canada.

Cleveland Cavaliers' Matthew Dellavedova was key for the Boomers, leading the way with 24 points after Canada had battled back from a 12-point half-time deficit to lead going into the fourth quarter.

Along with Serbia, Greece, Spain and France, Australia has been mentioned as a threat to America's long dominance, but they will need to defy history. The Boomers have never gone beyond the quarter-finals in 11 previous World Cup appearances.

Australia began their title bid in the southern Chinese city of Dongguan against a Canadian side led by NBA champion coach Nick Nurse but missing many of their biggest names.

In a highly competitive Group H also containing Lithuania and Senegal, Australia led 52-40 at half-time with Joe Ingles of NBA team the Utah Jazz scoring 10 points and registering three assists against Canada's slack defense. He finished with a match-leading 10 assists.