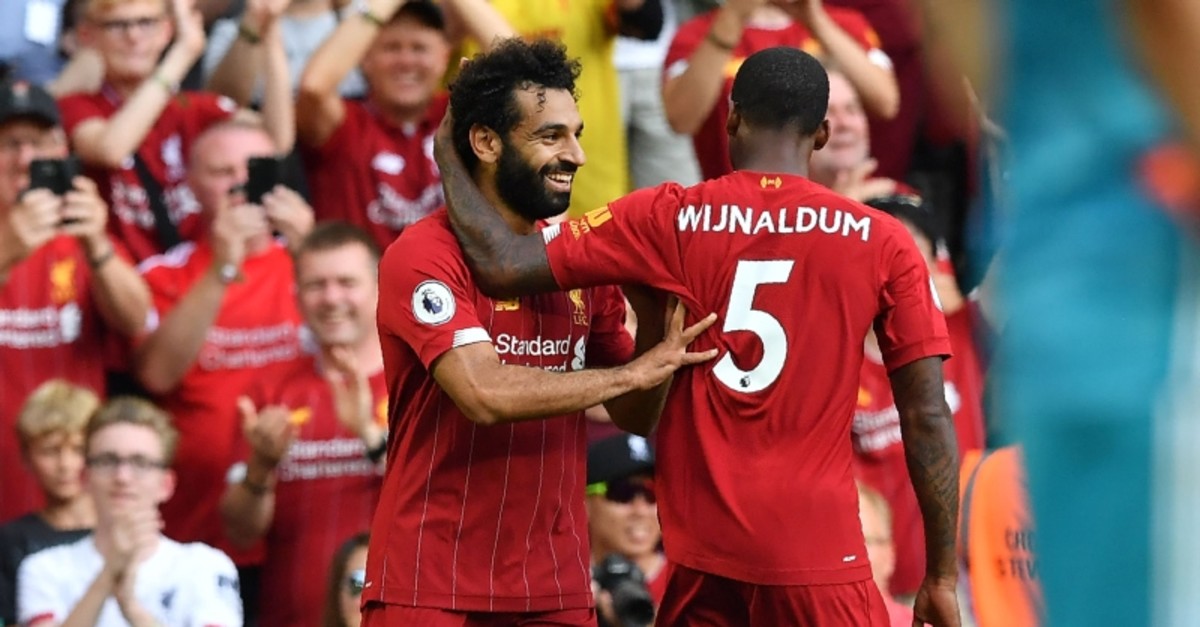 Liverpool has won all four games to top the table by two points ahead of defending champions Manchester City. The Reds have also taken 13 straight victories going back to last season, breaking the previous club best mark set between April and October 1990.

Juergen Klopp's side will try to keep both streaks alive when they host Newcastle United at Anfield in the early game on Saturday.

"We want to keep going - and we want to win every game that is ahead of us now," defender Virgil van Dijk said. "There are seven games before the next international break. We want to win every match, and so seven wins is the target. "That's what we have to try and do."

Liverpool's latest victory, 3-0 at Burnley, didn't come without controversy. Sadio Mane was visibly upset with striker partner Mohamed Salah after he was left all alone in front of an open goal as the Egyptian elected to shoot instead.

Mane had to be calmed by several teammates in the dugout after coming off but captain Jordan Henderson said the outburst wasn't a bad thing.

"That's just us pushing each other all the time," the midfielder told the Liverpool Echo. "I think that's important. "We all want to do better, we all want to improve, but we're really close and I think we can deal with that."

Manchester City figures to keep the pressure on their title rivals when they travel to newly promoted Norwich City in the late kick-off. The champions have begun their defense with three wins and a draw and boast the league's top attack with 14 goals. Norwich, meanwhile, haven't been helped by the schedule makers in their return to the top flight after having already lost to Liverpool, Chelsea and West Ham, though they did beat Newcastle

And even though another one of England's "Big Six' clubs is on the horizon, goalkeeper Tim Krul is excited for the challenge

"Who else can't wait for the game this Saturday? Another massive test for us at Carrow road," he asked on Twitter on Tuesday.

Third-placed Leicester join Liverpool and City as the league's only unbeaten teams, having won two of four, while Palace sit fourth after taking seven of a possible 12 points.

"If you look at it at the minute, we're in good form and we're confident," Leicester midfielder Marc Albrighton told the club's website. "We're going there full of confidence and we're playing with freedom. We've got the ability, in my opinion. "I feel like we can hold our own against them, and probably more than that, go on and beat them."

Brighton host Burnley, Southampton visit Sheffield United, Wolverhampton Wanderers are home to Chelsea, Everton is away to Bournemouth, Watford takes on Arsenal and West Ham travels to Aston Villa in the other games.