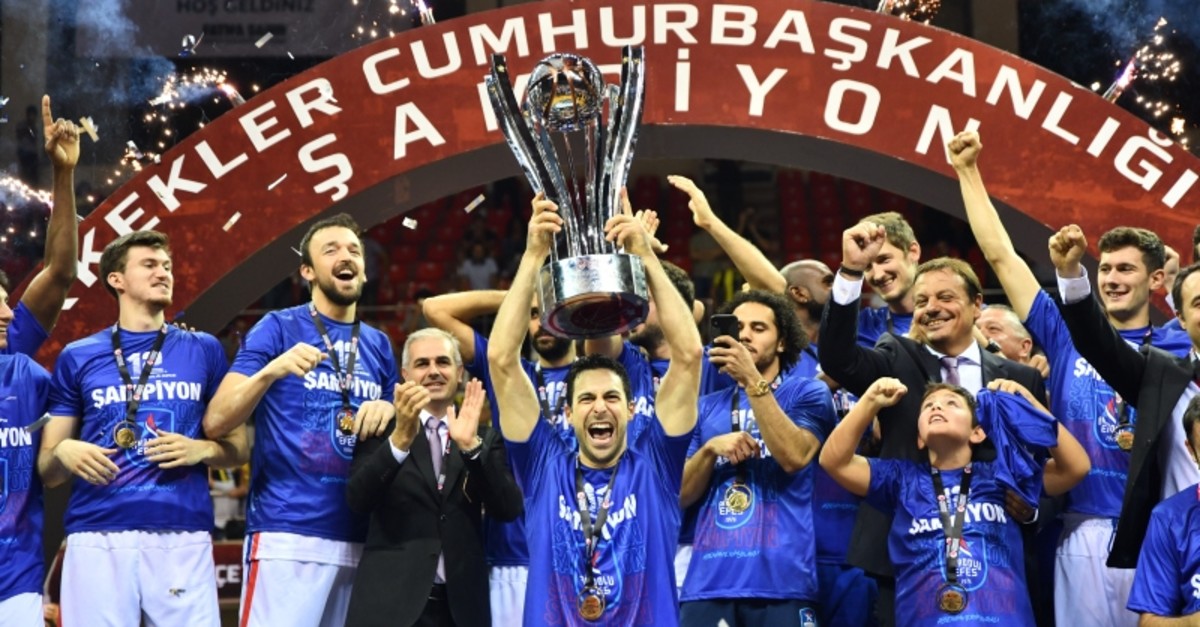 Anadolu Efes' Croatian forward Krunoslav Simon was on fire against Fenerbahçe Beko as he scored 22 points in the final held the southeastern Turkish province of Gaziantep.

Simon had 100% three-point field goals, scoring all six of his three point shots.

The French star of Fenerbahçe Beko, Nando De Colo had a poor performance in the final, scoring only four points. De Colo produced five assists but had five turnovers.

Simon was named the player of the final at Karataş Şahinbey Dome.

Anadolu Efes star Shane Larkin didn't play in Gaziantep due to an injury.

In the cup ceremony after the match, Anadolu Efes captain Doğus Balbay lifted the trophy.

Fenerbahçe Beko returned to Istanbul with the silver medal.

Fenerbahçe Beko is the seven-time winner of the Turkish Basketball Presidential Cup. The Yellow Canaries last won this title in 2017.