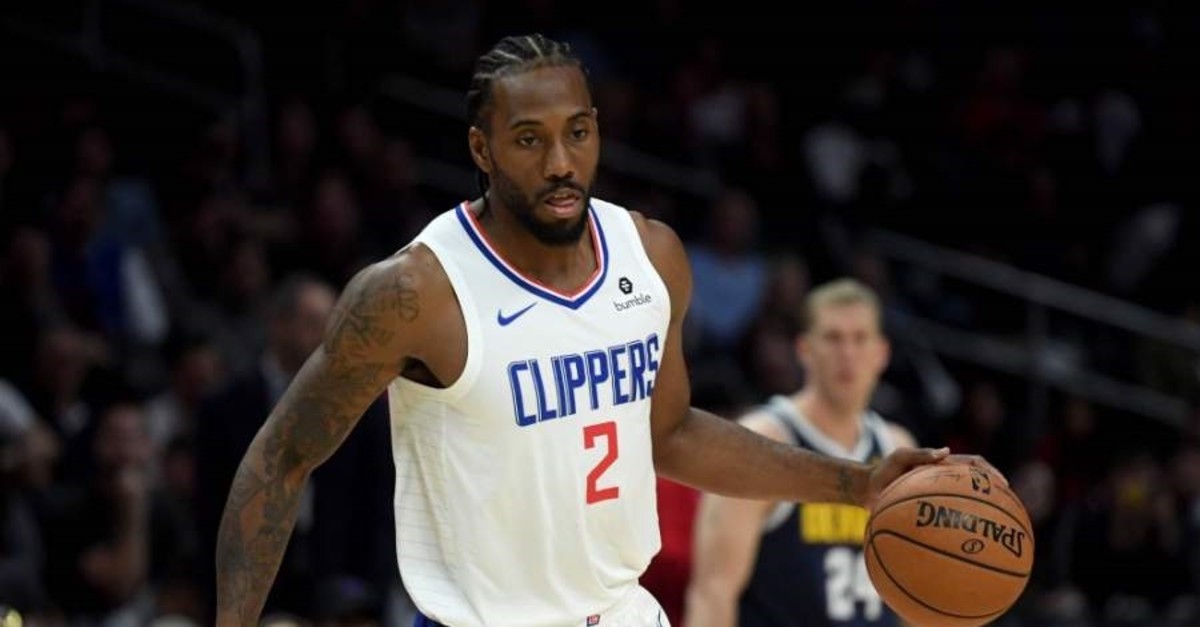 It's a whole new ballgame in the NBA, where a seismic shift in star talent has flung the door wide open to an array of 2020 title contenders.
The NBA, whose sudden row with China promises to linger, will be hoping on-court excitement in the wake of unexpected off-season moves will pull attention from simmering tensions when the 2019-20 campaign tips off Tuesday.
With Kevin Durant gone and Klay Thompson ruled out for the first half of the season after knee surgery, the Golden State Warriors' march to the finals that has defined the past five seasons looks to be a thing of the past.
Stephen Curry says a championship is "still the goal" for him, Draymond Green and the rest of the Warriors' new-look team after Golden State fell to the Toronto Raptors in last year's title series.
But just as the Warriors open their glitzy new $1.4 billion Chase Arena in San Francisco, the center of gravity in the still powerful Western Conference has shifted south.
The Los Angeles Clippers are the top pick to contend in a survey of NBA general managers, thanks to the arrival of Kawhi Leonard from the reigning champion Toronto Raptors and Paul George from Oklahoma City.
The revamped Clippers are out to usurp the Lakers as Los Angeles' top team, although the LeBron James-led Lakers won't go quietly. A "very motivated" James, whose first campaign in LA ended with him missing the playoffs for the first time since 2005, says the team is ready to contend with former New Orleans Pelicans star Anthony Davis lining up alongside Dwight Howard, Kyle Kuzma and newly arrived Danny Green.
"I'm not in talk-about-it mode," James said.
The Clippers and Lakers kick off the season on Tuesday, when the Raptors will launch their title defense and raise their championship banner in a game against the Pelicans.
The Clippers-Lakers matchup is the first of four games in the season between the Tinseltown rivals, who also feature in the star-studded Christmas slate.
In December, the league ventures south of the border with two games in Mexico, and league icon Michael Jordan's Charlotte Hornets take on reigning Most Valuable Player Giannis Antetokounmpo of Greece and the Milwaukee Bucks in Paris in January.
However, the league that has painstakingly cultivated overseas markets and welcomed a steadily increasing number of international players received a jolting reminder of the pitfalls of global growth on the eve of the season.
Commissioner Adam Silver admits he doesn't know "where we go from here" after lucrative Chinese sponsorship and telecast deals were left in limbo after Houston Rockets executive Daryl Morey tweeted support for pro-democracy protesters in Hong Kong.
And not all of the marquee off-season moves will yield immediate dividends.
Durant won't suit up for the Brooklyn Nets this season as he continues his recovery from a ruptured Achilles tendon.
But with Kyrie Irving, who fled the Boston Celtics, and DeAndre Jordan, the Nets expect to contend.
"The league is wide open on both sides, East and West, so we want to take advantage of our opportunity," Brooklyn's Jordan said as the training camp opened.
Last Update: Dec 20, 2019 1:09 am
RELATED TOPICS