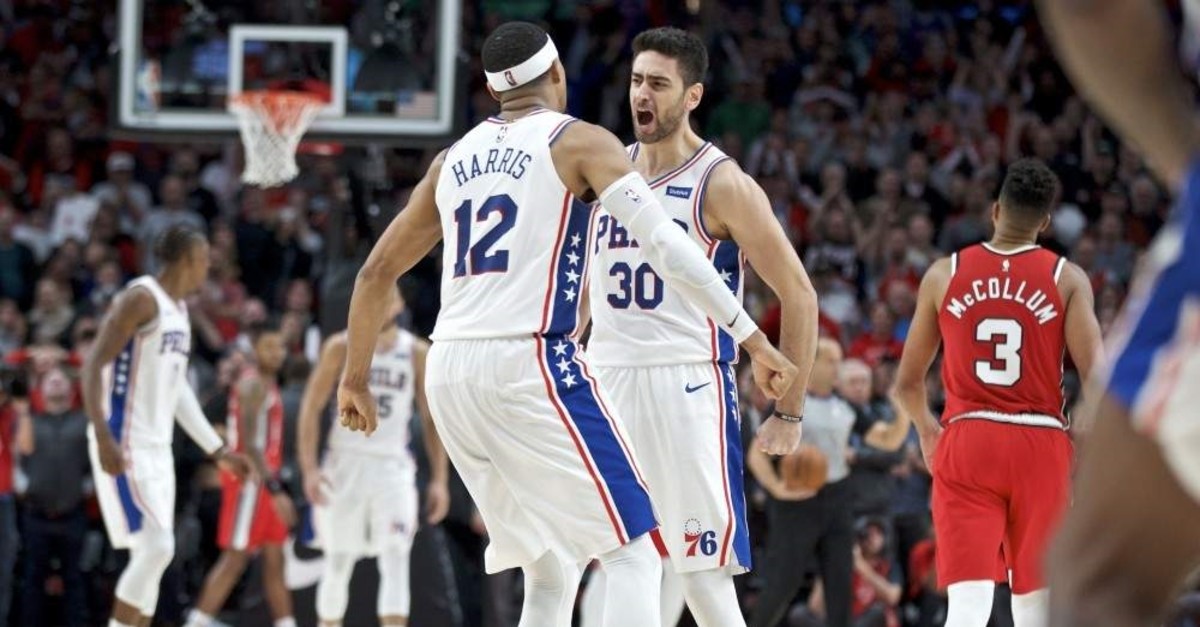 Philadelphia 76ers' Turkish player Furkan Korkmaz was just as stunned as anyone by his game-winning 3-pointer against the Portland Trail Blazers.
Korkmaz hit his 3 with just 0.4 seconds left and the unbeaten 76ers rallied for their fifth straight victory, 129-128 on Saturday night.
“I didn’t know how to feel or how to act. It was the biggest shot of my career,” he said.
Anfernee Simons made a corner 3-pointer with 2.2 seconds left to put Portland in front but the Sixers got the ball back after a timeout to set up Korkmaz’s falling-down, 24-footer for the win – without suspended center Joel Embiid.
Korkmaz was one of the heroes of the game with 11 points, three rebounds and two assists, coming off the bench. Al Horford scored 25 points, made seven assists, and grabbed five rebounds, while Tobias Harris chipped in 23 points in the win.
The 76ers are the last undefeated team in the league with their first 5-0 start since the 2000-01 season, when they opened with 10 straight victories en route to the Eastern Conference championship.
The Blazers led by as many as 21 points in the third quarter but the Sixers closed the gap to 103-100 on Raul Neto’s driving layup with just over 10 minutes left. Damian Lillard’s 3-pointer with five minutes to go put Portland up 121-113.
Portland’s Rodney Hood, who finished with 25 points, left the game with 4:29 left after he tangled with Tobias Harris. It appeared that Hood injured his left knee.
Ben Simmons and Al Horford made back-to-back dunks to pull Philadelphia within 125-124. Mario Hezonja fouled Simmons with 10.1 seconds left and he made both to give the Sixers the lead.
Korkmaz called his 3 to win it a “dream come true.”
“We were working on that in practice. I knew that if I was open I would take the shot. That was my mentality when I was going in,” he said.
Said Simmons: “As soon as I saw Furk open – I think he was shocked he was that open – I trusted Furk to make that shot.”