THY EuroLeague: Russia versus Turkey in Round 8 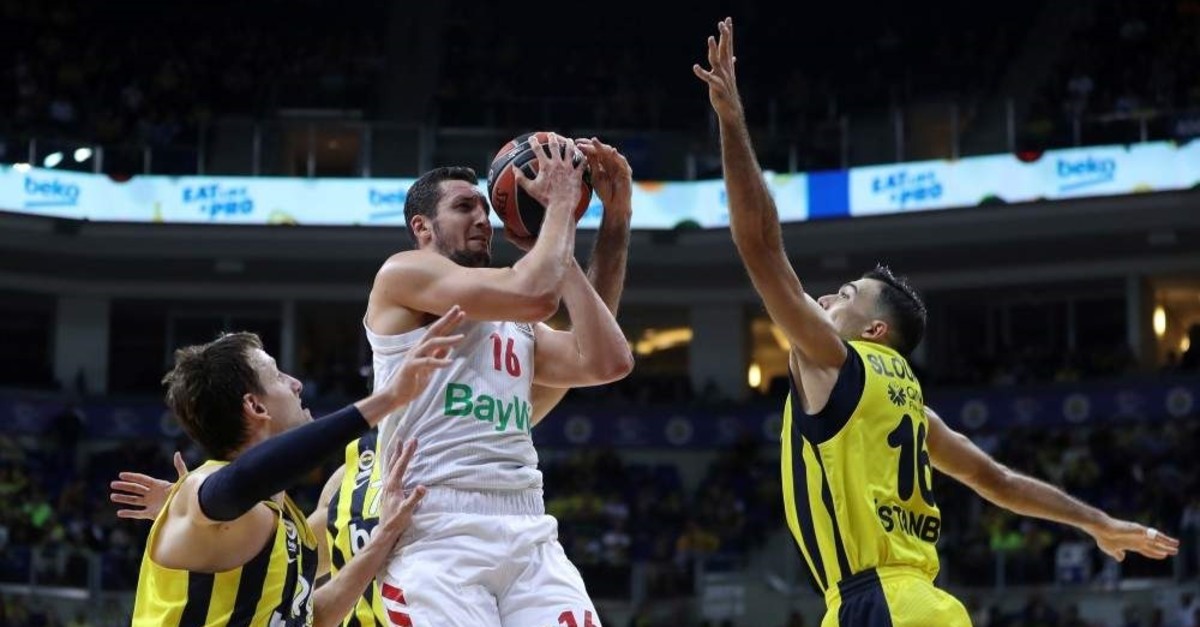 It's Russia week for Fenerbahçe Beko and Anadolu Efes in the THY EuroLeague Round 8 as they take on CSKA Moscow and Zenit St. Petersburg, respectively, in two critical matches

Round 8 of the Turkish Airlines (THY) EuroLeague kicks off Thursday as the league’s two Turkish teams go for up against their Russian rivals.
Anadolu Efes will host Zenit St. Petersburg Thursday and Fenerbahçe Beko will square off against CSKA Moscow in an away game Friday.
Anadolu Efes, with five wins and two losses in eight weeks, sits fifth in the EuroLeague and Zenit may be an easy rival with only two wins since its debut in the prestigious tournament.
The Turkish team will pursue a winning streak after defeating Olympiacos last week while Zenit lost its last two games and in pursuit of a definitive win to book a place in the playoffs race.
This is the first-ever game between two teams in the EuroLeague. They have only faced each other in a friendly match that ended with a defeat for Anadolu Efes.
Efes will count on its strong defense to nullify Zenit's weak offense. Tight defense and long-range shots will be key for victory for the Turkish side. Zenit has little to rely on, apart from their lucky streak of two wins in away games.
The Russian outfit’s Gustavo Ayon and Anadolu Efes’ Bryant Dunston will be the key players for both sides. Dunston has an average of 11.4 points per game (ppg) and 6.6 rebounds, along with 2 assists and 1 steals per game. Ayon is Zenit's most successful player with 11 ppg, 6.2 rebounds, 2.7 assists per game and 1.8 steals per game.
Anadolu Efes will also look to Shane Larkin, who averaged 26 ppg in his last two outings, along with Serbian point guard Vasilije Micic.
Efes coach Ergin Ataman is cautious about Zenit and reminded his side of its away wins against Olympiacos and Zalgiris Kaunas in his pre-match presser. “It has efficient players like Ayon and Will Thomas and has a good scorer in Austin Hollins. We need a good defense and support of our fans,” Ataman said, counting on home advantage against the Russian side.
For Fenerbahçe Beko, the CSKA Moscow match will be a showdown of a mentor and his protege. Fenerbahçe’s veteran coach Zeljko Obradovic will face off his former assistant Dimitris Itoudis in Friday’s game.
CSKA is better of the pair in terms of matches played so far, with five wins and two losses while Fenerbahçe has only two wins. Obradovic and Itoudis squared off ten times before as the coaches of Turkish and Russian outfits.
Nevertheless, it will be a genuine challenge for both coaches. Obradovic has to bring the Turkish side back to the playoff race following the early bad streak while the Russian side which secured the third spot in the league, needs to rebound from a shock loss to Villeurbanne.
Meanwhile, league leader FC Barcelona takes on Real Madrid in an away game Thursday. It will be a must-watch game as Nikola Mirotic will square off against his former club Real Madrid and is expected to build upon his team-high averages of 19.1 points and 5.9 rebounds.
However, if past records mean anything, the luck will be with Real Madrid who is undefeated at home this season.
Last Update: Dec 20, 2019 1:39 am