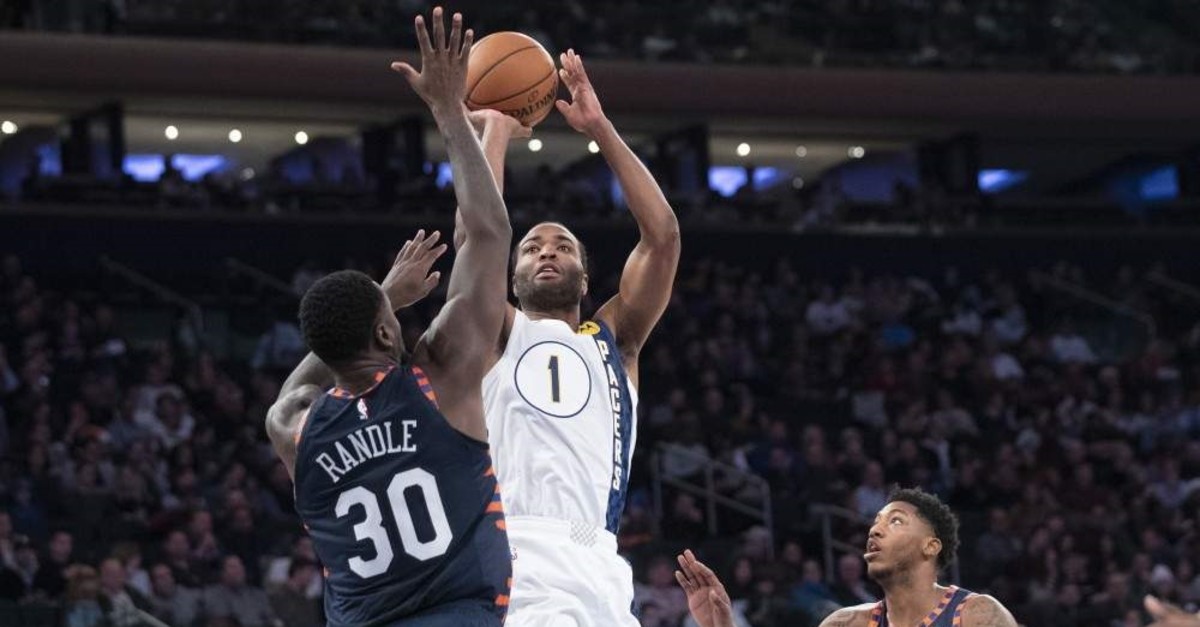 Indiana Pacers' T.J. Warren (R) goes to the basket against the New York Knicks' Julius Randle (L), New York, Dec. 7, 2019. (AP Photo)
by Dec 08, 2019 6:37 pm
With the Rockefeller Plaza Christmas tree lit and the Radio City Rockettes kicking into high gear, a grimmer December tradition is coming into focus in the Big Apple: The New York Knicks are in big trouble. Handed their ninth straight loss in heartbreaking fashion against the Indiana Pacers on Saturday, the Knicks fell to 4-19 on the year, equaling the record set in 2014 for the worst start in franchise history. It is familiar territory for the Knicks, as they failed to attract star free agents like Kevin Durant and Kyrie Irving in the off-season, with the bright lights and glamour of New York City eclipsed by six consecutive losing seasons.
Even the sudden firing of head coach David Fizdale, intended to reset the team's trajectory, seemed to backfire, with stunned players lamenting their leader's departure.
"It's a family thing," center Mitchell Robinson told reporters after their 103-104 loss in front of a rowdy hometown crowd. "(Fizdale is) still going to be part of us no matter what. He looked after us besides basketball but as people as well."
While a gobsmacking 129-92 loss against the Denver Nuggets on Thursday and Monday's 132-88 drubbing at the hands of the Milwaukee Bucks should have foretold the coach's impending fate, Fizdale's departure nonetheless "caught everyone by surprise," according to guard Dennis Smith Jr.
"We didn't want it to fall all on him," Smith told a scrum of reporters in the locker room, prior to Saturday night's contest. "We talked about that actually, like, 'we've got to start taking responsibility,' because he would stand up in front of y’all and take all the bullets for all of us. It’s not 100% on him."
Power forward Julius Randle, who missed a second free throw that would have tied Saturday's game in its final moments, told reporters the team had no choice but to "keep fighting."
"We've got a long season ahead and we have to keep moving on," said Randle.
The team next flies west to take on the Portland Trailblazers on Tuesday, kicking off a bruising four-game road trip that proves there is no rest for weary.