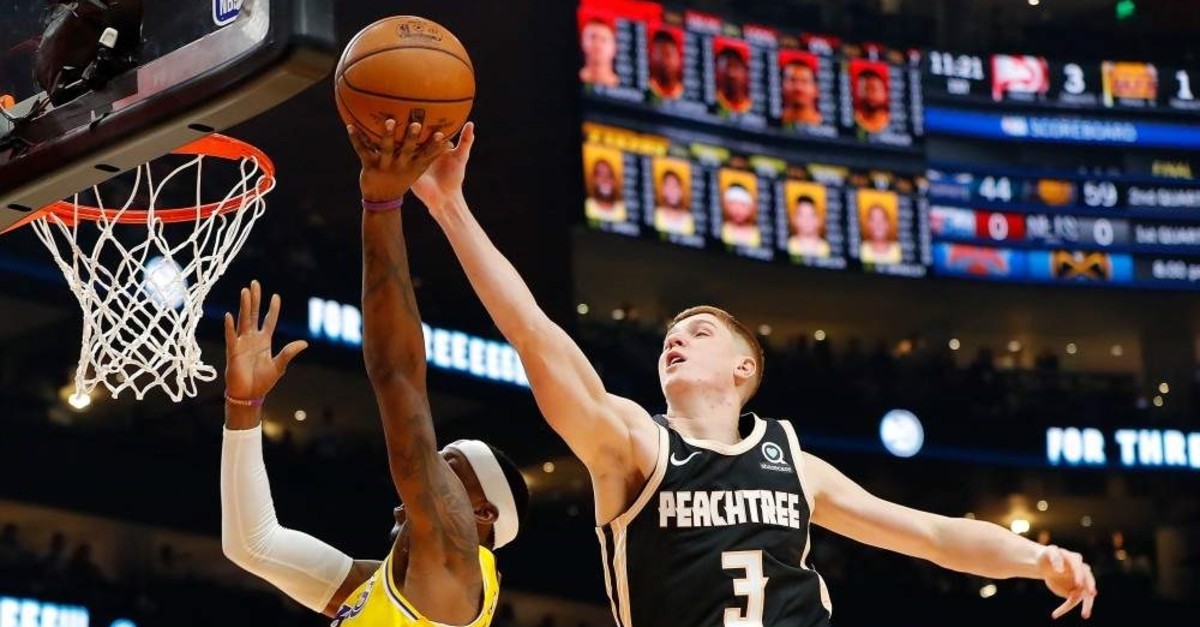 LeBron James scored 32 points to lead the visiting Los Angeles Lakers to a 101-96 win over the Atlanta Hawks Sunday and extend their road winning streak to 14 games.

James made 12 of 21 from the field, four of them 3-pointers, and added 13 rebounds, seven assists and three blocks to help the Lakers extend their overall winning streak to seven.

The Lakers' road winning streak is the longest by the club since they won 18 straight away from home during their NBA record 33-game winning streak in 1972-73. Their only road loss this season was in their own building in their first regular-season contest when the Clippers were the "home" team at Staples Center, which the teams share. The Hawks, who lost to the Lakers by 21 last month in Los Angeles, were in the game until the end.

Atlanta rookie Cam Reddish missed a 3-pointer that would have tied the game with 10 seconds remaining, and the Lakers' Danny Green grabbed the rebound, was fouled and made two free throws to nail down the win.

The Lakers also got 27 points and 13 rebounds from Anthony Davis, who picked up his 12th double-double. Kentavious Caldwell-Pope and Rajon Rondo both added 11 points.

The Hawks got 30 points from Trae Young, who was 9-for-22 from the field, including three 3-pointers. It was the 13th time Young has scored at least 30 points this season. Atlanta, which has lost four straight, also got 12 points from Jabari Parker. Atlanta led 25-24 after one quarter, but Los Angeles outscored the Hawks by eight in the second quarter and took a 55-48 halftime lead.
The Lakers led by as many as 11 points in the third quarter when JaVale McGee made one of two free throws with 5:40 remaining. Atlanta lost shooter Kevin Huerter to a left shoulder contusion. It is the same shoulder Huerter injured in Denver on Nov. 12 and his status is day-to-day. The Lakers play the fourth game of their five-game road trip on Tuesday at Indiana. The Hawks travel to play the New York Knicks Tuesday.