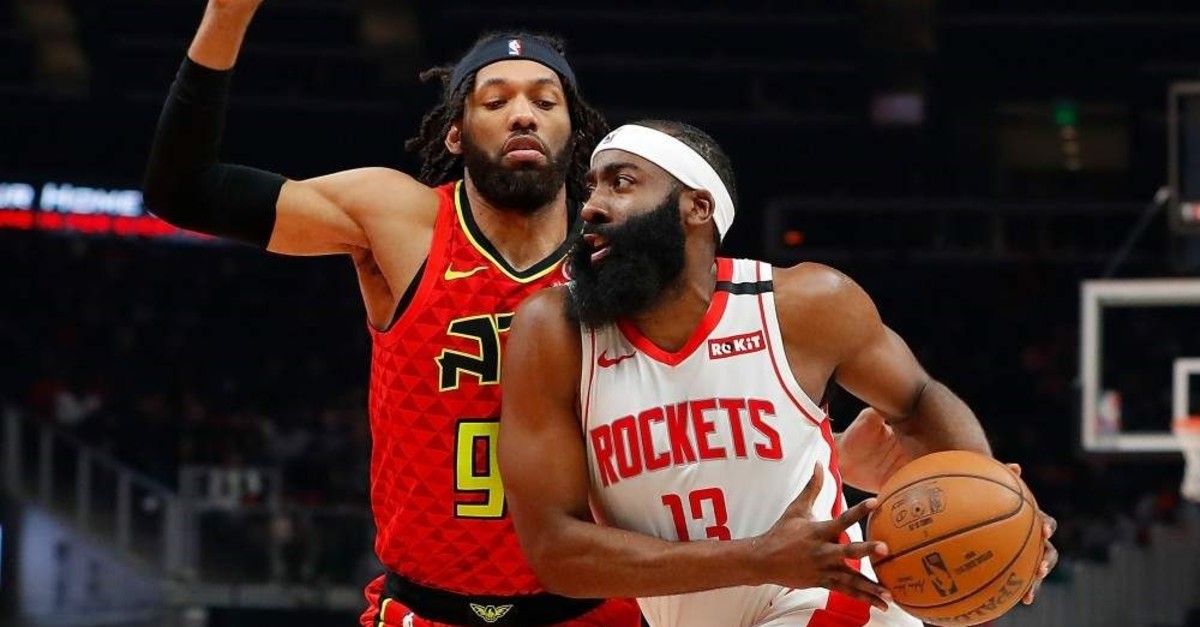 James Harden scored 41 points, including 22 in the first quarter, to lead the Houston Rockets over Trae Young and the Atlanta Hawks 122-115 Wednesday night.

Harden had 10 assists and 10 rebounds for his second straight triple-double. He had 44 points, 11 rebounds and 11 assists for his first triple-double of the season in a 118-108 win over Philadelphia Friday night.

The Hawks trailed by as many as 23 in the second quarter but cut the lead to 118-115 with 18 seconds left. Harden made four free throws over the final 10.4 seconds to put the game away. Houston defeated the Hawks for the sixth straight time.

The Hawks wasted a triple-double from Trae Young, who finished with 42 points, 13 rebounds and 10 assists. It was Young's sixth 40-point game and his second triple-double of the season.

Houston also got 22 points and 22 rebounds from Clint Capela and 18 points on six 3-pointers from Ben McLemore.

Atlanta had two others with double-doubles. John Collins had 17 points and 14 rebounds and Alex Len added 14 points and 10 rebounds.

The Rockets had a 45-29 lead over Atlanta after one quarter, the most points the Hawks have allowed in the first quarter this season. Harden scored 22 and the Rockets shot 63.6% from the field.

The Rockets stretched the lead to 23 when Eric Gordon made one of two free throws with 8:10 left to make it 58-35. The Hawks pulled to within 77-62 at halftime when Allen Crabbe made a trey at the buzzer.

Atlanta made a charge midway in the third quarter and cut the lead to four points when Crabbe hit a 3-pointer to make it 87-83 with 3:37 left. But the Rockets answered with 3-pointers from Harden and McLemore and used a 12-2run for a 99-85 lead entering the final quarter.

The Rockets were playing without guard Russell Westbrook, who took the night off on scheduled rest.