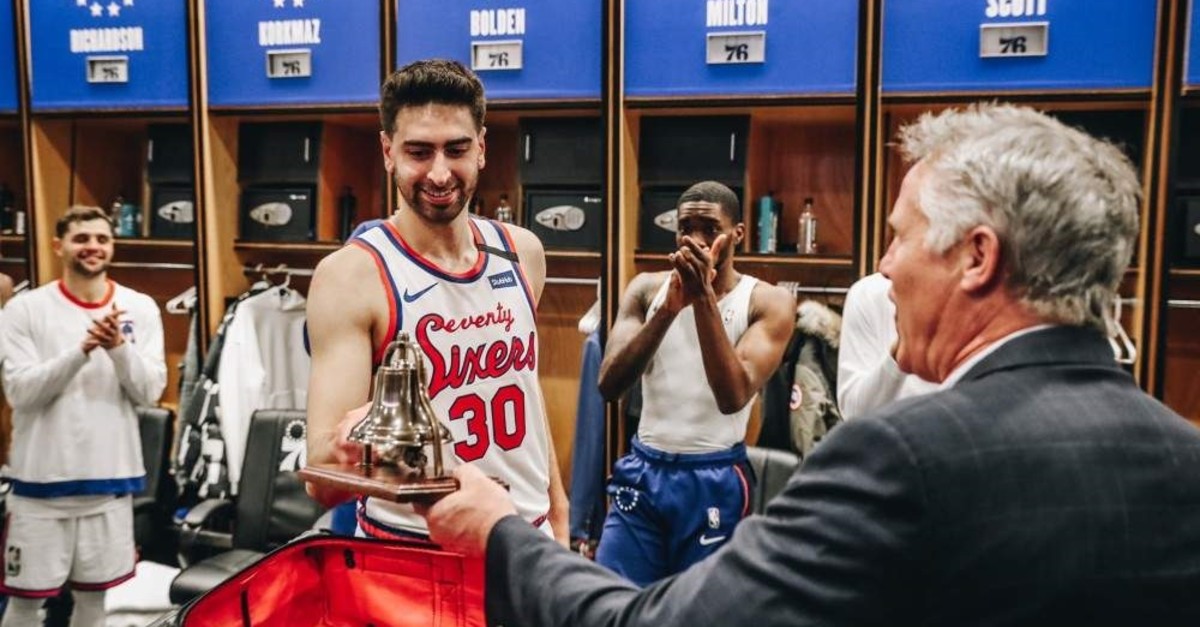 Furkan Korkmaz asked the Philadelphia 76ers 14 months ago to trade him somewhere he could play amid frequent shuttles back and forth to the club's G-League team in Delaware. On Friday night, he was a lifeline for a team that may have found an answer to its desperate need for outside shooting.

Korkmaz had six 3-pointers and a career-high 24 points, and the 76ers beat the Chicago Bulls 100-89 Friday night.

"Everyone could see that I was really feeling it and trying to find me," Korkmaz said. "As a team, we had good open looks in moving the ball and we executed the game plan well." 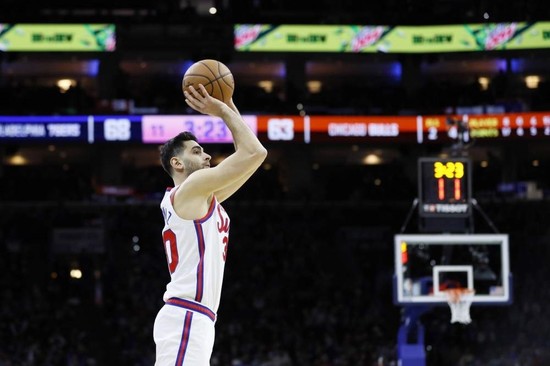 Korkmaz goes up to shoot during the second half of an NBA basketball game against the Chicago Bulls, Friday, Jan. 17, 2020, in Philadelphia. (AP Photo)

Ben Simmons and Al Horford each scored 20 points for Philadelphia. Simmons had 11 rebounds and seven assists.

Zach LaVine led Chicago with 23 points, while Cody White had 14 and Luke Kornet added 13. The Bulls struggled to hold onto the ball, turning it over 11 times in the second half as the game slipped away.

"I didn't like our discipline in the second half offensively," Chicago head coach Jim Boylen said. "There were too many turnovers. We had some opportunities and good looks in situations that we could capitalize with. We didn't get it done."

Korkmaz helped the 76ers take over in the third quarter after trailing 48-47 coming into the second half. He hit all four of his shots from deep in the quarter, allowing Philadelphia to surge ahead 81-71 at the end of the period.

Philadelphia has been linked to virtually every available 3-point shooting trade target to fill the gap left when leading outside shooter JJ Redick left for New Orleans in free agency last year. On Friday, the 76ers were seeing if Korkmaz could give them that lift off the bench. Korkmaz finished 6 of 9 from 3-point range and was 8 of 11 overall.

"We were dusting off some of the plays that we used to run for JJ," Sixers coach Brett Brown said. "We ran five plays in a row to him. And he changed the game and gave us a spark."

"It's all about reps in practice because JJ was making shots look easy," Korkmaz said. "At the end of the day, we're running those for me. And when I play with Ben, I feel confident because I know I will be open at the end of the set." Early in the fourth, Korkmaz brought a big ovation from the sold-out crowd with an isolation drive and windmill dunk over Bulls forward Cristiano Felicio. Korkmaz's previous high was 21 points at Detroit on Dec. 21. "JJ never did that," Brown joked.

Simmons had his third straight game with at least 20 points amid the absence of injured Joel Embiid. Tobias Harris added 13 points for Philadelphia, which improved to 20-2 at home.

The Sixers are 7-14 on the road and have lost six straight as they leave Philadelphia for three straight games, starting Saturday night in New York.

"If I knew why, we would have fixed it," Simmons said. "We just have to keep working at it."

The club was hit with a technical foul for having six men on the court toward the end of the first quarter on a play that wiped out another Korkmaz 3-pointer.

"We were trying different rotations out tonight and Tobias [Harris] was still on the court," Brown said. "I'll take responsibility for that."

Embiid's injured left finger has had a ripple effect on Philadelphia's plans in a lot of areas. One of the biggest could be the usage of 12-year veteran and 33-year-old Al Horford, who has seen his minutes go up from his time last year in Boston (31 per game this season as opposed to 29 with the Celtics) and up to 33.5 per game in the five games since Embiid was injured.

It was believed the 76ers were going to ease Horford's regular season workload with an eye towards the playoffs.

"If you look at it, he may go up a little bit, but it's never a reckless amount," Philadelphia head coach Brett Brown said before Friday's game. "In regard to cutting our nose off to spite our face, that won't happen. We're very mindful of it."

Sixers will play at the New York Knicks on Saturday while Bulls will host Cleveland.