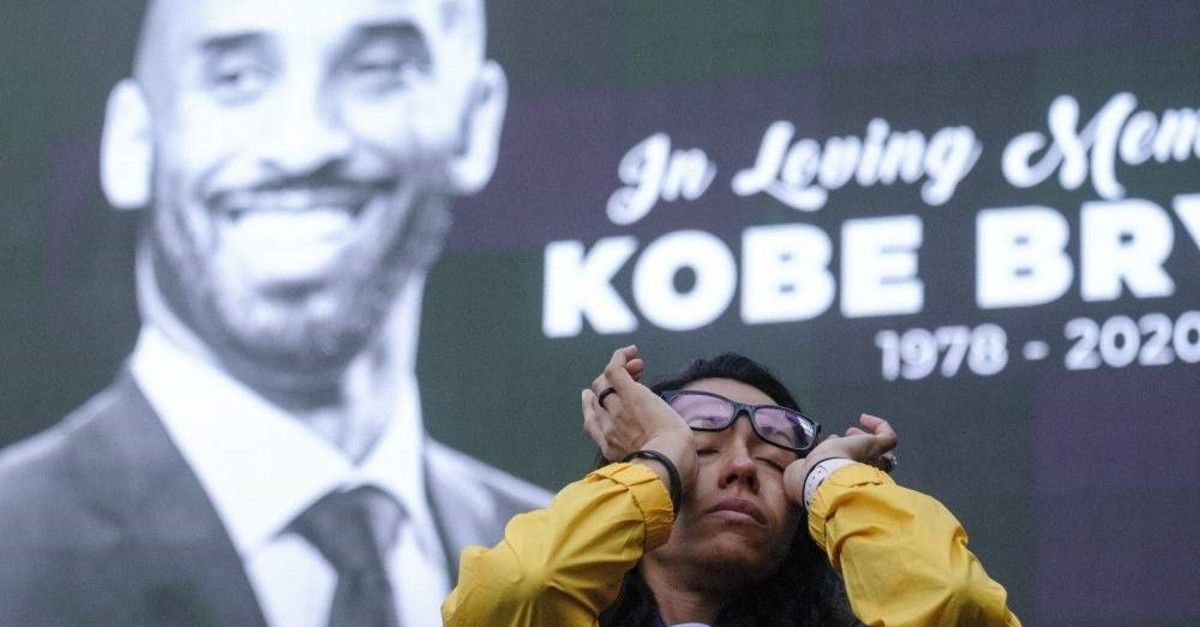 The NBA has postponed the Los Angeles Lakers' next game against the Clippers set for Tuesday night in the wake of the deaths of retired superstar Kobe Bryant, his daughter and seven others in a helicopter crash earlier this week.

The league announced the decision in a statement Monday, saying it "was made out of respect for the Lakers organization."

The Lakers learned about the crash while flying home from an East Coast road trip Sunday. LeBron James and several other players appeared to be visibly affected by the news when getting off the plane.

James made his first public comments Monday night in an Instagram post including several photos of himself with Bryant. The four-time NBA MVP and 16-time All-Star said he was "heartbroken and devastated" and had been crying repeatedly while trying to write about Bryant.

"Didn't think for one bit in a million years that would be the last conversation we'd have," James wrote. "I promise you I'll continue your legacy man! You mean so much to us all here especially #LakerNation and it's my responsibility to put this (team) on my back and keep it going!! Please give me the strength from the heavens above and watch over me!"

The Lakers made grief counselors available to employees Monday after the loss of Bryant, who spent his entire 20-year NBA career with the 16-time NBA champion franchise.

Lakers owner Jeanie Buss was relatively close to Bryant, while Lakers General Manager Rob Pelinka had been Bryant's agent during his playing career.

"The Los Angeles Lakers would like to thank all of you for the tremendous outpouring of support and condolences," the Lakers organization said in a statement after the postponement was announced. "This is a very difficult time for all of us."

Dwight Howard is the only current Lakers player who played with Bryant for the franchise for one season back in 2012-13, but all the players knew him. James and Bryant teamed up on the U.S. Olympic teams in 2008 and 2012, while Anthony Davis played a backup role on the 2012 London Olympics team.

Bryant attended a handful of Lakers games in recent years with his 13-year-old daughter, Gianna, who also died in the crash in Calabasas, California.

The NBA says the game between the Los Angeles rivals will be rescheduled later.

The next game on the Lakers' schedule is Friday night at home against Portland.

The Lakers lead the Western Conference standings and have the NBA's second-best record at 36-10. After trading for Davis and teaming him with James in the offseason, the Lakers are all but certain to end their franchise-record playoff drought at six seasons.

Bryant won five championships and reached seven NBA Finals over the course of his two decades with the Lakers. He retired as the franchise's career leader in points, games played and numerous other statistical categories.