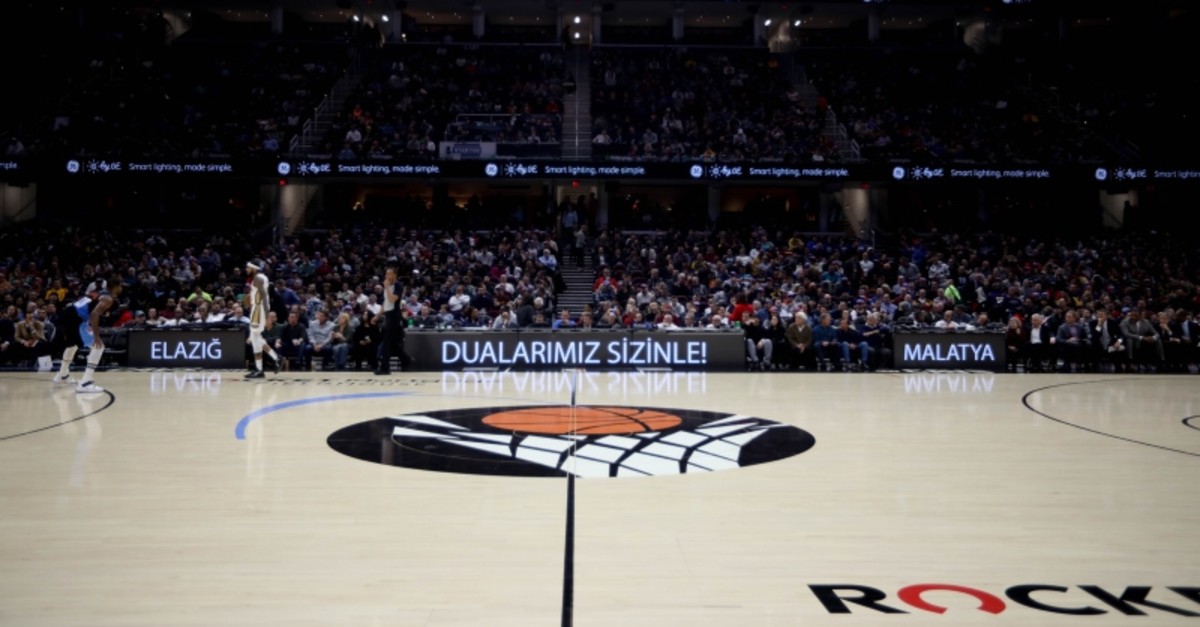 The Cleveland Cavaliers Tuesday commemorated the victims of the Elazığ earthquake, which claimed 41 lives, with solidarity messages that were displayed on digital boards near the court during their match against the New Orleans Pelicans.

The LED boards showed messages in Turkish that read "Our prayers are with you Elazığ," while displays on the posts read "Malatya," referring to Elazığ's neighboring Malatya province, where casualties and heavy damages also occurred.

Speaking after the match, Cavalier's Turkish forward Cedi Osman thanked his team for the emotional support. "I sincerely thank the Cleveland Cavaliers Organization who raised awareness by showing support messages on boards and posts. I am proud to be a part of this family," he said.

The NBA player previously pledged to donate $100 to quake victims for every 3-pointer made during Saturday's NBA game between the Cleveland Cavaliers and the Chicago Bulls. He ended up donating $10,000 with his teammate Larry Nance despite 25 3-pointers.

On Friday, Elazığ was struck by a magnitude 6.8 earthquake that killed 41 and injured 1,607 others. The quake also displaced thousands in the eastern province and neighboring Malatya as dozens of buildings collapsed.