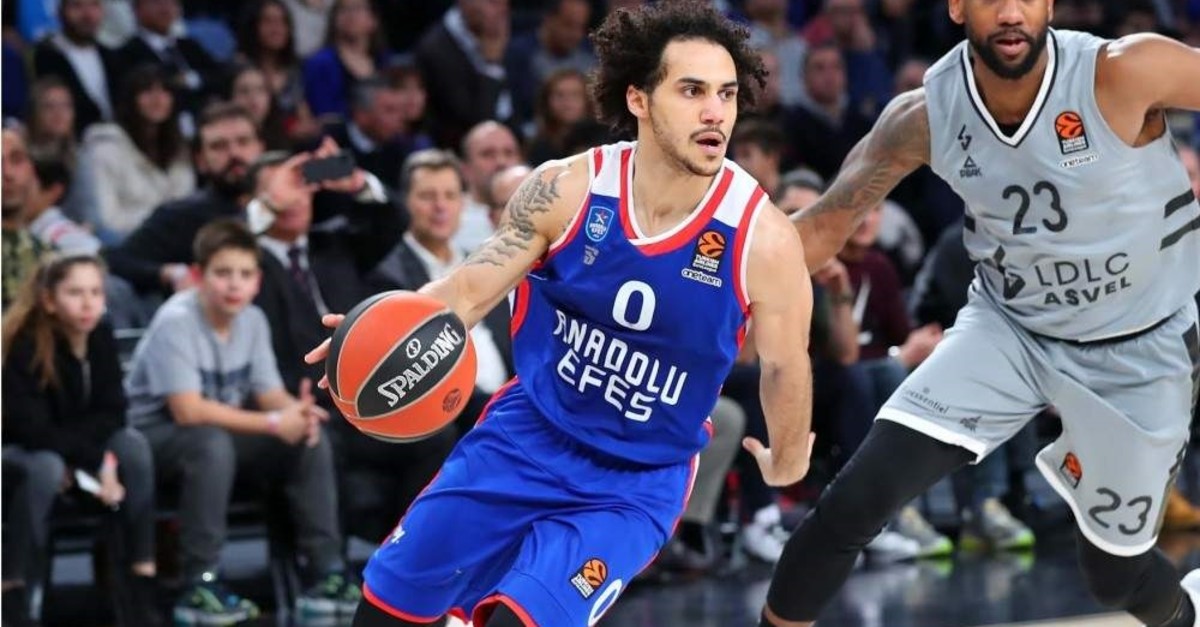 "I am honored and humbled to have an opportunity to represent this country by joining the Turkish National Team. Extremely excited to wear this jersey with the Turkish Flag across my chest with pride," he said on Twitter, announcing his decision.

President Recep Tayyip Erdogan had previously expressed that he wanted to see a "successful" player like Larkin in the Turkish national basketball team squad.

"Shane Larkin can carry our national team to good results," said he in a televised interview.

Having joined Anadolu Efes in the summer of 2018, Larkin has been a key player on the team in its march to the EuroLeague final, as well as the Turkish league title last season.

Larkin broke a Turkish Airlines EuroLeague record on Nov. 29, scoring the most points in a single game after producing 49 points against Bayern Munich as Anadolu Efes won the game 104-75 at Sinan Erdem Dome in Istanbul.

He also earned the most valuable player (MVP) honor for four straight rounds in the Turkish Airlines EuroLeague, leading his team to sit at the top of the table with a 19-3 win/loss record this season.

He is expected to be part of Turkey's national team in the 2020 FIBA Men's Olympic Qualifying Tournaments which will take place on June 23-28 in Canada.

Turkey will take part in a tournament in Victoria with the Czech Republic, Uruguay, Greece, China and Canada. Only one team among these will qualify to play in the Tokyo Olympics.