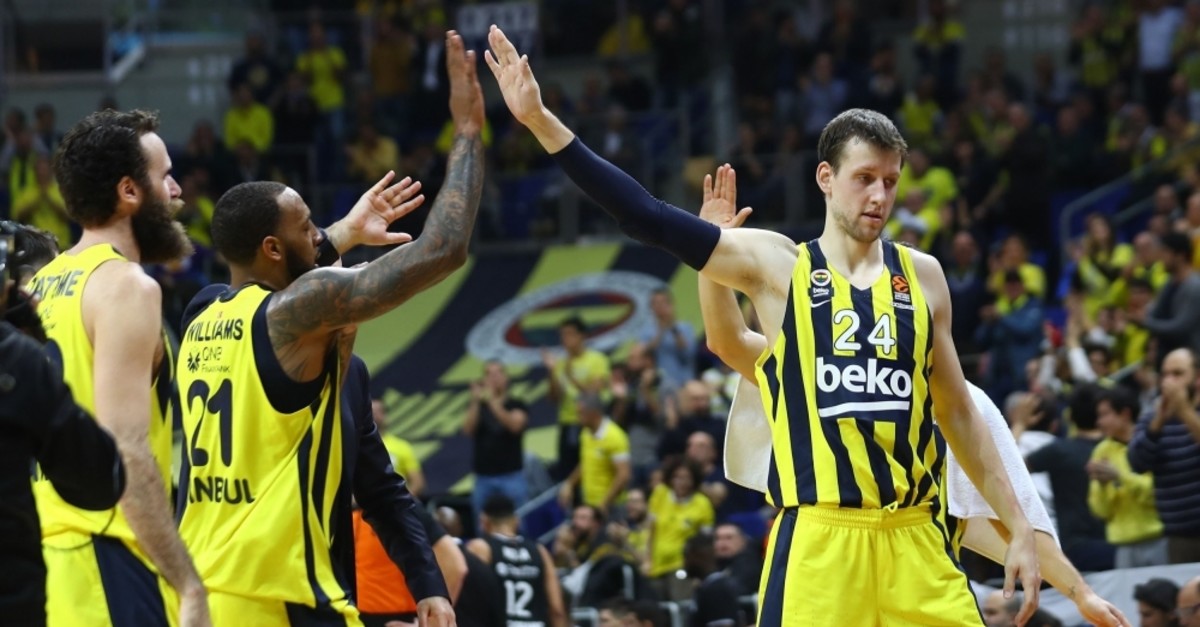 Fenerbahçe Beko is preparing to face Real Madrid in the EuroLeague on Thursday in a decisive game that could end the Istanbul club's Europe campaign.

Currently ninth with 11 wins and 13 losses, Fenerbahçe will seek a home win to move upwards in the rankings as only the first eight teams will move on to the playoffs once the regular season ends in April.

But it will be a tough fight for Fenerbahçe as its rival Real Madrid sits second with 18 wins in 24 matches.

During their previous clash, Real Madrid bested Fenerbahçe 81-77 in Spain.

Thursday's match in Istanbul's Ülker Sports and Event Hall will kick off at 8:45 p.m. local time.

Anadolu Efes, on the other hand, has been leading the EuroLeague regular season with 21 wins and three losses as it is guaranteed to qualify for the next stage.

Anadolu Efes on Friday will take on Germany's Bayern Munich, which sits at the bottom of the table.

The game at Audi Dome will start at 8:30 p.m. local time in Germany.