Masterpieces unread by the world 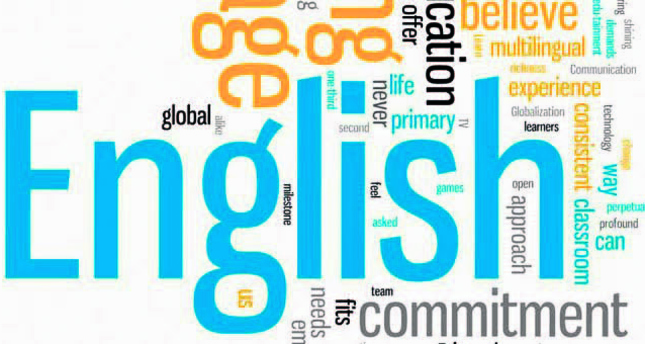 Only a select few of many Turkish books have been translated to English, the language to reach the world. Ahmet Hamdi Tanpınar's newly translated "The Time Regulation Institute" sparks interest among English readers

ISTANBUL — "What should I read next?" my friend asked. "Which Turkish classic?" We were in a bookshop in Istanbul and my Canadian friend needed some advice. Last month she had read Ahmet Hamdi Tanpınar's "The Time Regulation Institute" in a brilliant English translation by Maureen Freely and Alexander Dawe. Penguin Classics published that book and my friend assumed that other publishers had put out dozens of Turkish classics in the decades preceding her discovery.

All she needed to do was to locate those translations in the bookshop and purchase them. "I learned about Tanpınar through Oprah's Book Club," she said. Oprah had chosen Tanpınar's "The Institute" for her book club in January. Since then Turkish literature turned into a cool new thing in the U.S.

The last time Turkish literature had been this popular was in 2001, when Knopf published Orhan Pamuk's "My Name is Red" in Erdağ Göknar's translation.

My friend's search for a Turkish classic reminded me of similar scenes I had witnessed last year in the U.K., when Turkey became the market focus country in the London Book Fair. There, our British colleagues were delighted to listen to us as we praised Turkish classics. They were surprised to hear that the first novel in the Ottoman Empire - "Akabi's Story" - was written as early as 1851 by an Armenian Pasha who had long served the empire.

They assumed that such books had already been translated into English, ready to be purchased from bookshops. When they paid a visit to the bookshops, however, it was only disappointment that awaited them, as well as a handful of classics.

Of course, there are plenty of contemporary Turkish novels on offer for Anglophones. Being alive greatly increases your chances of being translated into English. Penguin's handsome editions of Mehmet Murat Somer's "The Kiss Murder," "The Serenity Murders," and "The Gigolo Murder" offer as much Turkish murder as one can handle.

You can also find nice translations of books by Latife Tekin and Ayşe Kulin. Aslı Perker's "Soufflé" was recently been published by Telegram Books and when I came across a copy in Foyles bookshop on Charing Cross I was happy to see it was correctly categorized as a book of fiction. The authors of old Turkish classics, most of whom are now lying in their graves, are not as lucky.

But they have an advantage:

They are the classic authors and that is something very difficult to achieve in one's lifetime. Indeed, I realized how contemporary titles failed to satisfy the thirst of my friend. They were, well, not classic enough. She wanted to read books that had defined the ideas of my generation: those great works we had read in our youth. She wanted to know who our Faulkners, Plaths, and Cheevers were.

I found another Tanpınar for her: "A Mind at Peace." Speaking of great writers, there was Yaşar Kemal's 1955 novel, "Memed, My Hawk," published by the New York Review Books Classics. She was delighted. "What else?" she asked, her pose resembling little Oliver as he asked for more food in "Oliver Twist." "Not much more, I am afraid," I replied, rather cruelly. "You will need to read what is given to you slowly and make sure they last for a long time."

Then I gave her a little preview of my wish list. "I would like to see the English-speaking world read Oğuz Atay," I said. His "Tutunamayanlar" was the Turkish equivalent of "Ulysses" for us. It is an experimental book that changed our language and novel tradition in unalterable ways. Atay himself had provided a Latin title for the prospective translator of his novel: "Disconnectus Erectus." I reminded her how John Kennedy Toole's novel, "A Confederacy of Dunces," was published in 1981, almost two decades after Toole had written it. "Tutunamayanlar" was published in 1972 and it would be amazing to see it discovered by the Englishspeaking world one of these days.
She said she couldn't read that book unless it was translated and I agreed with what she said.

When I returned to my apartment I decided to email Maureen Freely (a great writer as well as the translator of books by Tanpınar and Pamuk) to ask her about Turkish books she wanted to see translated into English. She said she had been totally immersed in Hasan Ali Toptaş's work lately. "We are translating 'Heba' for Bloomsbury. Also 'Gölgesizler,' " she wrote.

So which Turkish authors would she like to see in English? The first name that came to her mind was Sevgi Soysal. Freely had translated Soysal's "Yıldırım Bölge Kadınlar Koğuşu" in her twenties but said it had been impossible to place Turkish writing in English publishing houses in those days. "The book of hers I really love is 'Şafak,' " Freely wrote. "And I also wish that somebody could bring the best of Murathan Mungan into English."

A few days later I emailed Şavkar Altınel, my favourite Turkish poet, about his wish list for Turkish classics. Altınel is also a famous travel writer and a translator (his translations include Coleridge's "The Rhyme of the Ancient Mariner").

Altınel's wish list was short but to the point:

What about Sabahattin Ali? I suspect that his "Kürk Mantolu Madonna" would be very popular in English. I added other titles to my wish list. Meanwhile, Google helped me find a project called TEDA, which Turkey's Ministry of Culture and Tourism started in 2005. The project's aim is to translate, publish and advertise classic and contemporary works of Turkish literature in foreign countries.

It is nice to know that someone out there is doing the kind of thing that needs to be done, although whether the thing is done perfectly is a question I can't answer. It isn't always a great idea to have the state involved in such matters. But someone needs to pay for the translations, I guess.

I sent my wish list to my friend the next morning with a note saying that it was quite subjective. She thanked me for my efforts but wrote that it would take years before those books would get translated into English. "Meanwhile, I bought all the Pamuks I could find," she wrote.

"I guess it will take me a year before I can finish those. Then I will ask you again for your advice." Hopefully we'll have a couple of new titles ready by then.
Last Update: Apr 18, 2014 11:29 pm
RELATED TOPICS