Armenian poet Nova's works to be published in Turkish 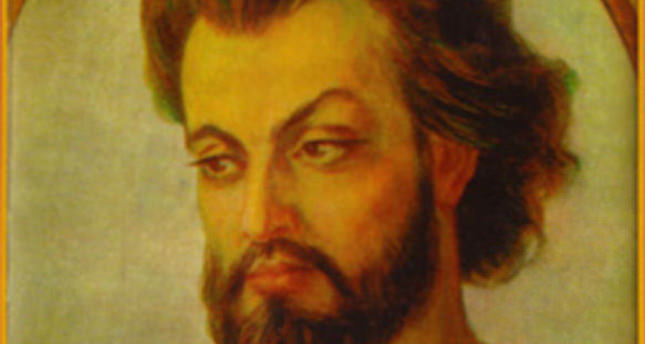 Considered the Yunus Emre of the Armenians, Sayat Nova's works will be published in Turkish for the first time

ISTANBUL — The Ministry of Culture took an unprecedented step in the history of the Turkish Republic after Prime Minister Recep Tayyip Erdoğan's message of condolence on the 99th anniversary of the 1915 events. The Turkish government will publish the works of Armenian folk poet and musician Sayat Nova in Turkish. Nova's songs and poems will be translated by a group of Armenian translators and collated in a book. His works will be available in Armenian as well.

The book is scheduled to be ready in June and will be sold at bookstores. To contribute the resolution process, the Ministry of Culture previously published the Kurdish classical love story "Mem and Zin."

A contemporary of the 18th century, Nova is considered the Yunus Emre of Armenians.

Some of his songs were translated into Turkish, including "Çırpınırdı Karadeniz" (The Black Sea was Fluttering). The renowned folk poet is famous for his love songs and poems, 220 of which survive to this day.

Nova made his compositions in a number of languages including Armenian, Georgian and Azeri Turkish. A large number of his songs are performed in Azeri Turkish. Born into a poor family in 1712, he was named Harutyun Sayatian. The world knows him as Sayat Nova, which means "the hunter of melodies."

He created his works with his kamancheh, a Persian bowed string instrument. The General Directorate of Libraries and Publications under the Ministry of Culture is also planning to publish the second Kurdish book. Mentioned by Erdoğan during the election rally in Van, the book will include Ottoman-Kurdish folk poet Feqiye Teyran's poems and be published in both Turkish and Kurdish.
Last Update: May 07, 2014 1:54 am