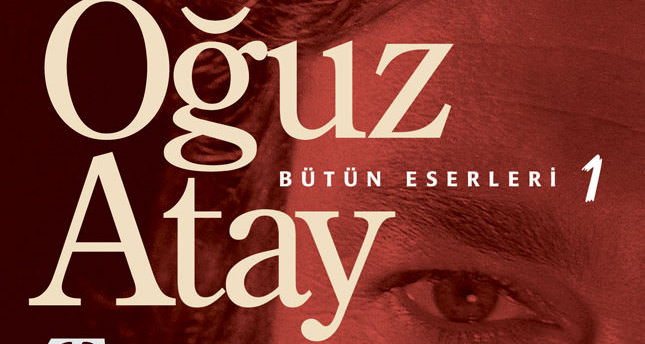 by Kaya Genç May 19, 2014 12:00 am
In the past decade, political speech writers have made a habit of using Turkish authors as centrepieces of their texts. In the eyes of the speech writer, authors are extremely useful in their role as shorthands for certain political values. "Now let us show some respect for Nazım Hikmet" is an alternate way of saying "let us have some respect for the free expression of dissent." You can argue for the necessity of acknowledging Kurdish culture all day long but a brief mention of the name of Kurdish novelist Mehmed Uzun helps produce a more lasting impression. "This country had ignored its great cultural riches and traditions for too long" pales in comparison with a reference to Ahmet Hamdi Tanpınar and his novel, "A Mind at Peace," which signifies those riches and traditions much more strongly to those who had read his work.

What are we to make of Oğuz Atay and his recent emergence in the sphere of political speeches? He is a literary and highly prestigious writer who almost exclusively wrote comic novels which are also very touching with their tragic characters and plots. When the Turkish prime minister referred to Atay's masterpiece "The Disconnected" in a political speech last Sunday, the reaction to Atay's name in the social media was immense. Many users quoted passages from an entry in Atay's diary where the great writer had expressed his fury about the existence of certain "semi-intellectual circles" in Turkey.

It was interesting to see how people used that entry for various political ends. "Left-wingers" shared Atay's criticisms of the right and left out the rest of the entry while "right-wingers" shared parts where Atay criticised the left and ignored other passages. When you read his diary entry in full, Atay's political stance becomes crystal clear. He was not a revolutionary happy to devote his life to Marxist ideals nor was he a champion of conservative values. I think the best word to describe Atay is "outsider." "Anti-establishment" would be another good word to portray him.

Like the French-Algerian writer Albert Camus, who had always kept his distance from the conservatism of nationalists as well as the Marxism of Sartre and intellectual circles, Atay chose to be a man of his own. His diary, letters and novels reveal an introvert character who took little pleasure from the communal atmosphere of political formations. A main characteristic of Atay's most famous literary creations, Turgut Özben and Hikmet Benol, is their unwillingness to belong to any camp on offer. They are disillusioned illusionists. In that sense, Atay was the individualist par excellence.

And yet it is difficult to characterise Atay as a conformist. His feelings about middle class life and its conventions was bitter. In his tragically short life (born 80 years ago in 1934, Atay died in 1977, aged 43) Atay never lost his impassioned, angry and outraged attitude towards a mainstream existence.

He mocked what he referred to as Turkey's "semi-intellectual circles" because he believed those people took themselves very seriously while playing out their self inflicted role of saving the country according to principles of their political ideologies. This sense of self-righteousness, mission and ideologic superiority towards introvert characters like himself must have depressed him deeply.

In his diary Atay accused self-appointed saviours of the country of having no real relationship with their fellow citizens. He mused about how everyone laughs at a capitalist who has no factory and money. In contrast, nobody asks political saviours for their credentials and whether they have any legitimacy among people.

Like the French philosopher Michel Foucault, Atay showed the will to power inherent in intellectuals as a social class. Playing the role of the enlightened saviour brings along a specific form of power. For socialists and conservatives alike, the saviour role is all about exercising that privileged form of political power.

Atay wrote sympathetically about pompous and quixotic intellectuals. After all, he belonged to their ranks both economically and culturally. Atay's sense of belonging to his class and his subsequent estrangement from it resulted in a set of great books. He knew the object of his critique inside out and perhaps it was this that had made Atay's books so poignant and real.

When intellectuals form circles, set ideological rules for membership and turn into interest groups, they become subject to analysis, scrutiny and critique. This is what Atay did best. He dared undermine those who undermined others. It is no wonder Atay's name has become so appealing for speech writers today: he is our great outsider and a patron saint of all the introverts among us.