The aperitifs of the publishing world 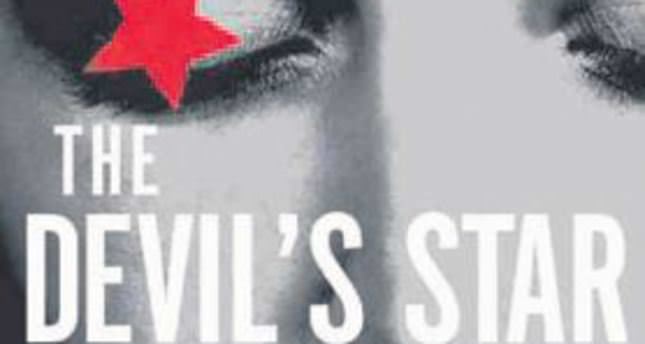 by Kaya Genç May 26, 2014 12:00 am
Don't judge a book by its cover, but do judge a book by its first pages. It is very rare for a terrific book to have a terrible opening paragraph. Vladimir Nabokov's "Laughter in the Dark," one of the most hilarious novels ever written, begins hilariously with the following paragraph: "Once upon a time there lived in Berlin, Germany, a man called Albinus. He was rich, respectable, happy; one day he abandoned his wife for the sake of a youthful mistress; he loved; was not loved; and his life ended in disaster." I can't imagine anyone not wanting to read the rest of the book after seeing this introduction.

The first paragraphs of great books often give a taste of what is yet to come. They resemble aperitifs: They whet the readerly appetite. If you have visited a large Turkish bookstore lately, you might have seen one of those little books that I call "book aperitifs." Those palm-size, 20 page-long books that the cashier secretly places into your shopping bag have introduced our publishing industry to a new phenomenon.

Last week, I was sitting in a cafe and getting ready to devour my reading material when I came across a book aperitif among my magazines and paperbacks. It featured the opening chapter of Jo Nesbo's novel "The Devil's Star."

Browsing through this tiny promotional book's pages, I couldn't help but feel irritated by it: It was, after all, an unwanted guest. I had not consciously purchased it, so what on earth was it doing in my shopping bag? With the reluctance of a person too shy to interact with a stranger, I opened the book's cover again and started reading from the beginning. When I reached the final sentence, I knew I wanted to read the rest of it.

Of course, Nesbo is famous for writing page-turners that sell millions of copies, and it was natural that the introductory chapter of his novel had managed to attract my attention.

Would I be equally hooked had my book aperitif been an excerpt from a novel by Abdülhak Şinasi Hisar?

Why not? Maybe I'd be even more interested. I remember being offered a little book by Paul Auster in an Istanbul bookstore some years ago. That book aperitif, featuring "Auggie Wren's Christmas Story," had made my day when I found it in my shopping bag. The short story, which is a very moving one, was originally published as an appendix to "Smoke," Auster's film script. It was perfect as a book aperitif: It had the power to enchant you in less than 10 minutes, and it left you asking for more.

Those aperitifs are part of the tradition of excerpting from books. The most popular examples of book excerpts are from hotly anticipated novels that people desperately want to get their hands on. Book review magazines in Turkey have recently followed the trend, but they seem reluctant to use long excerpts. It is as if they believe that printing a long chapter from a good book is less important than publishing dozens of short reviews of bad ones.

But literature is more about focusing on the beautiful thing, rather than everything.

If the editor of a publishing house or a review magazine doesn't trust her instincts to pick a good book and share it with her readers then she is not doing her job properly. Like a self-confident host offering aperitifs to her guests, the selfconfident editor needs to give us a taste of what to expect. Book aperitifs and long excerpts from books are the best way to do this. And yet, there is always the danger of getting drunk on aperitifs. One needs to be careful while picking which shorts books she wants to taste. Nowadays, book excerpts are offered digitally, so their number has increased.

I come across books ads in tablet editions of magazines where the publishers don't merely put blurbs for the advertised book, but also ask the reader to "tap the screen" to read the book's first chapter.

Too much of a good thing can make you sick, but in Turkey, where such promotional methods have only recently been introduced, we're not there yet.
RELATED TOPICS