Turning their back on the mainstream 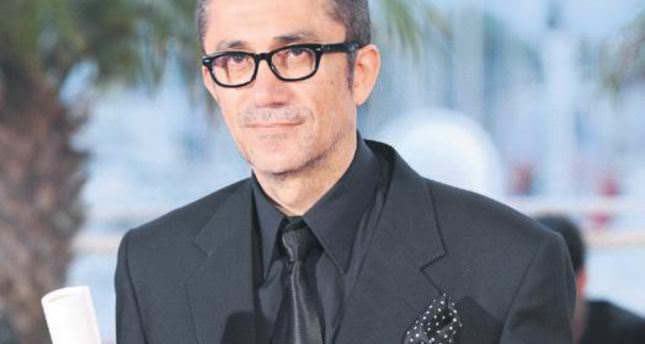 by Kaya Genç Jun 02, 2014 12:00 am
Similar to James Joyce, one of Turkey's most respected directors Nuri Bilge Ceylan has an uneasy relationship with mainstream culture and is known for his realistic depictions of provincial characters at the center of his films.

If it had not been for James Joyce I would not have become a writer. During the early 2000s, my innocent mind was contaminated by Joyce's books and ideas.

I imagined him as a rebellious, individualistic, generous character, and in every way an exceptional man. He had been born 99 years before me (in 1882) in a city far far away (Dublin) and yet every page Joyce had written seemed to have been addressed to me. In his role as an exiled artist, with his linguistic experiments and radical aesthetics Joyce was greatness personified. Before his novels I read "Dubliners," a book of short stories published exactly a century ago, in June 1914. "Dubliners" is Joyce's most accessible book but it is still a difficult read. Although it is masterfully composed, a brave young writer can still imagine having written it herself.

Joyce's later works ("A Portrait of the Artist as a Young Man," "Ulysses" and "Finnegans Wake") are so ambitious in their intellectual scope that they seem beyond the reach of mortals like us. "Dubliners" is a more imitable book.

It is also a lesson in writing realistic fiction. Joyce insisted on not having read the works of Chekhov before writing those stories but many critics found similarities between the worlds of those great writers. Joyce had a religious upbringing just like Chekhov and continually used religion as a subtext in his work. In those 15 short stories Joyce renders the reality through the consciousness of his protagonists, rather than presenting us with his personal ideas or feelings about them. He follows the tradition of Flaubert which he explained in detail in a later book: "The artist, like the God of creation, remains within or behind or beyond or above his handiwork, invisible, refined out of existence, indifferent, paring his fingernails."

Every individual is different and it is not the author's job to interfere with their lives, Joyce seems to tell us. Spending one's time trying to describe and understand them is much more advantageous. He stays true to those principles until the final page. "Dubliners" opens with "The Sisters," a story focusing on the death of a priest. Told through the eyes of a young boy, the story brilliantly shows its protagonist's fascination with symbols related to death. In "Eveline" Joyce uses what critics refer to as purple prose (a flowery, very sentimental discourse) which perfectly represents the inner voice of a young girl who desperately wants to escape her surroundings.

A socialist or religious moraliser would critique the sentimentality of Eveline from a distance: Joyce prefers to invisibly penetrate her and show us what he finds inside. He does not glorify Eveline's feelings nor does he scrutinize or make fun of them. Indeed, Joyce's real success lies in writing exactly as his characters feel.

In "A Mother" he describes a desperate woman who wants what is best for her daughter. She seems extremely irritating to us but it is not because the narrator tells us that we should be irritated by her. Our irritation is genuine since Joyce has presented this mother realistically, through her actions.

The most famous story in the collection is "The Dead," the final and longest piece of the book. Gabriel Conroy, the protagonist, attends a party where he comes across different members of nationalist middle class Irish men and women. In the moving finale, Gabriel's wife tells him about a previous lover who had died from a sickness many years ago. Joyce beautifully describes how this lover, although dead, is much more alive than Gabriel who leads a life of repressed desires: "[Gabriel's] soul swooned slowly as he heard the snow falling faintly through the universe and faintly falling, like the descent of their last end, upon all the living and the dead." Why did Joyce compare the lives of his middle class characters to those of the dead? He found the middle class existence oppressive; although Joyce supported the republican cause, he didn't want to be defined by any kind of provincialism.

For an artist who wanted to make use of not just Gaelic and Irish culture but different European languages and cultures as well, a settled life would amount to a death sentence. This was why Joyce approached the Irish Literary Renaissance (an attempt to revive local myths and traditions) with suspicion. I was reminded of Joyce and his uneasy relationship with provincialism last week when Nuri Bilge Ceylan won the Palme d'Or for his latest film, "Winter Sleep." During his career Ceylan also had an uneasy relationship with mainstream culture.

His ambitions to overcome provincialism as an artist never got in the way of representing provincial characters realistically and convincingly.

Perhaps, in that sense, our great director belongs to the tradition of Joyce, whose "Dubliners" continues to fascinate us with its depiction of the winter sleep of its middle class characters.
RELATED TOPICS