The return of the big books 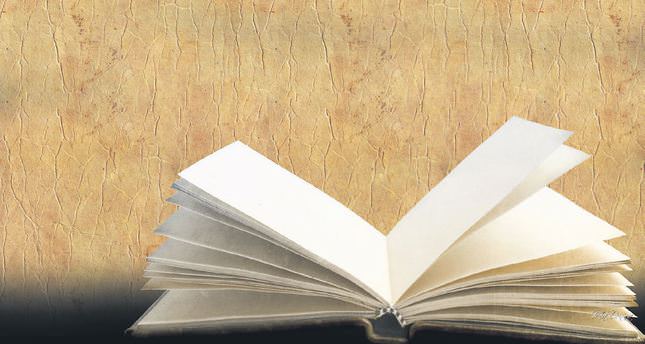 by Kaya Genç Jun 14, 2014 12:00 am
Over the last few years the culture industry has been debating whether short form books will be the next big thing in publishing. In stark contrast to multi volume novels of the Victorian age (just think of those tomes produced by the likes of Dickens, Trollope and Eliot) new books by contemporary authors have become extremely slim, as if they had lost their textual fat after a vigorous diet. The page count of Julian Barnes's 2011 book, "The Sense of an Ending", is 150 in its British edition. When it won the Man Booker prize as that year's best novel, critics debated whether "The Sense of an Ending" was a novel at all. "When is a novel not a novel? When it's a novella" was the title of Claire Armistead's piece in the Guardian.

Of course, there has always been a canon of great classics and contemporary novels written in the slim mode: "Heart of Darkness" by Joseph Conrad (176 pages), "The White Castle" by Orhan Pamuk (176 pages) or "Death in Venice" by Thomas Mann (160 pages) belong to that prestigious club.

Pamuk's latest book "I am a Tree", published last summer, is a collection of his writings and is 128 pages long. Last November, Hamish Hamilton published "The Embassy of Cambodia", a very short novel (or a long story) by Zadie Smith. And in 2011, Amazon published "Kindle Single", a special kind of e-book which, according to the critic Dwight Garner, is "long enough for genuine complexity, short enough that you don't need journalistic starches and fillers."

But nothing lasts forever and this new regime of book lengths may become history soon, with the publication of novels that are so long and ambitious that carrying their hardcover editions to beaches during summer would take considerable effort. Just look at "The Luminaries", the latest winner of the Man Booker prize, written by the 29 year old author Eleanor Catton. The book is 848 pages long and you'd be excused for not finishing it in one sitting.

This summer's real big fat book is much longer and is thousands of pages long. The Norwegian author Karl Ove Knausgaard's six volume long "My Struggle" replaces "2666" (the 912 page long masterpiece of the Chilean novelist Roberto Bolano) as the new, big, sensational literary discovery of the publishing world. "My Struggle"s estimated word length (1,000,000) falls slightly short of Marcel Proust's "In Search of Lost Time" (1,267,069). Compared to Knausgaard's autobiographical novel, Victor Hugo's "Les Miserables" (530,982 words) or Leo Tolstoy's "War and Peace" (587,287 words) read like short poems. According to Elif Bereketli, the editor of the literary magazine SabitFikir, the increase in book lengths is not as significant in the Turkish publishing world and books may be getting longer for a different, technical reason. "Turkish publishers have increased the font size of new books.

This has resulted in slightly bigger books," she said. "But readers in Turkey are already interested in big books." Hamdi Koç's "Çıplak ve Yalnız" (600 pages), Elif Şafak's "Ustam ve Ben" (480 pages), Ahmet Ümit's "Beyoğlu'nun En Güzel Abisi" (418 pages), Selim İleri's "Mel'un" (592 pages), Hakan Günday's "Daha" (420 pages) and Hasan Ali Toptaş's "Heba" (308 pages) are among the big, lengthy popular novels published in recent times. The novelist Hikmet Hükümenoğlu, who has published his latest novel "04:00" (355 pages) in 2012, is a fan of big, ambitious books. "Reading them and writing them take courage," he said. "They give a certain kind of pleasure that one can't get in shorter books.

It is the pleasure of losing one's self in an extensive, detailed and labyrinthine story. I guess it was the same with Tolstoy and Dickens, who had serialized very long novels, instead of publishing shorter ones." After all, some stories have to be long: there is no other way to tell them. "'One Hundred Years of Solitude' is not among the longest books in history, but neither is it a minimalist, hundred page long novel. Had Marquez told it in fewer pages, and in a minimalist style, the novel would have lost its soul." Hükümenoğlu described how "a sub-story which I thought would take no more than 40 pages in the book" overtook the new novel he has been writing for the past year. "I think I am writing my longest-ever book," he said. "And in my nightmares I constantly see my editor." The longest novel in history is "Artamene ou le Grand Cyrus", which is 2,100,000 words long.We will have to wait and see if Hükümenoğlu's new novel can top that.
Last Update: Jun 14, 2014 1:41 am
RELATED TOPICS