Good books and not so good plays 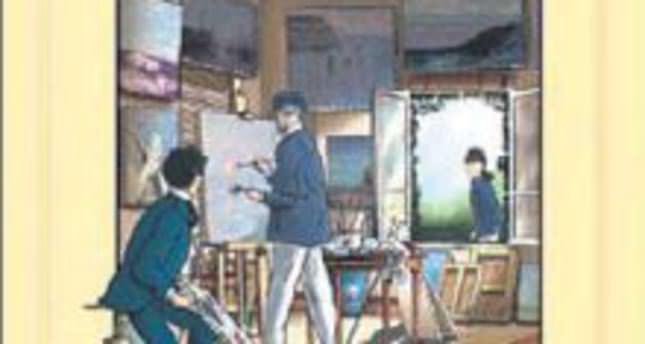 by Kaya Genç Jun 16, 2014 12:00 am
It is sad to watch a boring play in a theater, especially if you've read the great book on which it is based. With the exception of author playwrights like Vaclav Havel or Anton Chekhov, who had control over the staging of their work, most novelists have little chance of finding imaginative directors to adapt their work.

Last week, I went to Muhsin Ertuğrul Theater in Harbiye to watch "Proust-Pamuk-Memory." The project focused "on the category of memory, understood as a cultural category, individual memory, recovered memory, memory understood as a culture, the culture understood as memory and eventually, memory as an element of identity and consciousness," according to the rather ambitious English description in the Istanbul Theater Festival catalog.

Like many expectant theatergoers waiting in Muhsin Ertuğrul, I had a good feeling about the production. Having read the Canadian poet Anne Carson's wonderful piece "The Albertine Workout" in that week's London Review of Books (LRB), Proust's obsession with his lover Albertine was on my mind, and I was curious to see what the directors had made with obsession, jealousy and love, the shared themes of Pamuk and Proust. "Albertine constitutes a romantic, psychosexual and moral obsession for the narrator of the novel," Carson wrote in the LRB. "Once Albertine has been imprisoned by Marcel in his house, his feelings change. It was her freedom that first attracted him; the way the wind billowed in her garments.

To call the second act of the evening boring would be an understatement. Based on Orhan Pamuk's "The Museum of Innocence," this three-hour-long section represented the book's great scenes in a rather tedious manner. The stage direction left us cold, and many of my friends in the audience, all of whom are big Pamuk fans, left. Perhaps they wanted to preserve their personal memories of the novel. But I stayed until the curtain call, which came three-and-a-half hours after the play's beginning. The problem with such productions is that they rather naively attempt to represent the spirit of texts that are perhaps immune to adaptation. Pamuk's novel is about artifacts and their relationship to memory: Those who go to Çukurcuma and visit the Museum of Innocence can see how much effort is required to produce a proper artistic extension of the novel in question.

Indeed, the most painful part of watching the staging of the book's great scenes (the meeting, the intercourse, the fatal accident, etc.) was to see how devoid of imagination they were. What makes works like "In Search of Lost Time" or "The Museum of Innocence" so compelling is not their plot twists or dialogue. It is the manner in which those are presented to us. The style of the work, which holds its components together, produces a sense of originality that was lacking in this performance.

The play's title, "Proust-Pamuk-Memory," seemed to offer a groundbreaking interpretation of the works of two great writers and their relationship to memory.

Instead, we got a cool video on Albertine and Marcel, followed by a boring, non-sorrowful, non-Pamukesque staging of "The Museum of Innocence." Perhaps, like in karaoke, it is wrong to assume that just because they have the song lyrics and a microphone, people can sing "My Funny Valentine" or "God Bless the Child" like Billie Holiday. Good art is often unadaptable and almost always inimitable.
Last Update: Jun 16, 2014 1:00 am
RELATED TOPICS