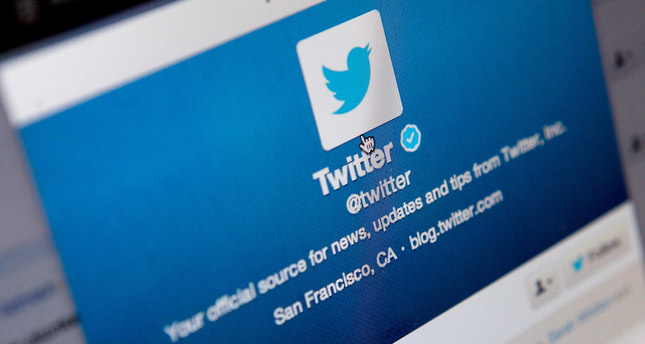 by Kaya Genç Aug 18, 2014 12:00 am
In June Canadian author Sheila Heti started a 10- part interview series for The Believer magazine. Her interviewees were writers and publishers whose "Twitter personalities" Heti admired the most. Those included writers like Teju Cole (@tejucole) and Roxane Gay (@ rgay), who use the platform as an extension of their bourgeoning literary careers, as well as the London Review of Books (@LRB) editor Christian Lorentzen (@xlorentzen) whose deadpan Twitter style has won him fans and followers from different continents.

One of Heti's most interesting interview subjects was Melville House (@melvillehouse), a Manhattan-based publishing house famous for its stylish books, its meticulously edited MobyLives website, and its Twitter feed which recently started the hashtag #1913reasonstolove1913, to advertise the publication of Florian Illies's book "1913:

The Year Before the Storm" (with an announced goal of 1,913 tweets, the Twitter campaign looks as interesting as the book itself). It is a big responsibility to manage a Twitter feed, especially if it belongs to a corporation. The tweeter has to reflect the tone of the company where she is most likely only an employee.

Whatever she says will inescapably be interpreted as reflecting the official views of the company. Since a tweet can create, or destroy, the reputation of a literary institution, the social media person has to tweet with caution. Turkey's literary Twittersphere shows interesting examples of how publishers experiment with shaping the proper tone of voice for their brands. Publishing houses often post useful, informative tweets in a rather plain style. Iletisim Publishing (@iletisimyayin) announces new books and events of its authors; it posts links to reviews and interviews.

Another publishing house, Yapı Kredi (@YKYHaber) is more playful. It started an "opening sentences" hashtag where followers get a taste of classic works by YKY writers, like Yasar Kemal and Memet Fuat. There are also links to competitions which offer followers the chance to win free copies of YKY books.

Metis (@metiskitap) frequently tweets quotes from its writers, so that its readers can get an idea of what Adorno's "Minima Moralia" is about in less than 140 characters. There are links to Metis' website where you can find reviews and interviews. Like most publishing houses, the account is a devoted retweeter of all related messages about their books and authors.

My favorite publisher account is @SirenKitap. It is semi-corporate and semi-personal: Siren Publishing's executive editor Sanem Sirer runs it and I love reading her tweets about future publications. "Dave Eggers's 'The Circle' will be published in Turkish soon with a translation by Handan Balkara," she tweeted recently. Another tweet read: "Joshua Ferris' Booker longlisted 'To Rise Again at a Decent Hour' will be published by Siren in the following months." There are also links to stuff Siren editors enjoy, such as Patti Smith's New York Times review of Haruki Murakami's new book. Domingo (@domingoKITAP) runs one of the most sarcastic publisher feeds out there. One tweet mocked how Jeremy Stangroom's "Einstein's Riddle" became a best-seller five years after Domingo published it.

Another tweet announced Domingo's new Instagram account. "We have so little work that we decided to create an Instagram account," it read.
Nowhere does a publishing house better advertise its books than in such tweets which reflect the style and the tone of voice of its editors.