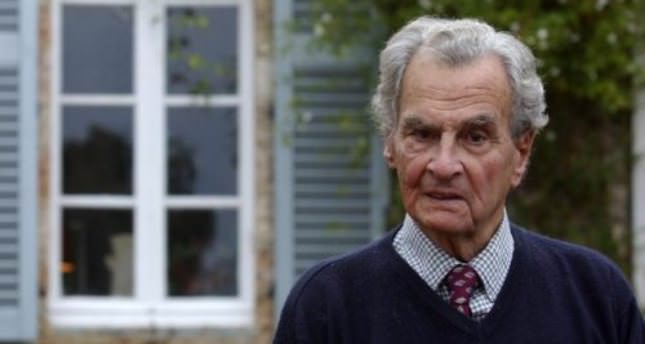 by Charles Sabatos Aug 25, 2014 12:00 am
In December 1933, Patrick Leigh Fermor, 18, set off from London with the goal of crossing Europe on foot from the Netherlands to Istanbul, which he reached at the end of the following year. Decades later, he retold this youthful adventure in "A Time of Gifts" (1977) and "Between the Woods and the Water" (1986), the first two parts of a planned trilogy that made him one of the most acclaimed British travel writers of the 20th century. Yet the second book left off at the Romanian-Bulgarian border, with the tantalizing phrase "To Be Concluded," and for almost 40 years, his readers awaited the final volume, which he left unfinished when he died at age 96 in 2011.

The conclusion of Fermor's trilogy was finally published in 2013, posthumously edited by his friend Artemis Cooper, but as its title "The Broken Road" suggests, the account abruptly ends on the Bulgarian coast just north of Turkey. Fermor's impressions of Istanbul were relegated to an anticlimactic few pages of notes from his original travel diary. Cooper (also the author of the definitive biography "Patrick Leigh Fermor," 2012) suggests in her introduction that Fermor's disappointment hindered him from describing the city: "he recounts nothing of the leftover Byzantine glories of the old capital. . . and little of its Ottoman splendor." Instead, his journey ends with a detailed account of his visit to Mount Athos, where he went after spending less than two weeks in Turkey. Having spent the last decades of his life living in Greece, Fermor saw the fading capital of the Orient (which he always referred to as "Constantinople") as a place whose Western heritage had irretrievably disappeared. Yet he had already discovered an imagined Istanbul before even reaching the Golden Horn, in scenes across Central Europe and the Balkans that foreshadow his imagined destination.

In "A Time of Gifts," which takes Fermor across Germany, the Netherlands, Austria and Czechoslovakia, he first encounters the Turks in Vienna. There, the museums hold relics of the 1683 siege that he describes in typically dizzying detail, including "scimitars, khanjars, yatagans, lances, bucklers, drums ... the turbans of janissaries, a pasha's tent, cannon and flags and horsetail banners with their bright brass crescents..." The destiny of Haghia Sophia is reflected in his fantasy of an Ottoman siege of London: "What if the Turks had taken Vienna, as they nearly did, and advanced westward? ... Might St. Paul's, only half rebuilt, have ended with minarets instead of its two bell-towers and a different emblem twinkling on the dome?" For most of "Between the Woods and the Water,"

Fermor is crossing territory formerly ruled not just by the Austrians but by the Ottomans, and references to the Turks reveal their legacy across the region. At the end of the second book, Fermor visits the island of Ada-Kaleh on the Danube in Romania, whose Turkish inhabitants were culturally, linguistically, and physically exotic: "Something about the line of brow, the swoop of nose and the jut of the ears made them indefinably different from any of the people I had seen on my journey so far." At a time when the fez, the veil and the Ottoman script had already been banned in the Turkish Republic, Fermor felt the island to be "the refuge of an otherwise extinct species long ago swept away," and their antiquated dialect is his first exposure to the Turkish language: "astonishing strings of agglutinated syllables with a follow-through of identical vowels and dimly reminiscent of Magyar ... immovably lodged in its ancient mould, like a long-marooned English community still talking the language of Chaucer." This little settlement outside of time and space symbolizes the destiny of the Ottoman Empire: "They had conquered most of Asi, and North Africa to the Pillars of Hercules, enslaved half Christendom and battered on the gates of Vienna; victories long eclipsed, but commemorated here and there by a minaret left in their lost possessions like a spear stuck in the ground." At the beginning of "The Broken Road," crossing into Bulgaria, Fermor truly feels that he has reached the Orient, where "clues to the recent centuries under the Ottoman Turks lay thick and plentiful on every side." In Karlovo, he sees another group of Turks, whose "wild and uncouth look" prompts further historical reflections echoing those he had in Vienna: "It seems, at moments, something of a fluke that St. Peter's and Notre Dame and Westminster Abbey are not today three celebrated mosques, kindred fanes to Haghia Sophia in Constantinople."

Nonetheless, he recognizes "charm and grace" in Turkish architecture: "The Ottoman Empire has joined the eastern Roman Empire which it destroyed; but a posthumous and perhaps deceptive glow of charm and elegance pervades its mementoes." The most evocative of these mementoes may be the abandoned mosque he discovers on a moonlit night in the Bulgarian mountains (illustrated on the cover of the British edition of "The Broken Road.") Fermor's trilogy, which has been translated into a number of European languages, deserves a readership in Turkish as well, for its poetic language and cultural insights. Although he held Orientalist views typical in some ways for an Englishman of his generation, and his lifelong love of Greek culture influenced his indifference to that of the Turks, his imaginary "Constantinople" was shaped not just by his classical education, but by the local people he met on his journey, as well as books by authors like Mor Jokai and Panait Istrati (both of whom describe the Ottoman influence in the Balkans.) Through these experiences, he absorbed the Central and Eastern European image of the Turks, a mix of fact and fiction, history and myth, tied not to colonial conquest, but to local folklore and its traditions of suffering and survival.
Last Update: Aug 25, 2014 1:47 am
RELATED TOPICS