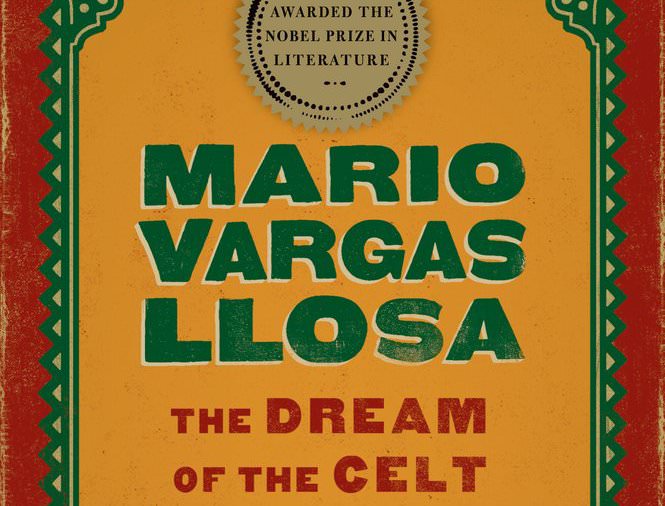 In his latest novel, Peru's greatest living writer, Mario Vargas Llosa, paints a rather bleak picture of his country's transformation

"Power tends to corrupt," remarked Sir John Acton, "and absolute power corrupts absolutely." In the course of a literary career that spans over half a century, Peruvian novelist and essayist Mario Vargas Llosa has been writing about different forms of corruption that come with too much power.

Vargas Llosa's ambitious and intricate political novel "The Dream of the Celt" was published in 2010, the same year the Nobel Committee awarded him the Nobel Prize in Literature. Four years later, he is back with "The Discreet Hero," which paints a rather bleak picture of modern day Peru. Once ruled by military dictators, Peruvians now fall victim to a shadowy mafia organization that blackmails entrepreneurs to fund their activities. The dirty tricks employed by the organization to get money bring to mind the cunning ways of military commanders who had once ruled the country through similar schemes.

This is Vargas Llosa's 17th novel, and he has long ago mastered the art of telling parallel stories. Indeed, interweaving different stories in a novel has become one of Vargas Llosa's trademarks. He has used the method in most of his novels. In "The Discreet Hero," we are presented with tales of two businessmen, Felicito Yanaque and Ismael Carrera, both struggling to survive in a difficult environment.

The shadowy organization's blackmailers send anonymous letters to Yanaque and draw spiders on them (the book's cover features an example). They demand money to protect Yanaque's company from "dangerous individuals." Trouble awaits the Peruvian entrepreneur, in case he does not comply with their wishes.

The problems of the other protagonist, Carrera, are no less serious. Carrera owns an insurance company in Lima and after learning about his children's wish to get rid of him, plots revenge.

First published in Spain last year, "The Discreet Hero" has many surprises for Vargas Llosa's readers. Don Rigoberto and Dona Lucretia, protagonists of "In Praise of the Stepmother," make cameo appearances in the book. The novel's cast of characters includes Sergeant Lituma, a figure familiar for readers of "Death in the Andes" and "The Green House." One can imagine the joy Vargas Llosa must have taken from such postmodern tricks.

But perhaps what is most surprising about "The Discreet Hero" is Vargas Llosa's representation of the neoliberal transformation of his beloved country. A devoted communist in his youth, Vargas Llosa had changed his political views beginning from the 1970s, after admitting that Castro's much loved regime in Cuba was in fact no different from the authoritarian states the left has criticized. Furthermore, Cuba also had a habit of imprisoning dissident authors and artists. During the Margaret Thatcher era, Vargas Llosa more confidently voiced his neoliberal views. When he ran for the Peruvian presidency in 1990, a centrist party supporting a neoliberal economic system endorsed him. During the presidential campaign, Vargas Llosa talked about the importance of opening markets and transforming Peru into a global economy.

However, Peru's economic transformation proved quite different from how Vargas Llosa had dreamed it. "Peru, like other Latin American countries, has been through a remarkable development process," he said in a press conference last year. "But as a consequence, the face of society has changed a great deal." "One of the themes of 'The Discreet Hero' is the negative consequences of economic development. ... In almost all cases, economic development brings with it urban mafias that take advantage of economic growth to create criminal enterprises that blackmail, that offer protection in exchange for something.

It's all a source and a consequence of corruption, which is one of the main problems facing Latin America today." "The Discreet Hero"s protagonists deal with their country's corruption in a very private way. Coming from modest backgrounds, they take advantage of the capitalist ethos of Peru. But the atmosphere that allows them to become entrepreneurs and do better ends up threatening their prosperity and security. As they attempt to preserve their honor in an environment where only a few can escape the corruption of power, Yanaque and Carrera both become "discreet hero"s of the book's title through their individual struggles.
Last Update: Aug 30, 2014 1:46 am
RELATED TOPICS