Üsküdar Sahaf Festival a center of attraction for bookworms 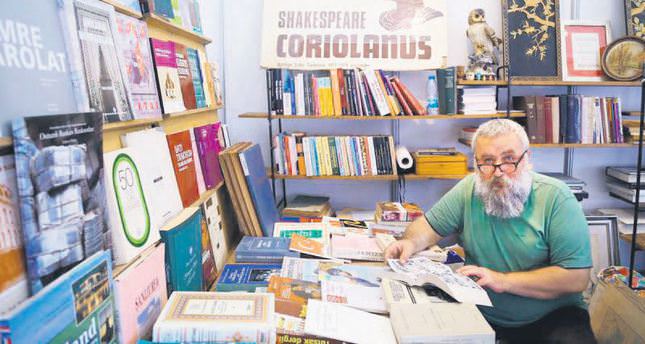 by AA Sep 05, 2014 12:00 am
Organized by the Üsküdar Municipality and Sahaf (second-hand booksellers) Association, the first Üsküdar Sahaf Festival commenced. Speaking at the opening of the festival held in the large tent area at Üsküdar Square - where break-fast meals are served during the month of Ramadan - Mayor Hilmi Türkmen said historical books, magazines, newspapers, firmans (royal decrees belonging to the Ottoman Era), posters and selected collections are on display at the festival. Known as the center of art and culture, Üsküdar will bring book lovers together with nearly 40 second-hand booksellers at the event until Sept. 14. "We welcome all citizens.

We want a second-hand book market to be built in Üsküdar.This market will not only serve to Üsküdar but to the whole country," Türkmen said. The head of the Sahaf Association, Emin Nedret, stated that they have been planning to organize a festival in Üsküdar for a while. He also noted that the festival features Ottoman-era manuscripts that are accessible to all citizens. "Rare Ottoman-era newspapers, books, magazines and other important works will be introduced to researchers and citizens," said Nedret. The festival has a wide range of published works from novels to history, religion and law books.

Moreover, important magazines such as "Servet-i Fünun," "Sırat-ı Müstakim" and "Sebilü'r Reşat" are displayed during the event. At the festival, it is also possible to find old Istanbul maps, untranslated Ottoman books, plaques belonging to old Ottoman shops and postcards from the 1900s as well as handwritten documents and letters.