Brendan and John Freely publish an unorthodox biography of Beyoğlu 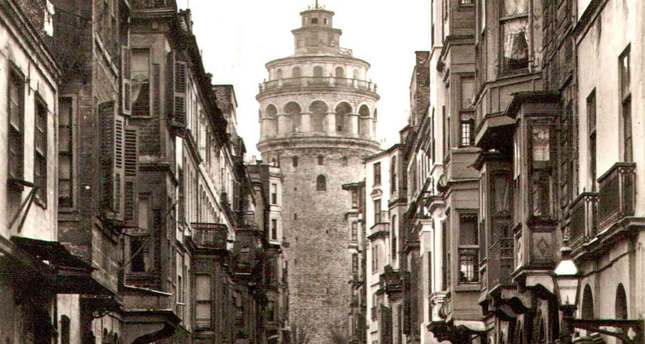 by Kaya Genç Sep 08, 2014 12:00 am
Turkish literature does not have a rich tradition of biographies of Turkey's politicians and artists, let alone its streets and cities. This is no country for Peter Ackroyd (the eminent biographer of London, and numerous British authors).The biography sections of our bookshops are filled with hagiographies of historical personalities, and resentful denunciations of the very same guys (yes, their subjects are mostly men). It is as if authors of biographical books had been taught to either adore, or hate historical personalities, while at school. They seem not to have been notified of the option of a critical and nuanced third way. Nowadays columnists talk about cities, neighborhoods and streets in similarly black and white terms.One neighborhood represents decadence and has to be demonized; another becomes the symbol of barbarity and has to be burned to ashes; a third represents an unacceptable belief system, which simply cannot be allowed to exist. The ideological triumphs over the mundane and the residents suffer as a result.

When the great historian of Istanbul, John Freely, and his translator son, Brendan Freely decided to write a biography of Galata, Pera and Beyoglu, this polarized perception of historical figures and locations must have annoyed them. Their book, "Galata, Pera, Beyoglu: A Biography" is a composite of two types of city books: a guide book and a history book. You can read it in the library, and learn the etymology of the word Pera (it means beyond or across, as in "beyond the Golden Horn"). You can read it in a coffee shop and enjoy the gossipy passages that describe the legendary pimps, murderers, and pickpockets of the city (one pickpocket was saddened to find a handful of dog poop and a mocking note in the wallet he had stolen from a gentleman in Bankalar Caddesi).You can read the book, also, whilst walking on Nuri Ziya Street and follow its directions to discover the history of the buildings that surround you. One was inhabited by Liszt once; another had wonderfully beautiful trees in its garden; a third was once an Italian school for girls.

There are priceless details in the book, including a sketch of the younger years of Yakup restaurant's chief waiter (he had worked at the legendary "Love Boat" in Miami). You can also find a paragraph about Fikret Adil's novel, "Asmalımescit 74" which describes the secret life of an Asmalımescit building numbered 47. There is a passage about the first commute of the subway between Galata and Pera: the band had played "Aziziye Marsı", the imperial anthem of Ottoman Empire, as well as "God Save the Queen", to salute the Sultan's British ally and colleague. Then there are interesting statistics, dates and facts: the Beyoglu Municipality was founded in 1855 and was run mostly by rich residents of the neighborhood.
The rents of Pera apartments increased almost twofold in between 1838 and 1847. By 1868, French became the most widely used language of the neighborhood.

The Sultan and the imperial administration's attitude towards Pera and Beyoglu was characteristically complicated and difficult to pigeonhole. The administration allowed Pera and Beyoglu freedom, and used it as a test range for new technologies that fascinated Sultan Abdul Hamid II. The administration also eyed the area with suspicion, since it saw signs of political intrigues against its existence, plotted in the embassy buildings and rooms of secret organizations. Thanks to Yelda Türedi's excellent translation the Turkish readers can enjoy this painstakingly researched biography of one of Istanbul's most interesting areas in their own language. The book will hopefully inspire other writers to pen alternate biographies of those neighborhoods which are filled with numerous, and yet unexplored, stories of Istanbul's inhabitants.