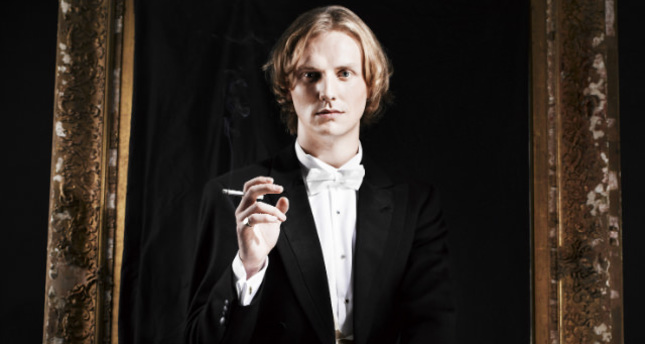 by Kaya Genç Sep 29, 2014 12:00 am
Banned Books Week is a powerful idea. Founded by First Amendment activist Judith Krug in 1982, the week is an international awareness campaign that reminds readers about the importance of the freedom of expression.Once again, we remember that the freedom to read books, and oftentimes, one has to fight for it. This awareness lies at the heart of the campaign, which does not celebrate banned books, but rather the individuals who produce them and others who help lift the bans on them. You do not have to go to distant countries to see how authorities have banned books. In Turkey, numerous generals and politicians have sided with the censors in order to stop "dangerous" books from reaching the public. Many people tell stories of burning books in stoves to escape the wrath of the authorities during the Sept. 12, 1980 coup.

In the U.S., numerous libraries and booksellers support Banned Books Week, which is held during the last full week of September every year. In 2014, it was held from Sept. 21 to Sept. 28. It came as a nice surprise to see Turkey's Everest publishing house release the uncensored version of Oscar Wilde's classic novel, "The Picture of Dorian Gray" during this year's event. The book is lavishly produced, and thanks to Ülker İnce's lucid translation, the reader can effortlessly enjoy the elaborate, lyrical prose of Wilde. "The Picture of Dorian Gray" is a challenging book to read, let alone to translate and since the book's first editor deleted many sentences to escape the wrath of censors and the prospect of prosecution, many of us never read it in its original form.

The publishing history of "The Picture of Dorian Gray" is fascinating as well. Wilde began writing it in 1889 and sent his manuscript to Lippincott's Monthly, a very prestigious literary magazine that published it in 1890. Before it reached the British public, Wilde's manuscript underwent a number of changes. The editor, J. M. Stoddart, excised 500 words from the original text. According to Nicholas Frankel, the Harvard University Press editor of the uncensored edition, "Wilde almost certainly never saw any of the edits to his novel until he opened his personal copy of Lippincott's Monthly Magazine."

The uncensored version follows Wilde's original manuscript. "It represents the novel as Wilde envisioned it in the spring of 1890, before Stoddart began to work his way through the typescript with his pencil and before Wilde's later self-censorship of the novel, when he revised and enlarged it for Ward, Lock, and Company," Frankel writes.

The uncensored edition of such a popular world classic is cause for celebration. It is also a reminder of the importance of not banning books or restricting free expression and of the impossibility of preventing readers from accessing ideas deemed dangerous. EspeciallyEspecially in the digital age, manuscripts manage to survive – one way or another.
Last Update: Sep 30, 2014 11:54 am
RELATED TOPICS