Ottoman arms trade under the microscope in ‘Arming the Sultan’ 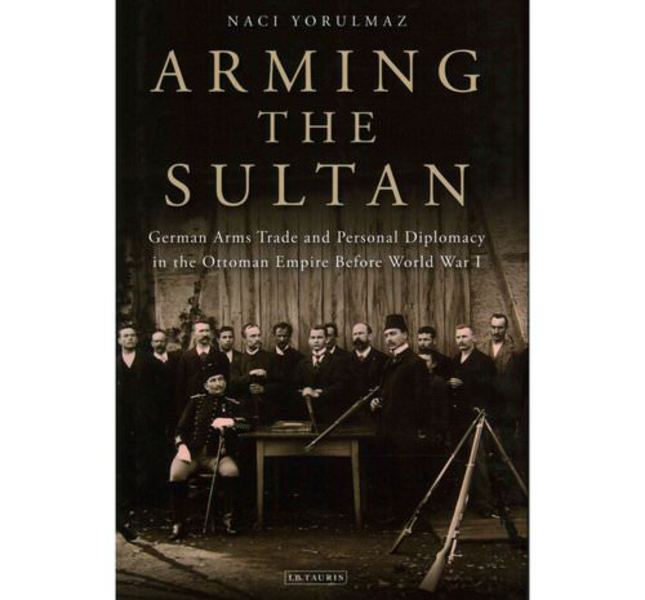 by Daily Sabah Sep 30, 2014 12:00 am
The Ottoman army industry was self-sufficient in the early years of the 19th century. However, in the period between the 1880s and World War I, German companies became the predominant actor in the Ottoman arms market. Intriguingly enough, German companies managed to penetrate into the highly competitive arms market, where other Western powers like the U.K. and U.S. held a tremendous control over for years. On this very controversial matter, economic historian Naci Yorulmaz's book "Arming the Sultan" asserts that the success of German arms companies cannot only be related to supply-demand balances, but also close personal relations that enabled a series of manipulative means to be created on the political and economic agendas. Yorulmaz suggests that these manipulative relationships have been kept in the background and those were the basic instruments in the German success over British, French and American competition. The author conducted comprehensive archival research in Germany, Turkey, Britain and the United States on the critical impact of arms exports on the foundation and acceleration of German expansionist foreign economic policy related to the Ottoman Empire. The book suggests that the arms exports played an indispensable role in this economic policy of Germany.

The highly prestigious publishing house, I. B. Tauris, published the book, and here are two paperback commentaries on Yorulmaz's work: "In this study, Dr. Yorulmaz has produced a first-rate example of the skillful combination of meticulous historical research based on extensive primary documentation in Ottoman Turkish and German with cross-disciplinary analytical rigor combining the latest developments in the fields of development studies, international affairs and comparative diplomatic history and quantitative history based on solid economic data gleaned from archival sources. Though the work concentrates on the personalities of state rulers and their representatives acting at various levels of the state's bureaucratic and diplomatic apparatus, it takes our understanding of historical causation far beyond the level offered by standard historical biography. Thus, the work is innovative and groundbreaking in research terms, while at the same time, provides new methodological insights into the study of history 'from the top down.' Dr. Yorulmaz's work will appeal broadly to historians working in a broad range of fields including the comparative study of foreign policy, global politics and the art of diplomacy. It is thoroughly researched, provides new factual and statistical material for future study and above all else, offers important revisionist insights into state behavior and the actors participating in great state/great power rivalry in the decades leading up to the outbreak of the First World War," wrote Rhoads Murphey, of the University of Birmingham Department of History.

"Based on a comprehensive reading of Ottoman and German archival sources, Yorulmaz provides a fresh and deep analysis of the workings of the arms trade in the Ottoman Empire as an integral part of German strategy starting with [German Chancellor Otto von] Bismarck. Any study of German-Ottoman relations will need to take this work into account. This is scholarship at its finest," wrote Professor Jonathan Grant of Florida State University. Yorulmaz is one of the very rare figures who studies arms purchases in the time of Sultan Abdülhamid. Trained at the Marmara University Department of Economics, Yorulmaz pursued his master's degree in the field of economic history. During this period, he became interested in the arms trade in the Ottoman Empire. He further studied this subject while obtaining a doctorate at the University of Birmingham. Prior to his doctoral studies, Dr. Yorulmaz studied economics and economic history at the University of Heidelberg, Tübingen and Freie University Berlin in Germany. He had the opportunity to conduct research in Ottoman, German, British and U.S. archives. Now, he is the advisor to the prime minister of Turkey.